The Father of Modern Wine Making

Jean-Antoine Chaptal (1756 - 1832) was a scientist, principally an applied industrial chemist, but also with an interest in agronomy. Chaptal began his career studying medicine and progressed from there to chemistry. His wife's family were textile dyers and some of his early work was done developing mordants and dyestuffs, and on using steam and bleach as whitening agents for textiles.

He set up chemical works for manufacturing acids and sodas and is responsible for coining the word nitrogène as the name for the gas used in making nitric acid. In English we now know that gas as nitrogen of course.


Looking towards the Forest of Amboise from the Pagoda at Chanteloup. 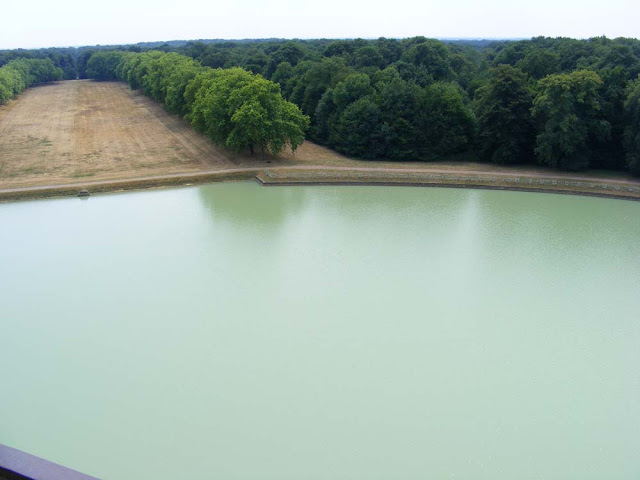 During the Revolution he was put in charge of the manufacture of saltpetre and gunpowder.

A disciple of the guillotined Lavoisier, he applied Lavoisier's formula on the conversion of sugar to alcohol to the production of wine in the years immediately after the Revolution and can be said to be the father of modern wine making. He was a great populariser of the practical applications of science and chemistry in particular and his methods were widely disseminated and quickly adopted by winemakers, revolutionising the industry. Along with like minded men such as Parmentier, he wrote a treatise on winemaking that covers everything from vineyard management to fermentation and distilling, which is the basis of modern winemaking. Chaptal gives his name to the practice of adding sugar to grape juice in order to increase the alcohol content once fermented. The higher alcohol content is designed to make the wines keep longer in the days when wine was stored not in bottles but in barrels, and with less concern over controlling the temperature consistently. Chaptalisation is mostly banned these days in French AOCs, except under very specific circumstances.


Looking towards the Chateau of Amboise from the Pagoda at Chanteloup,
grape vines in the foreground. Napoleon Buonaparte appointed him Minister of the Interior in 1801 and he used his time in office to reform the health system, setting up hospitals and a training school for midwifes. He was also responsible for the network of provincial museums in France and the introduction of the metric system.

In 1802 he became the owner of the Chateau of Chanteloup at Amboise. He used the fields around Chanteloup to develop his ideas on agronomy. He bred merino sheep and grew sugar beet. Along with several other highly regarded scientists of the time, he developed the crop to be more productive and worked on methods of extracting and refining sugar from beets. A sugar extraction plant was set up at Chanteloup. France had lost access to its sugar producing colonies because of the Napoleonic Wars. There was a desperate need for agronomists to develop sugar production on the French mainland and Chaptal was not the only leading scientist of the day to be involved.


Looking towards Amboise from the Pagoda at Chanteloup. 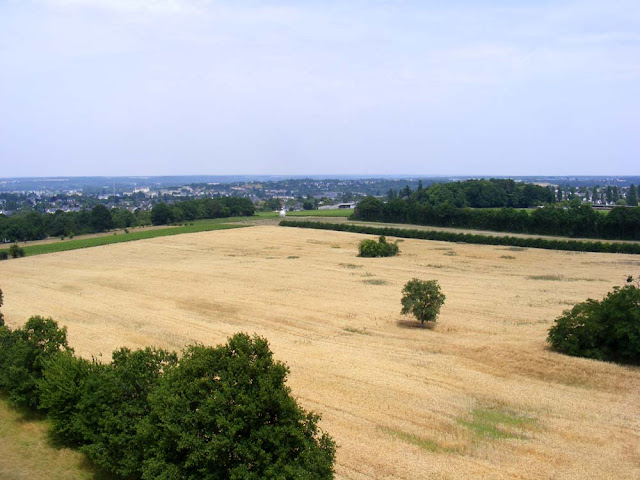 Chanteloup today is right next door to the local agricultural high school where teenagers learn winemaking and vineyard management as the prelude to further studies in an oenological or viticultural career. Curiously, the tourist leaflet for the Pagoda, the only remaining part of the Chanteloup estate, only mentions Chaptal's involvement in the development of sugar beet and not his reforms of the wine industry. To read the leaflet you would think he singlehandedly solved France's sugar crisis too.

Although clearly brilliant, his genius was to develop the theories of others into practical applications rather than making new scientific discoveries himself. He was not universally popular due to his disregard for certain social and political niceties. He arranged for his son to be appointed as mayor in a town where he had a factory in order to stop the previous mayor complaining about the pollution the chemical factory produced. Another parliamentary colleague who was a keen beekeeper had similar concerns with Chaptal's approach to industry and chemical waste.


Looking out over the Loire Valley and towards where the chateau once stood,
from the Pagoda at Chanteloup. 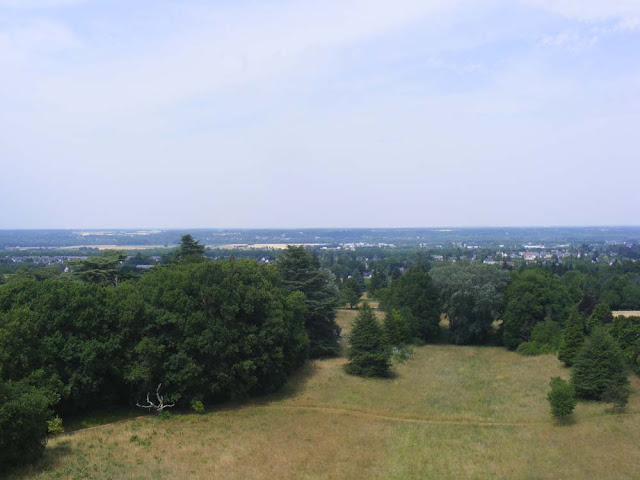 In his last great work he published on the subject of soil chemistry, covering composition, air, heat, the role of water, the influence of electricity on vegetation, the role of light and temperature.

In 1823 he had to sell Chanteloup to cover debts incurred by his son, who had made large speculative investments in a huge chemical factory. The chateau and most of the grounds were purchased by a consortium who demolished the buildings and sold everything off as salvage. The pagoda, formal pond and the forest were bought by the future King Louis-Philippe. Chaptal died in poverty in 1832.

************************************
Au jardin hier: Tim came with Betsy to mow. He was hoping to kidnap some more Wasp Spiders to restock his place but my supply isn't as good as last year so he went home with two bottles of Berrichon beer, the seed head of a Lady Orchid and a punnet of black grapes. Betsy does the perfect job for the orchard because she doesn't cut too low and slices through volunteer cherry trees like one thing. I'm deeply grateful to Tim for being prepared to help.

On my pre-mow checking round I encountered a lovely Swallowtail caterpillar sunning itself, then later munching on some Wild Carrot. Also two very large specimens of Warted Amanita and a few Weeping Bolete.

I planted more brassica seedlings, a gift from Pauline -- cabbage, brussels sprouts and cavalo nero.
Posted by Susan at 09:00

Email ThisBlogThis!Share to TwitterShare to FacebookShare to Pinterest
Labels: Food and Drink, Pictures of Chateaux

I forgot to bring over the lettuce seedlings!!
T

Damn! A few lettuce seedlings would be appreciated and I have the space prepped for them. Will they hold for a week or so? I can't pick them up or do anything with them this week.