Archaeology at the Logis Royal, Loches

The annual archaeological dig at the Logis Royal in Loches was underway last week. They are working on the section between the destroyed private chapel and the 15th century addition at the rear of the Logis. 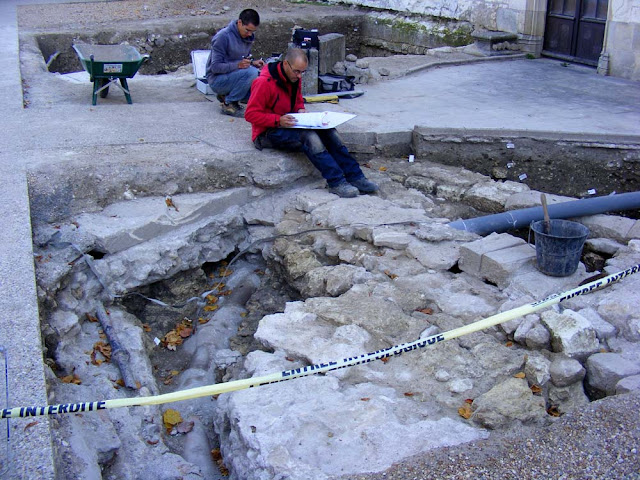 I asked what had been found so far and they shrugged ruefully and said it was complicated. There are just walls going every which way and they haven't had a chance to work out the sequence or stratification yet. 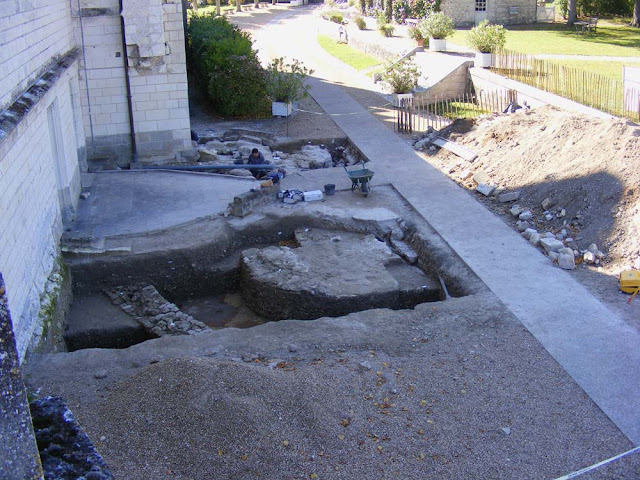 You can read about previous digs here (What's Under the Chapel at the Logis Royal?) and here (Digging a Medieval Chapel in Loches).

*********************************************************
Think on This: The 2015 Nobel Prize for Physiology or Medicine has just been announced. So the next time I want to complain about the use of Avermectin and Ivermectin on cattle, its effect on insects associated with dung and all the knock on effects to bats and other insectivores I must acknowledge that some good has come out of it. William C Campbell and Satoshi Omura, who developed the drugs from soil bacteria, have taken it even further and almost eradicated two horrible human diseases -- River Blindness and Elephantiasis. However, it doesn't mean that graziers should continue with routine calendar based prophylactic dosing of cattle when there are other ways of managing the problem.

Likewise the next time I want to diss Traditional Chinese Medicine (TCM) as science woo I must remember that occasionally it comes up with something really worthwhile. Youyou Tu has developed a drug for malaria from traditional plant sources (Sweet Wormwood Artemisia annua*). Importantly it works on patients who have chloroquine resistant malaria. However, it doesn't mean that TCM shouldn't distance itself emphatically and right now from the trade and belief in rhino horn as having medicinal properties. In fact, practioners of TCM should be actively campaigning to disabuse their clients and potential rhino horn buyers of the possibility of any link between the product and a cure for anything. Ditto lion and tiger bones.

*Sweet Wormwood, known as Armoise annuelle in French, is native to Asia, but has naturalised in the Rhone Basin around Lyon, where it is considered a noxious weed. It also occurs in other areas of France, but not, as far as I know, in the Touraine Loire Valley.
Posted by Susan at 09:00

Thanks to you, I'm now very much aware of the problems associated with the ivermectin our
dog receives each month. Fortunately, she's small which makes it easy to take care of "deposits."
Heart worm disease is a problem where we live so the treatment is a necessity.