Now this was a puzzle:

We were recently in Montrésor and Simon was intruiged by the clothes peg baskets full of bottle tops wired to a tree. Many thoughts crossed his mind (he is like that...) none of them either practical, relevant or sensible. 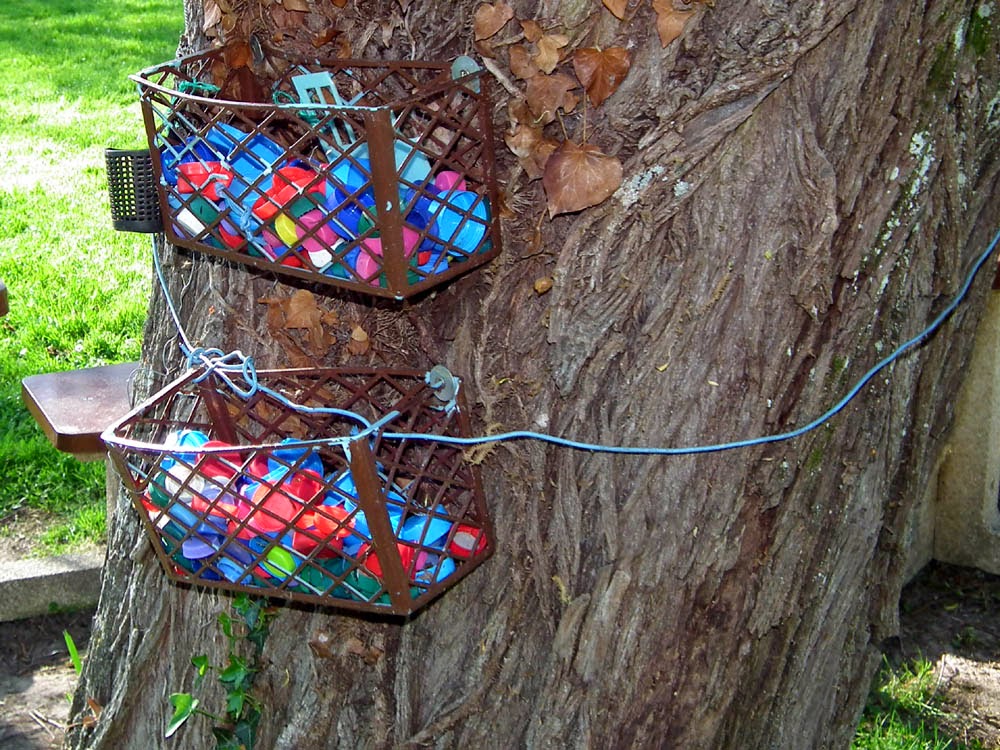 Until he looked around and noticed the setting.  Under the same trees are seats and picnic tables with strange markings.  Suddenly it made sense. 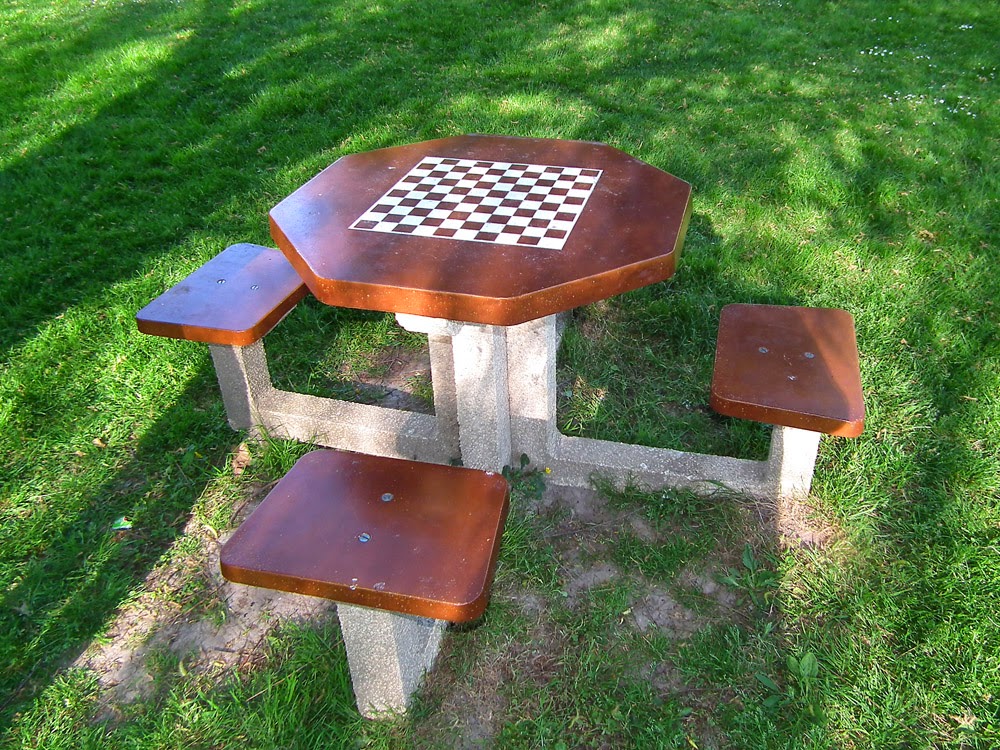 
Now this was also a puzzle:

After returning home from a very pleasant apero with Tim and Gaynor (combined with picking up plunder - cheese, car oil, the usual sort of thing) we had dinner, then Simon settled down to watch a program about comets on the TV. Something provoked him to wander outside to see if there was any celestial action.

He strolled back in (actually, he didn't, he burst back in) to the house and said "I think I have kicked a hedgehog". Sure enough, on investigating with torches we discovered a very put upon looking hedgehog in the driveway. 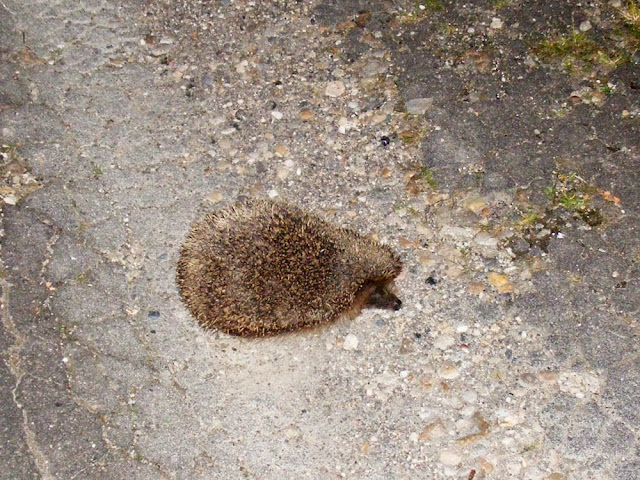 What amazes us is that in 9 years we have never seen any sign of hedgehogs around the house, yet Simon immediately assumed that's what he had done. It may have to do with having a bobo on his toes (naturally he was bare footed), because nothing else around here is that prickly.

An hour later there was no sign of the hedgehog, Simon's toes had stopped hurting (it felt like the world's weakest nettle sting), and our driveway had returned to it's normal, peaceful state.
Posted by Susan at 09:00

Email ThisBlogThis!Share to TwitterShare to FacebookShare to Pinterest
Labels: Montrésor, Towns and Villages near Preuilly

Half the fun of that game is....
[a] can you still recall the rules of draughts/checkers
[b] sorting out a full set of the same coloured tops.

"Attack of the Urban Hedgehog"....
it was after Cellies tyres...
revenge you know...
just a well positioned quill...
wedged under a front wheel...
you'd better check, they do it all the time those hedgepiggies!!

And I hope you've recorded that poor hedgehog on Faune Touraine!!

In 12 years here, we've seen hedgehogs only a time or two (or three). Once we uncovered a nest with a mother and little ones in our compost pile in the spring. But the hedgehogs don't seem to settle down here. Of course, fear of Callie might have something to do with that.