Marie-Genevieve-Charlotte Thiroux d'Arconville, the daughter of Guillaume Darlus, was born in Paris in 1720 and died there in 1805. Her father was one of Louis XIV's super rich tax farmers general by the time she was a teenager, but her mother died when Genevieve was only 4 years old, and her early years were relatively austere. Nevertheless, her father ensured she was carefully educated in the arts, although she didn't learn to write until she was 8.

She was married to Louis-Lazare Thiroux d'Arconville, President of the Paris Parliament, at the age of 14 and by the age of 16 had their first child. Two more children followed before she was yet 20. Despite this, marriage also enabled her to engage in her lively interest in learning. 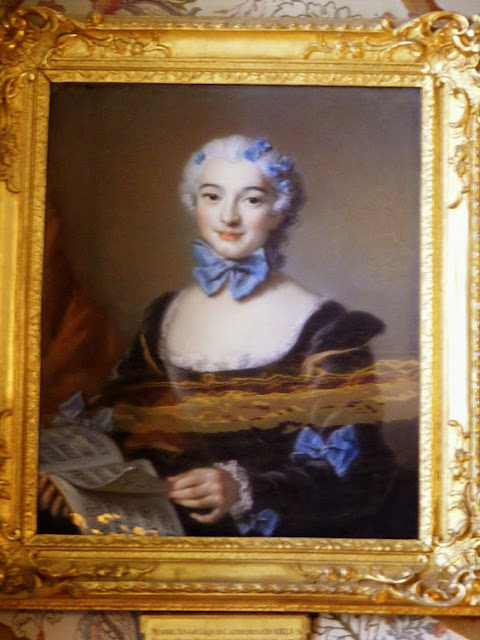 When she was 23 she contracted smallpox and was badly scarred. It caused her to withdraw from society, giving up all entertainments and outside social activities and dressing like an old lady. She occupied herself with writing and scientific experiments, producing works on history, physics and chemistry. She corresponded with and read Voltaire, Rousseau, Jussieu and other great thinkers and scientists of the day, and received them in her home. She took courses in subjects such as anatomy, one of the first women to be admitted to such classes.

She set up a hospice style clinic in a house that she owned, where both paying and charitable cases were treated. At the outbreak of the Revolution she sold the house and was openly against the Revolution, causing a rift with one of her sons.

When she eventually published, in her mid-thirties, it was anonymously and for a long time after her death her work was attributed to Didier. Much of what she published was translations from the English (her first was a translation of Lord Halifax's Advice to a Daughter), but she also wrote novels, biographies and autobiographies, moral treatises and original scientific works. Whilst she wished to disguise her gender, she cleverly managed her publications so they were clearly by the same person and formed a body of work which received some critical success in her lifetime.

Her first scientific work was a translation of an English language treatise on osteology. In addition to translating the work into French she added 30 drawings of the human skeleton, including a controversial one of a female skeleton. The original author had eschewed drawings, believing that real skeletons must be studied. But Genevieve d'Arconville recognised the value of drawings as providing a bridge for those who wanted to learn but were a bit squeamish at first. She also added explanations and commentaries to the original work, and a table of contents and re-ordered the text so the book was more user friendly. Apparently the original work is quite a modest tome, but the French version is enormous, and in two volumes. 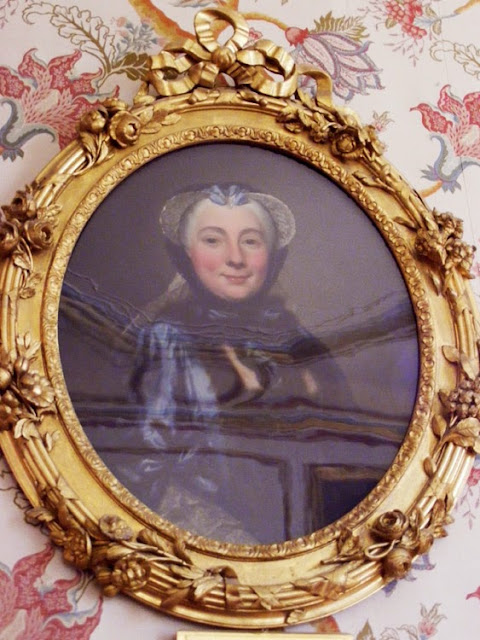 Right from the beginning she chose to publish anonymously, as she felt there was some social risk for a female in print. The books were published using the name of a male surgeon who she took into her confidence and trusted.

Then she moved on to the subject for which she is best known -- the putrefaction of matter. She was interested in two aspects of putrefaction -- how one might preserve food, and what the actual transformation during putrefaction was, how it worked, what caused it. She conducted hundreds of experiments on meat, fish, milk and eggs, following a strict scientific protocol and recorded daily observations. Her laboratory was on the damp ground floor of her country house and had windows facing north and south which she used to her advantage in the experiments. Her experiments, following on from work done in England that she had read and translated, showed that quinine was an antiseptic, but she disagreed with the Royal Society scientists on cammomile being useful as a preservative. She remained one of the foremost authorities on the subject until Pasteur discovered the role of microbes.

Her niece married the Marquis of Vibraye and two portraits of Genevieve hang in the Chateau of Cheverny, the Vibraye family home.
Posted by Susan at 09:00

Wonderful post, Susan. One tends to glance at portraits in chateaux or
stately homes and think "nice painting." Hope Genevieve received the
respect she deserved in her lifetime.

That was fascinating....someone else to look up! Thank you.