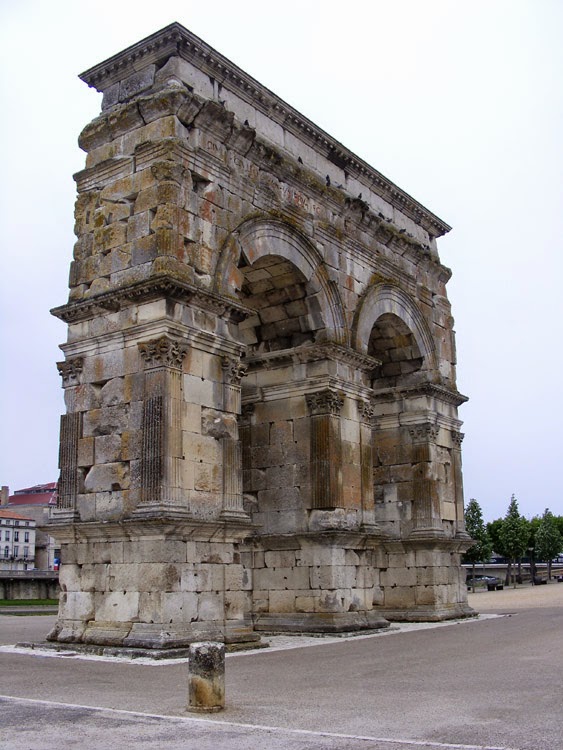 Recently we spent a couple of days at the coast with Simon's parents. On our way back we took a slight detour to visit Saintes, where we knew there were impressive Roman ruins. The most obvious of these is the Arch of Germanicus, once at the end of the bridge across the Charente on the main road from Lyon. The modern route has shifted downstream and the Roman bridge long gone, but the arch remains on the river bank.

This triumphal arch was built by a wealthy local in 18 or 19. That indefatigible champion of French built heritage, Prosper Mérimée, had the arch moved some metres to protect it from work on the quay and it was restored in the mid 19th century. The arch's inscription dedicates it to the Emperor Tiberius, his son Drusus and his charismatic nephew Germanicus, who died not long after the arch was erected. The original benefactor, Caius Julius Rufus, was of Celtic (Gallic) origin, but his family had been given Roman citizenship in his grandfather's time, possibly by Julius Caesar himself.