Bright blue colours in birds and insects is literally a trick of the light. These species don't produce a blue pigment, but due to microscopic scales or other physical surface arrangements for refracting and reflecting light, what the human eye sees is sparkling blues and greens. Because the colour is caused by the actual structure of the animal, this type of colour survives even in fossils.

Here are some local, living examples: 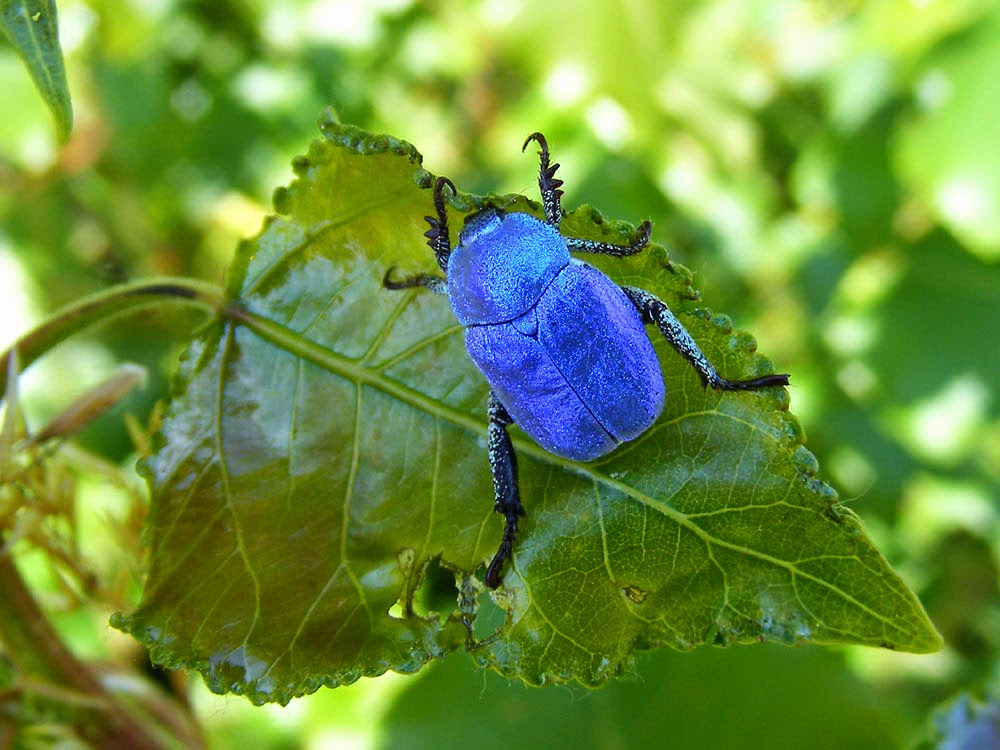 A peacock at the Chateau de Rivau, near Chinon. 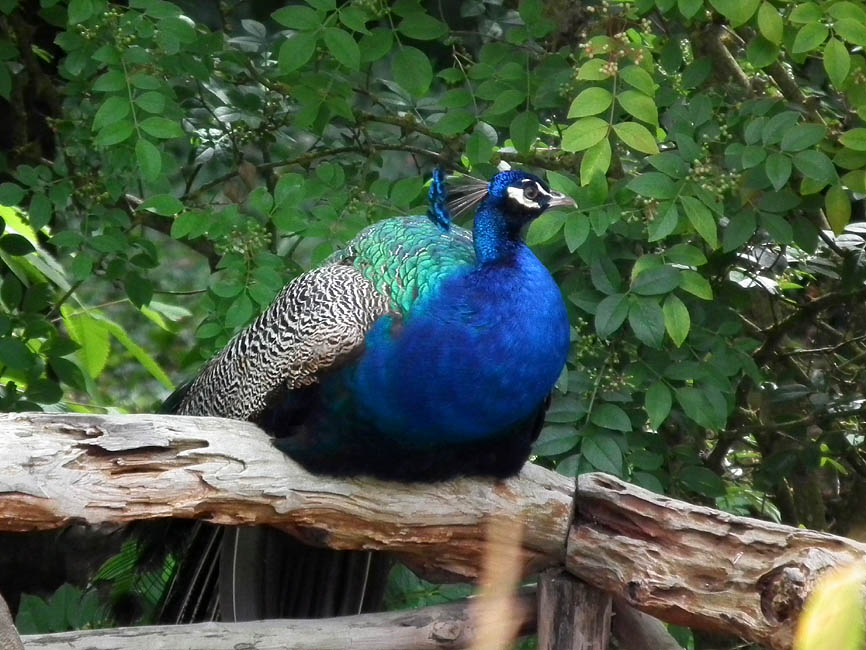 A male Adonis Blue Polyommatus bellargus on one of my butterfly survey transects. 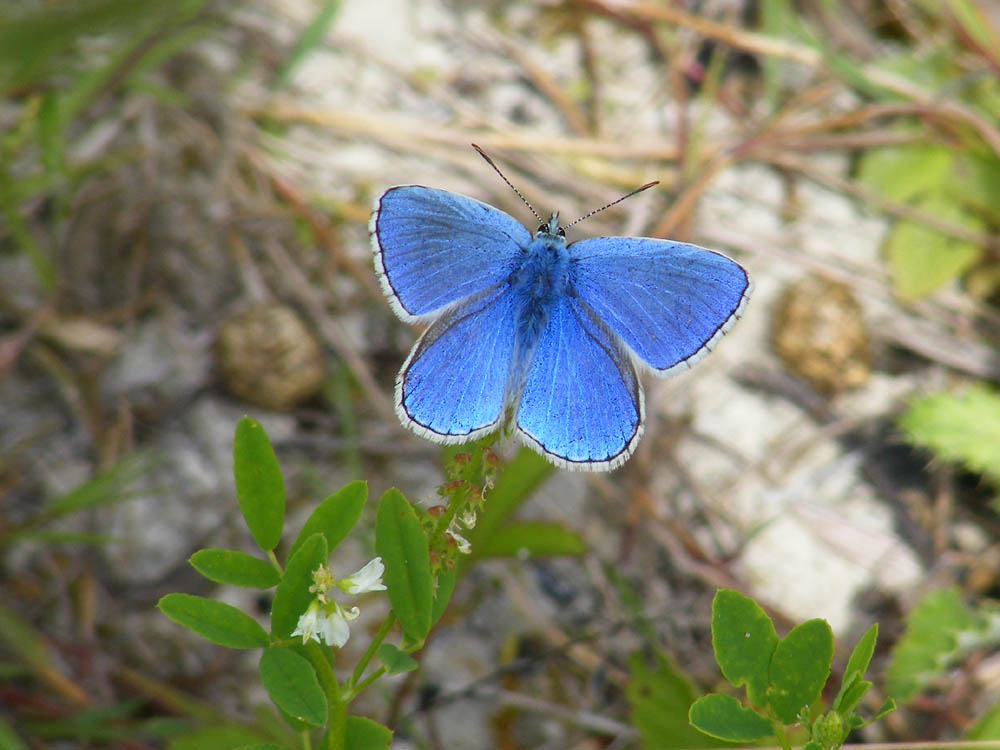 Fossils of this irridescent reed beetle Plateumaris sericea and other closely related species have been found in Japan. These rather lively ones were photographed in the Brenne. 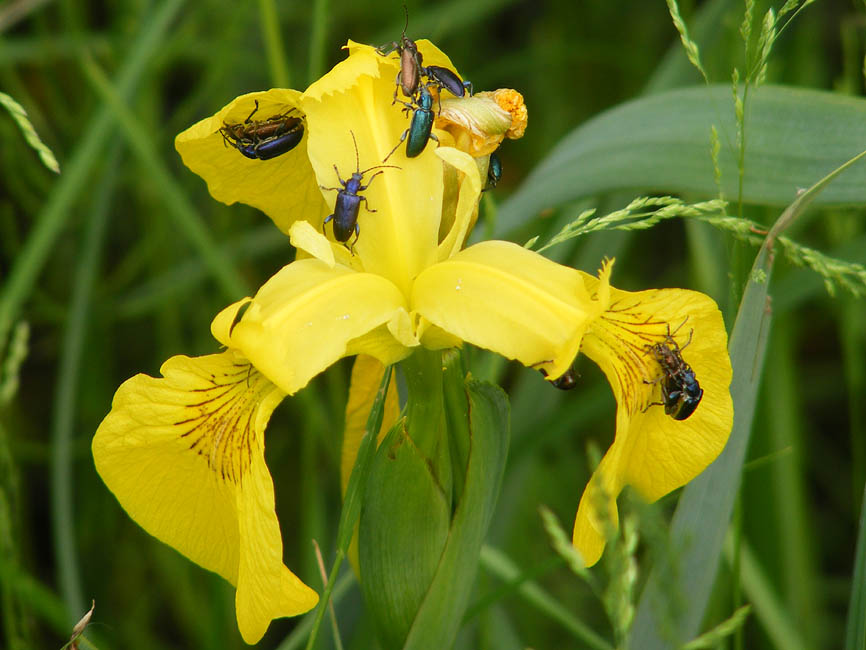 These are fantastic photos. I have never approached micro-photography -- not really equipped for it -- but my husband has. The beetle photo is stunning.

Those Hoplia beetles are really gorgeous.