The Puys du Chinonais are so interesting botanically that I thought they deserved a second post. The first one can be read here.

The reserve has species which are only found on sandy sites, such as Sand Catchfly Silene conica. 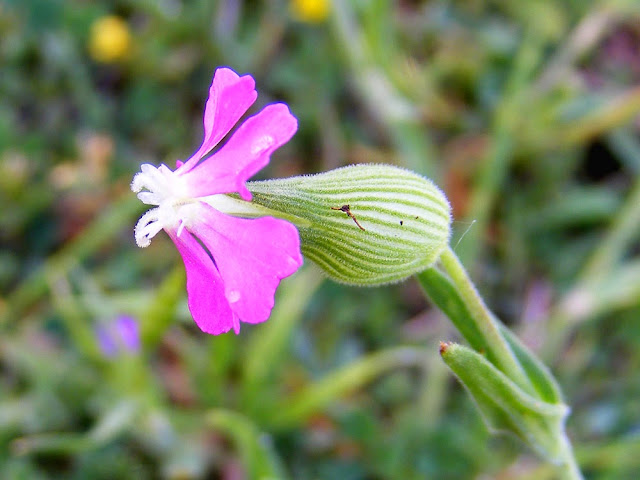 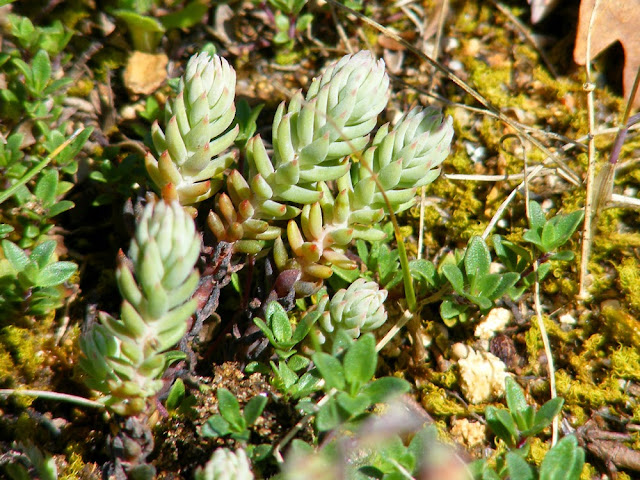 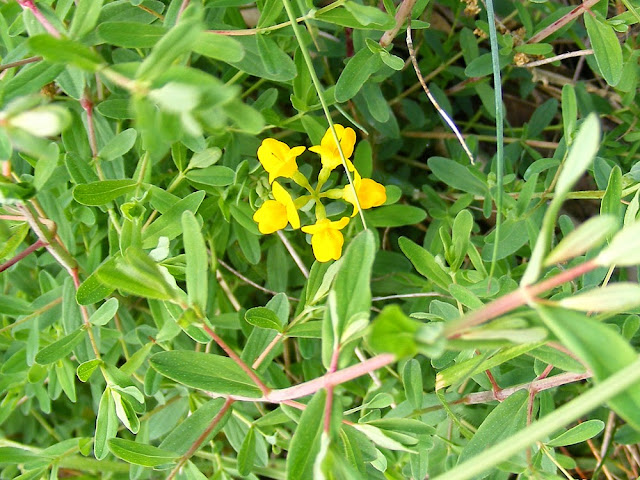 This Broomrape Orobanche sp was growing right next to Field Eryngo Eryngium campestris (Fr. Panicaut) and digging the plant up proved that it was parasitising the Field Eryngo, thus establishing that it was the rare and localised Sand Broomrape O. arenaria. Without digging it up we could easily have assumed it was the equally rare Thyme Broomrape O. alba as Breckland Thyme Thymus serpyllum (Fr. Serpolet) is everywhere on the site, scenting the air in a most delicious way when you inevitably step on it. François' top tip for identifying wild thymes is: Breckland = round stems hairy all over; Large (T. pulegioides) = square stems hairy on the angles; Wild (T. polytrichus) = square stems hairy on the faces. 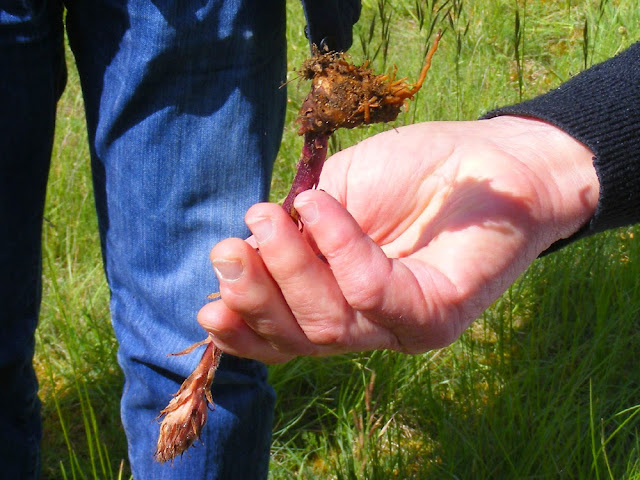 The site is managed to maintain populations of certain 'star' species. This pile of grass clippings acts as habitat for reptiles and small mammals, but is there because this section of the site must be mowed and the clippings raked up to keep the rare Pasqueflower Pulsatilla vulgaris thriving. Ideally the site should be grazed instead, but managing it has proved impossible so far. 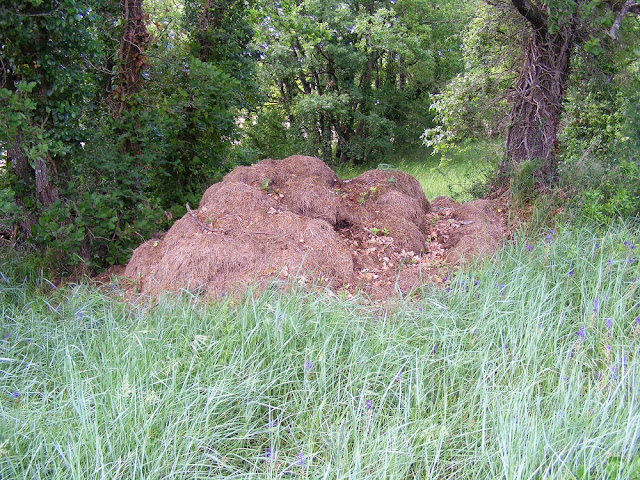 To my considerable surprise there is a large patch of wild Gooseberry Ribes uvo-crispa and Red Currant R. sanguineum growing in the woodland section. I was assured that this is a genuinely wild population, not garden escapees, and that the two species occur in many cool shady places throughout the Touraine. It never fails to amaze me how many plants one can find here growing wild that have been adopted by gardeners world wide. The Touraine is truly the garden of France. 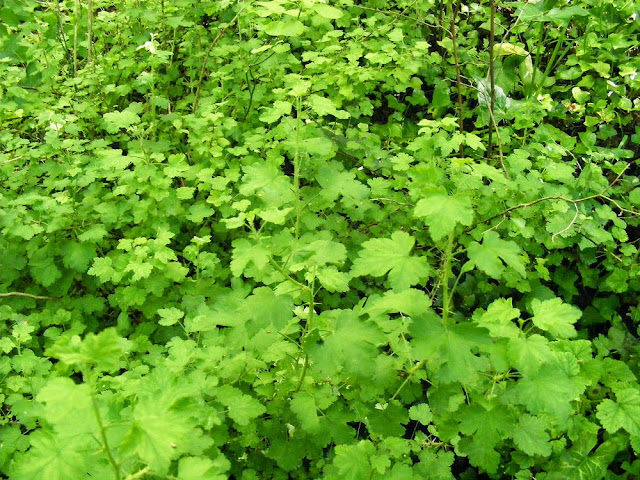 I love these posts and thank you for so generously sharing your knowledge. I'm one of those who looks at the various wild plants and thinks "Eh, weeds." Even as I know it's important to sustain them.

I hardly ever see weeds :-)