... but at the moment it's only spring one day at a time. We have had some lovely sunny days, and a few crisp mornings, but these have been interspersed by wet, windy and cold days. Luckily, I think countryside can look lovely, even in the middle of a squall. 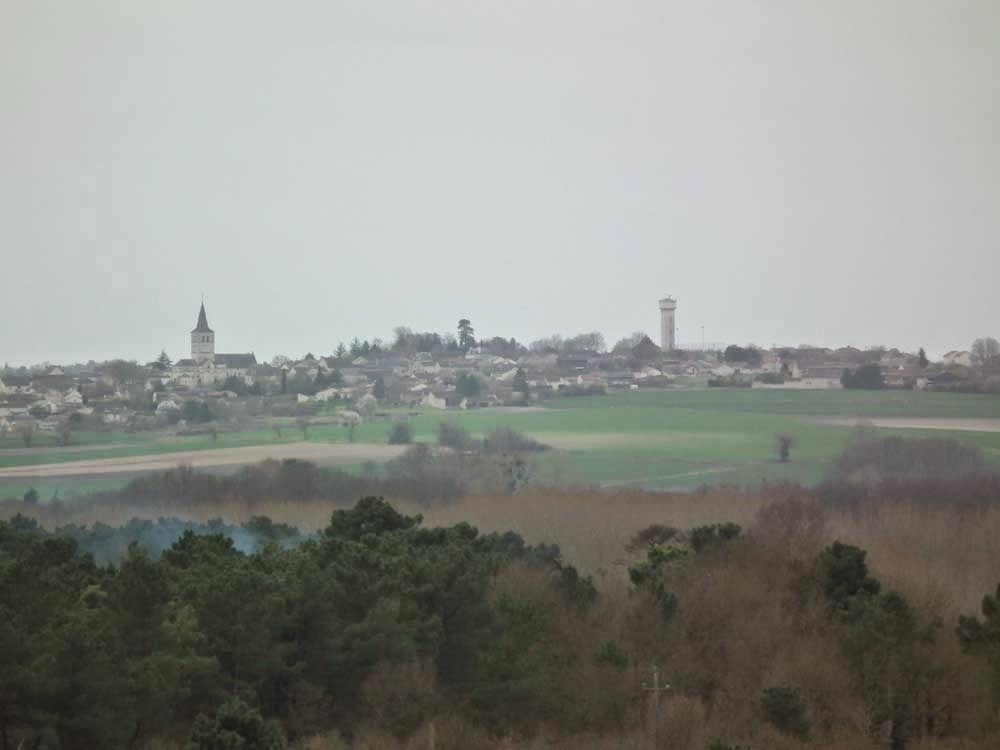 Unfortunately, you don't get the full effect of the softness of this photo, because Google (who own blogger) have a deliberate policy of ruining people's photos by over saturating, over contrasting, and sharpening any photo posted to blogger. They call this "auto awesome" and there appears to be no way of avoiding it. (There are many pieces of advice on the internet as to how to do it, but they all involve signing up to Google+. I tried it, it doesn't work). They have been doing this since about two weeks before I stopped blogging regularly in 2013. 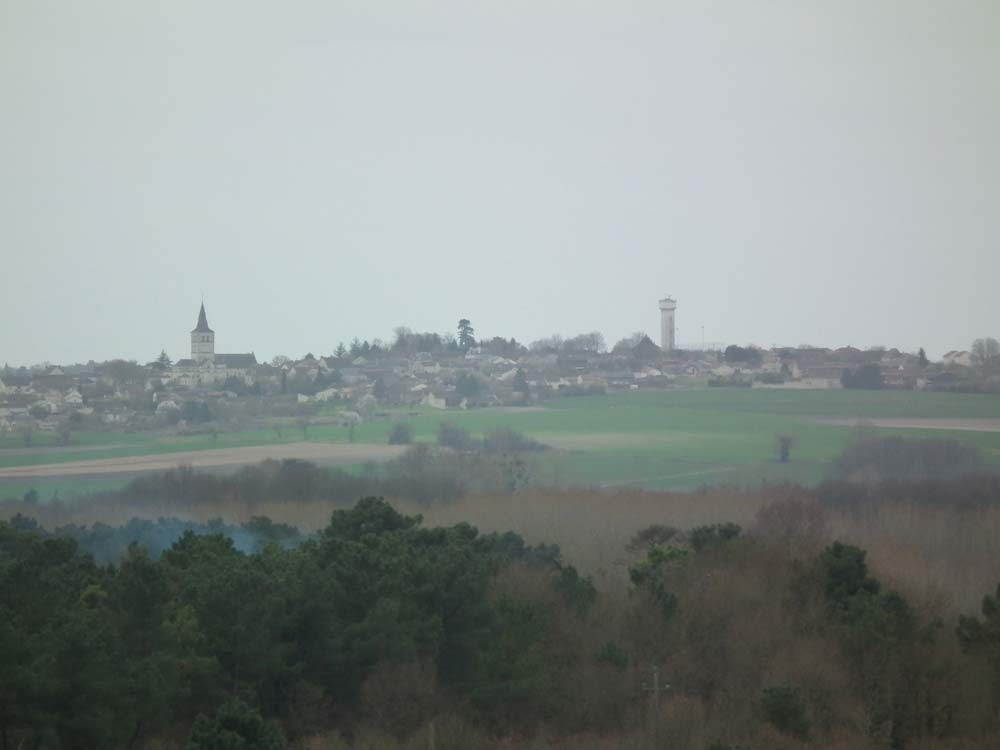 It's subtle, but obvious: especially when you compare the two side to side. (It's even more obvious when you click on the photo and view in full size) 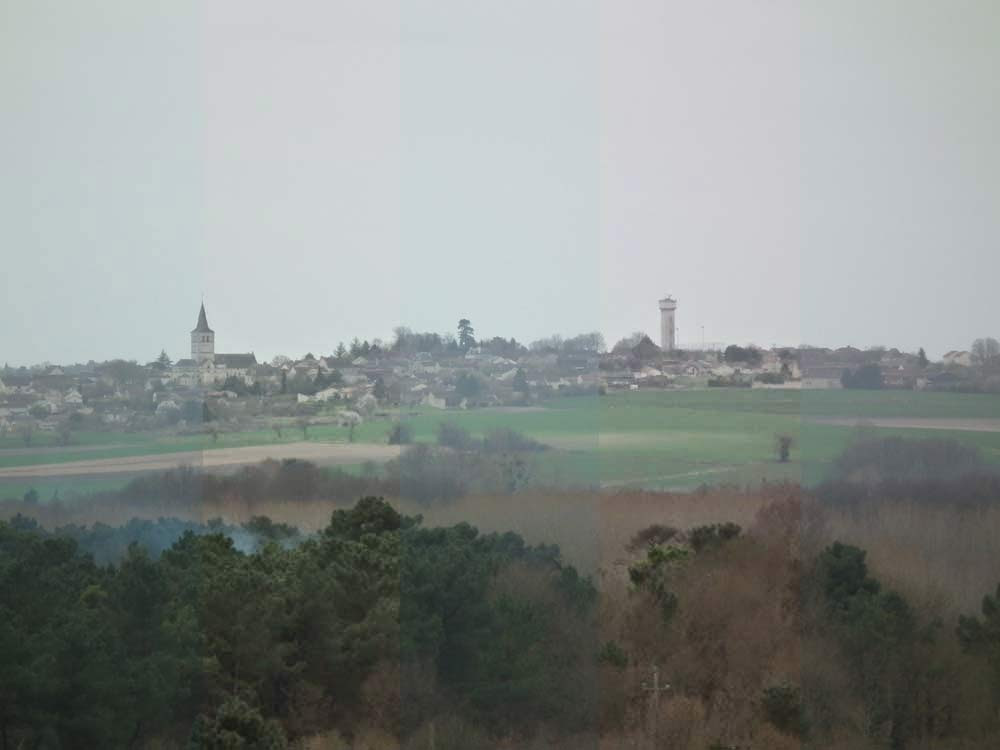 So if you have a blog and your photos just don't look right, don't blame your camera or your computer, blame someone at Google with the tastes of a child who thinks that everything should look like a computer game.

To see what this really means, this picture is identical to our blog header - in fact, it is our blog header, but loaded into blogger instead of our own server.

You will notice that instead of the photo backgrounds being the same colour as the blog backgrounds the greens are much lighter, the slightly off white text is now white, and the grass is yellow, not green.

Even better, each time you load the photo, it gets auto-awfulled - here I have downloaded the above photo from blogger and reloaded it again to blogger.

I do not blog often, and when asked why that is, I say that it's because I just do not like blogger. This is just one of the causes of that dislike.

********************************
Note from Susan: For those who like to know these things, the village in the top photos is Faye le Vineuse and the photo is taken from a hill behind Braslou. The smoke on the left in the middle distance is from a roadside still. We chatted with the owner, who was distilling red wine into eau de vie in one still and fermented plum pulp into eau de prune in a second. Some large plastic rubbish bins full of fermented pear pulp were waiting in the wings. His clients were extremely camera shy and no photos were allowed unfortunately. But Elizabeth and I were allowed to climb the steps to reach the top of the alembic and sample the eau de prune as it was piped into the second chamber of the still. Many thanks to Colin and Elizabeth for introducing us to this walk around Braslou.
Posted by Simon at 09:00

Email ThisBlogThis!Share to TwitterShare to FacebookShare to Pinterest
Labels: Richelieu, Towns and Villages near Preuilly

Simon... try Wurdpressed.... NOT...
they seem to be even worser!!
Which is why I changed the trees one to Splodger.

The difference above is clear... especially in the side-by-sides...
the second splodgered one even looks stripey on this monitor!!

Everyone seems to "do-up" peoples pictures as if they know better than the photographer...
Pentax User competition pix get darkened...
so I am now altering the print output in PottyShop...
to around 85 to75% BLACK...
and that seems to be near the mark.
Flikka does it now... it

Still, as far as I am concerned, I am reluctantly willing to live with it...
the information Pauline and I put up is more important than the ultimate picture quality...
but for a photo-blogger it has got to be the most annoying system out...
my bro' who sells his images has stopped putting all but non-commercial pix up!
Tim

Sorry, Simon...
I am now writing comments in Notepad and "cut'n'paste"ing them, because Spodger keeps dropping out...
the line beginning "Flikka does it now...."
should have gone on to read...
"Flikka does it now.... it over brightens and oversharpens to a horrible degree...
actually worse than above... so I am now putting up "dulled" pix!!"

Susan, thanks to you for approaching the men and asking the questions which got us to the top of the steps! They were a "rum bunch" and it's a pity we couldn't get them to pose for a photo: it would have been a priceless record of social history and life in rural Touraine.

I don't think it's the Auto Awesome feature that's the problem, it's the Auto Enhance. Look here and scroll down to the Photos and Videos settings. I turned off Auto Enhance months ago when I started noticing that my photos were being altered after posting them. I have noticed such alterations since turning it off. Maybe I'm just not paying attention...

I hope my link to the Google + settings doesn't give you my settings! If it does, please don't change them.

Ken. the problem with that is it means I have to start a google+ account. I spent weeks deleting my google+ account when I accidentally started one for the business. (It insisted on putting my home address and home phone number visible on the web for all to see)

If I search for your name on the French pagesblanches site, I get your street address and your phone number. What's the difference?

Ken - nope - no gmail. Never would. I sometimes don't like reading my own email, I would hate someone else doing it.

How did you find me? I put Loire Valley Time Travel and LVTT in a got no reponse. What I object to would be someone looking up the business, and ringing me at home at 2.00am from the US because Google insists on having my home phone number listed

should also mention that I hate having to completely close down firefox after logging on to google so I am not being tracked. This isn't paranoia, but if I do not do that Google search responds with things it thinks I want to see based on previous pages visited, not on what I ask to see.

Marc is the waste product (grape skins and seeds). That was confirmed for me when I asked about it at the still. I don't know if the name transfers to the initial fermented grape juice or to the eau de vie. They were referring to the end product as eau de vie. Wineries refer to the waste skins and seeds that they send off to the pharmaceutical distillers as marc.

You are right about the one made from plums -- the bottle I have in the pantry has a hand written label saying 'eau de vie de prunes' (the other one just has 'prunes' written on it).

The clients were a rum bunch, for sure, but the patron seemed like many other artisans I have met -- neat, professional, friendly and happy to explain what he does.

I searched on your name. I guess I had to know that before I started. Sounds like you need a business phone number that can take messages rather than a home number that rings at all hours of the night and day.

Marc can also be a synonym for pomace, and whenever I have heard the word used here it has been in that sense -- the solid waste left after pressing or in this case, distilling.

I was totally fascinated by this information about what Blogger does to photos. And I had not noticed! I guess I don't have a very sharp eye...

As for Google+, I don't think I will ever figure that social media platform out...

There are search engines that don't track you. One has Duck in its name. Can't remember exactly. Oh, just found it: DuckDuckGo Plus. Have you tried that one?