Meet Kaiser. He's a French Bulldog, or Frenchie for short (Fr. Bouledogue français, or bouli for short) and belongs to our friend Stéphanie from Blois. He's well mannered and friendly, although his loving owner does admit frankly that he is un estomac sur les pattes and her friends are politely requested not to even think about feeding him at picnics. Naturally, he still manages to do quite nicely for himself. 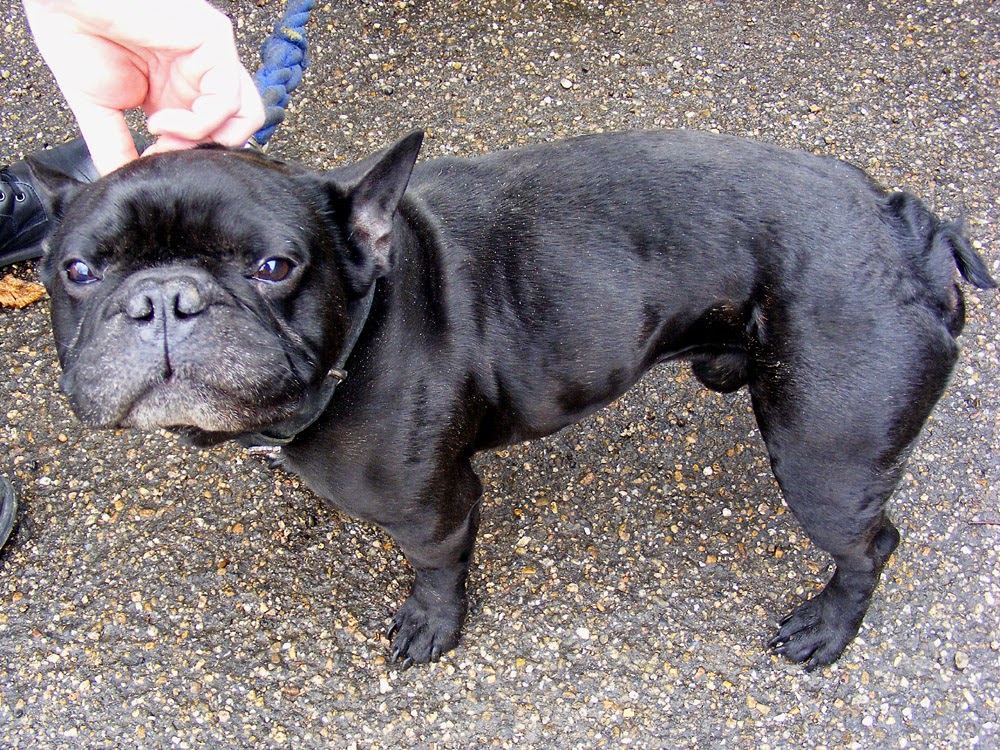 French Bulldogs are technically a type of mastiff. They come in brindle (which usually looks like black) or fawn or some mixture of the two or white. They are a medium sized dog of about 30 cm at the shoulder and weighing about 10-12 kg. Their French name translates literally as 'ball mastiff', but really it is a Frenchification of the English 'bulldog'.

The breed was developed in France at the end of the 19th century, from English bulldogs that were too small to meet the Kennel Club standards in the UK, or had other breed faults, such as ears that didn't fold over. They were crossed with terriers to produce ratters in Paris and became very popular with certain trades, such as butchers. Quite quickly they also became popular pets for women from prostitutes to princesses both in France and America.


Checking out the camera (in case it's food...) 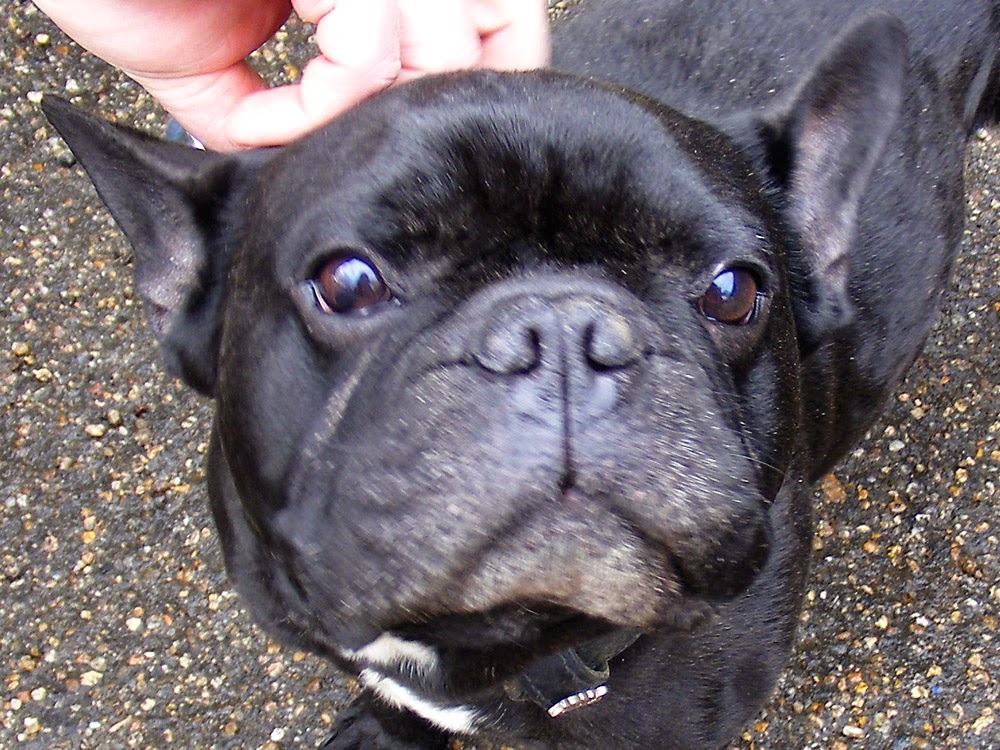 French Bulldogs are funny, playful, loyal, active and friendly, good with children and rarely bark. They have a history of being popular with celebrities. Toulouse-Lautrec, Edward VII, Yves Saint Laurent, Josephine Baker, Martha Stewart, David and Victoria Beckham and Lady Gaga have all owned or own French Bulldogs. A French Bulldog called Gamin de Pycombe went down with the Titanic, perishing with the American owner who had paid £150 for him (the equivalent of €15 700 or AU$22 000 today). The famous restaurant elBulli was named after the breed. A French Bulldog character called Rebecca Bonbon comes from the same design studio as created Hello Kitty!

Sadly, like all flat faced dogs they are prone to respiratory problems and snore like a grampus. They also have other issues that owners must be aware of, such as an inability to properly regulate their body heat, so they are susceptible to heat stroke. Owners are also advised by the French breed association to keep their dogs away from water, as they 'swim like a stone'.
Posted by Susan at 09:00

This is a perfect application of the axiom or idiom, Beauty is in the eye of the beholder!

They supposedly appeal to women in particular because they conform to the big eyed baby look. I rather like them -- the health issues are a worry, but they have great personalities.

A charming little fella... looks a bit sly in the first picture, tho...
a sort of "summing you up" look... and checking for the possibility of a handout.

Two years ago we visited the farm that did the Gelines, and someone there had one....
what I would call a true brindle, of brown with black streaks....
nice, little, adventurous dog...
he was wearing a full harness...
and everytime he got too adventurous, he was unceremoniously hauled into the air by the handle...
to which he seemed well accustomed...
he just relaxed in the harness and enjoyed the ride!

On other points:
[1] Thanks for the safe return of the headtorch....
[2] They are in bud... one quite advanced... must have missed that one...
[3] We DO have Tawnies using the oil derrick... actually got a video of one disappearing inside.... a blog post will follow eventually!!

I'm guessing [2] is blackthorn. Great news about the Tawnies!

Tim... Is Susan right or do you mean the Frittttts!!

Doh! Of course, that is what he must have meant!

Not blackthorn... think type of butterfly