Or at least, it was a mystery. Now it's some history.

After living in a small town like Preuilly sur Claise for 5 years you begin to think that you know the place quite well. You know: someone shows you a photo taken in town and you expect to be able to tell them where it is. Instantly.

So the other day I was looking at Delcampe and noticed a postcard I hadn't seen before. I downloaded it for a better look and was instantly puzzled: where was this place I didn't recognise? 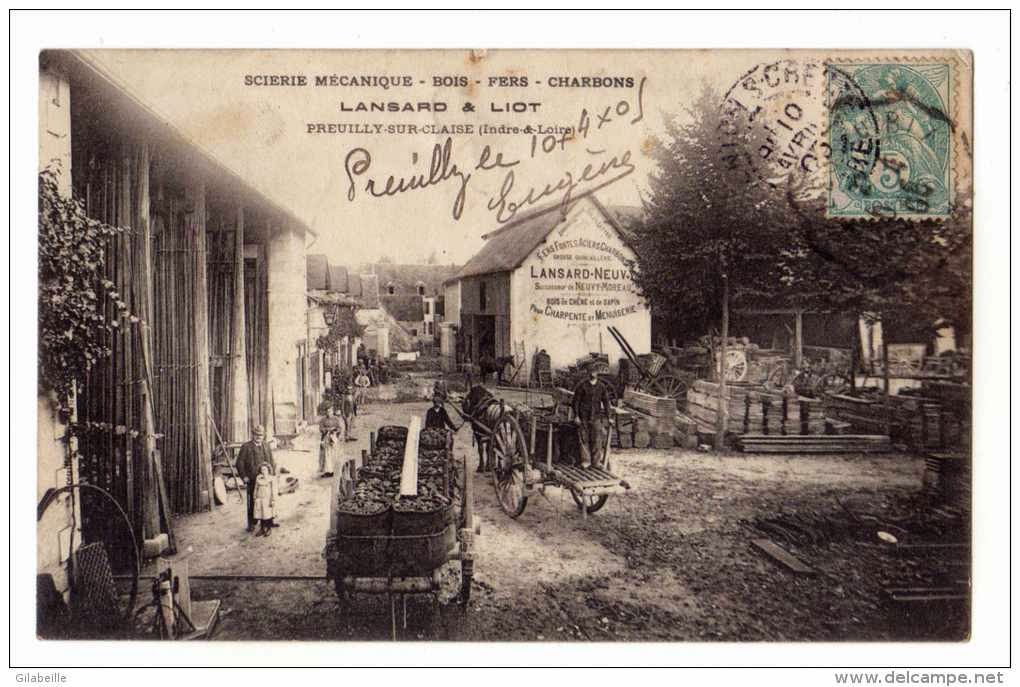 I knew it had to be south of the Claise, because the land is flat there, whereas north of the river is sloping. I suspected it had to be somewhere near the railway line, because that would make sense, but after wandering the streets (the things I do for entertainment...) I was no closer to solving the mystery. One location I checked out closely was Bertus old yard, because it sort of looked right, but obviously wasn't.

Searching for the business online didn't help either: none of the names listed for the business returned any details: Lansard et Liot, Lansard-Neuvy, Neuvy-Moreau. All have been more or less lost in time apart from the postcard.

It nagged though - I felt sure I should know it: Preuilly isn't such a big town.

Then I took to Google Earth and started looking for buildings with the correct angles - the narrowing of the gap between the building in the centre foreground, the houses on the left and in the background with lucarnes (dormer windows).

And then I had it. 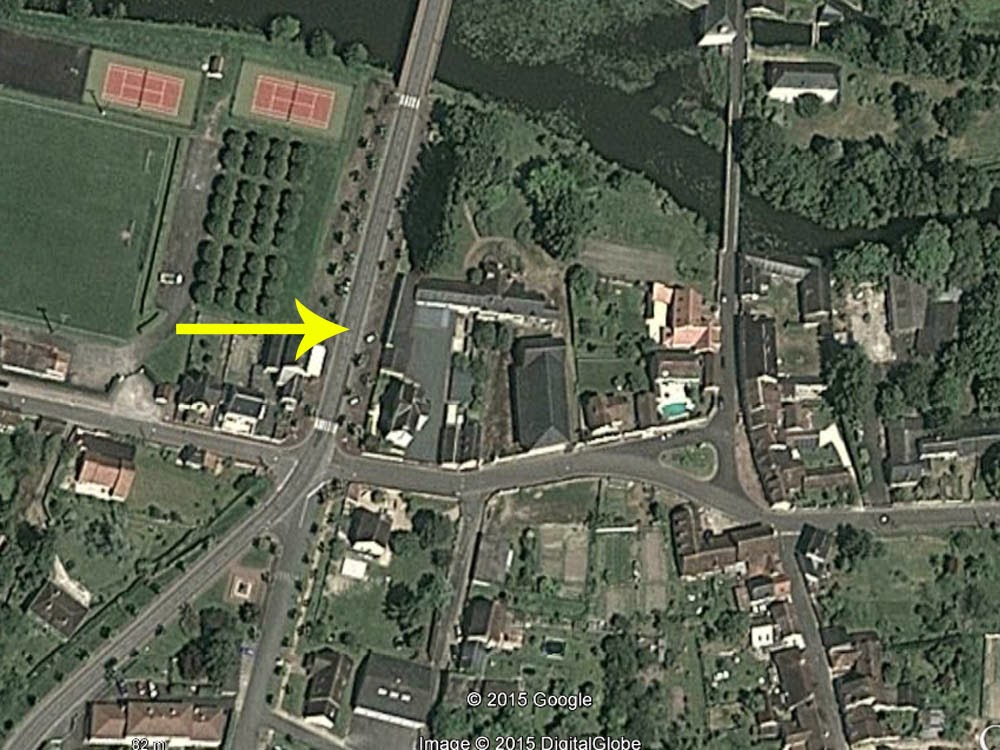 I was right about it being Bertu's old yard, but taken from an viewpoint you no longer get because of a modern building.  When you look at a contempory postcard viewing down the street you see that some of the buildings facing the road still exists, and if you revisit the shot from streetview you get the all of the buildings shown on the original postcard, but from the side instead of front on. Even the background houses, with their lucarnes, still exist. 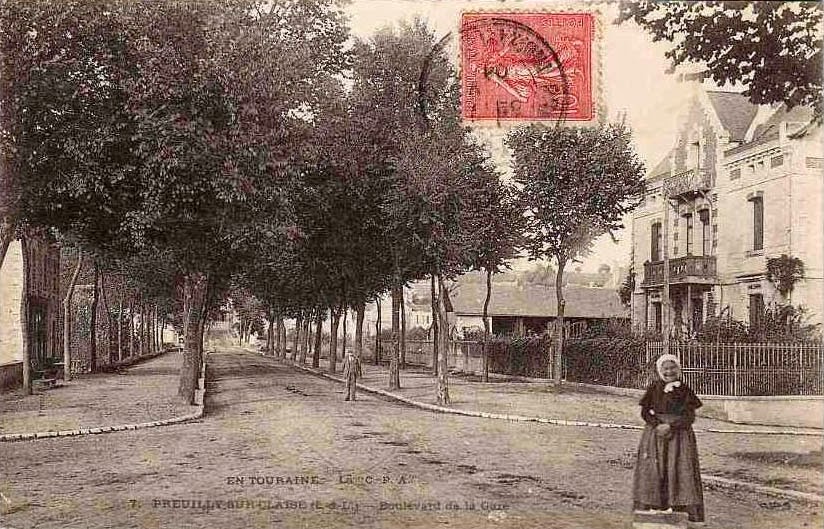 So that's one mystery solved. Now to get to grips with what caused the Big Bang. Should be comparatively simple...
Posted by Simon at 09:00

" Now to get to grips with what caused the Big Bang"....
Isn't that on Google Cosmos?

Fas-kinatin' post Simon...
all that lovely, vertically stored, seasoned timber...
in useful sizes, too... damned near six metres some of that...
lucky to get four metre lengths nowadays!!
And it is all stored indoors now... someone's very kindly built a wall across that opening!
Not surprising you didn't recognise it...
I notice the two trees are still there!!
In the aerial view anyway... the streetview doesn't seem to show them...
I'm now using Yahoo Maps for this area...
the pictures [aerial] are only four years old...
and a damned sight sharper!!