In 2008 France set in place laws that are intended to reduce the usage of pesticides nation wide by 50% by 2018. The programme that is working towards that goal is called Ecophyto. The legislation came about when it was realised that French people have higher exposure to pesticides than most other countries. One of the main culprits in terms of pesticide usage is the wine industry, but farming in general uses high levels of pesticides and France is a surprisingly rural country.

The French language has co-opted the word phytosanitaire to mean the use of all pesticides connected with plants, not just those products associated with plant health. Thus, somewhat confusingly for English speakers, produits phytosanitaires includes herbicides as well as insecticides, miticides and fungicides. Thus, zéro phyto in practice means zero use of herbicides.


Flaming the weeds in the street. 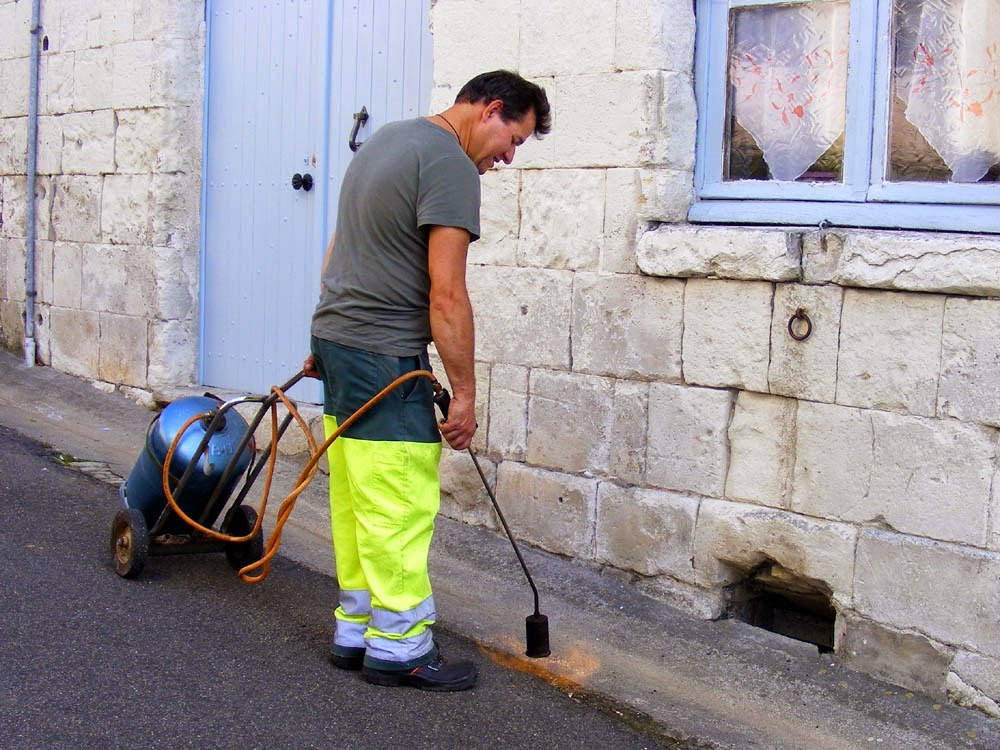 Local authorities are working towards reimagining the management of streets, parks and other public spaces so that they are using no pesticides at all. I photographed a park in Noyers sur Cher last year which was proudly proclaiming it's pesticide free status. Preuilly is amongst those taking the project on board too.

One of their first moves was to lease a street sweeper. This is an expensive piece of kit and the council wisely decided that a lease arrangement would allow them to test a model and see if it suited. As it turned out, the first one they tried was too big for our narrow streets and they swapped it for a smaller one. Regular street sweeping is important for keeping weeds down. It removes dirt and organic matter that weed seeds could take advantage of.


The hearse like vehicle that the phytosanitation man transports his gear in. 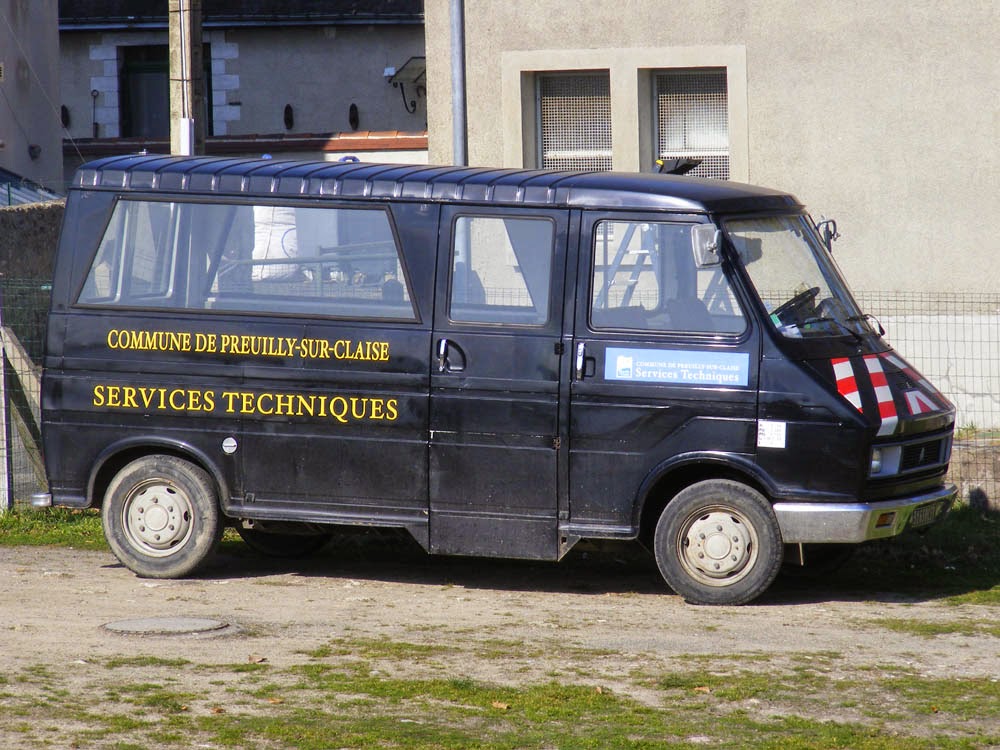 The latest technique for weed control that Preuilly has adopted is a gas fueled blowtorch for burning the pavement weeds. Personally I think the operator needs to go on a training course -- he's a bit prone to just frizzling the leaves and not holding the flames on the plants long enough to kill the roots. But it certainly is a good alternative to glysophate and shouldn't be any more difficult to successfully use.

The vehicle provided by his employer is a second hand black van, which leads to him being the butt of jokes about it looking like a Black Maria or a hearse.

Email ThisBlogThis!Share to TwitterShare to FacebookShare to Pinterest
Labels: Gardens and Parks, Pictures of Preuilly

Susan, he is actually using it correctly....
the technique is to frazzle the leaves and the growing point...
the blowtorch that he is using wouldn't damage the roots of anything but something like American Bittercress which is extremely shallow rooted...
anything like Dan of Lion with a tap root would be untouched....
because the tap root will be sheilded by the heatsink effect of the surrounding tarmac/stone.

I will be getting the X500 out very soon to burn off our paths...
now that does frazzle roots!

We have a less powerful model and have come to the conclusion that it would be quicker to go round on our hands and knees picking the weeds out by the roots than burning them with it.
Love the van, by the way! He is, after all, cremating the weeds!

Looking again at that van...
I think Colin is spot on!
It has got to be an ex-hearse...
no normal van comes with rear windows like those!!

It's a bit like going to the doctor here - the more things on the prescription, the better! It's quite difficult to receive good advice about using environment-friendly gardening products. Last year, we used what was presented as an EF product to get rid of moss in the grass. It burnt it and didn't get rid of it so this year I have been spending hours with my rake getting rid of it and it seems to be working.We'll see if it comes back.

I've heard that time of year makes a big difference, presumably due to the amount of water in the plants.

I have a feeling that the windows are newly installed. I think the first time I saw it there were solid panels. Anyway, everyone comments on its resemblance to a hearse and it's considered a great joke.

Personally I think raking is the best technique. You may never get rid of it if your drainage isn't good enough and the area doesn't get enough sun though. It can be an annual maintenance task.

We've found the chickens do a marvellous job...
once they've finished, a light rake to collect it together and we've enough for a dozen hanging baskets!!