When the first buildings of the Chateau de Cingé were erected they sat in an inaccessible marshy heathy plain near Bossay. The first chateau was built during the 100 Years War, with two massive high towers used to keep watch over the valley of the Creuse and keep an eye on the English. Vast earthworks were undertaken to create ditches and banks to drain some of the land and flood other parts. Originally the chateau stood completely surrounded by an enormous man-made lake. The castle could only be entered via a drawbridge between the two towers. At one end of the enclosure was the main residence, with a central square keep and platform. The occupants communicated with neighbouring chateaux by a system of signals. 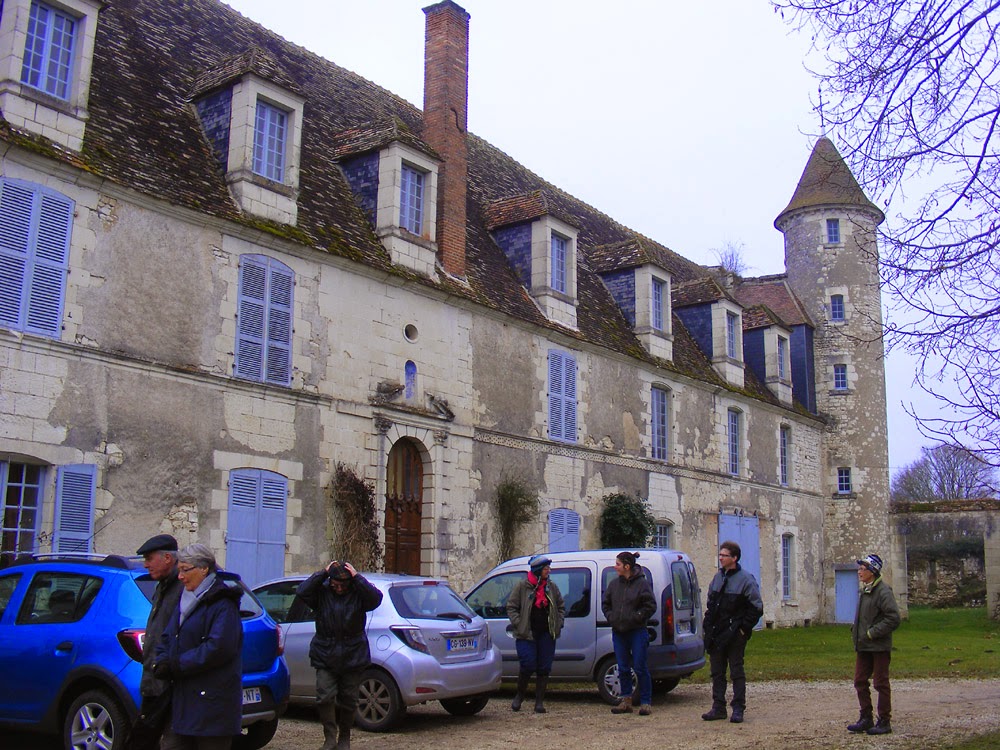 Today most of this original building has disappeared, as has the lake. The part of the keep that still exists appears to be from the 12th or 13th century and the main building adjoining it had two floors. A few years ago you could still see traces of the walls and huge fireplaces suspended in space and threatening to fall. Above these fireplaces were the arms of the lords of Cingé. Here, like all feudal military constructions, the thickness of the walls is mindblowing. Down in the dungeons, prisoners were kept in the dark and left inscriptions that can still be seen.


The current main entrance to the house. 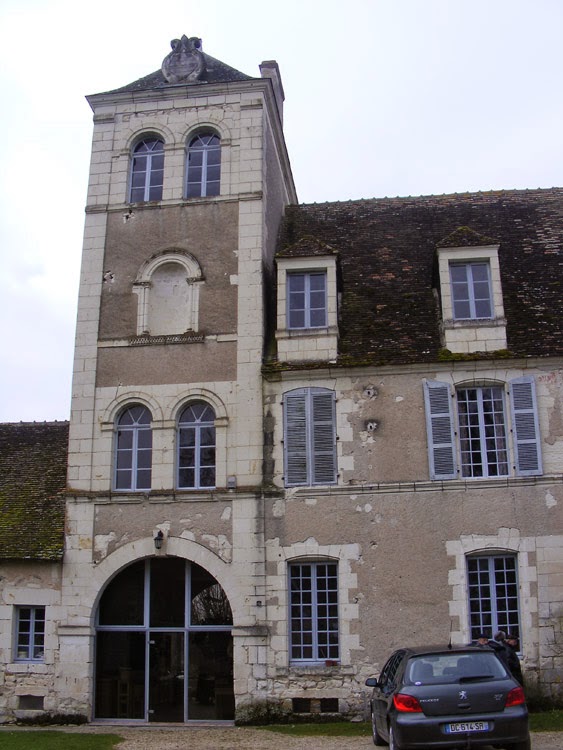 Next to the ruins of the old house sits a large but otherwise unremarkable house built in the Renaissance. Above the front door you can see a double crest representing the arms of the Crevant family. By the beginning of the 16th century a chapel dedicated to Saint Thomas had been added to the enclosure. 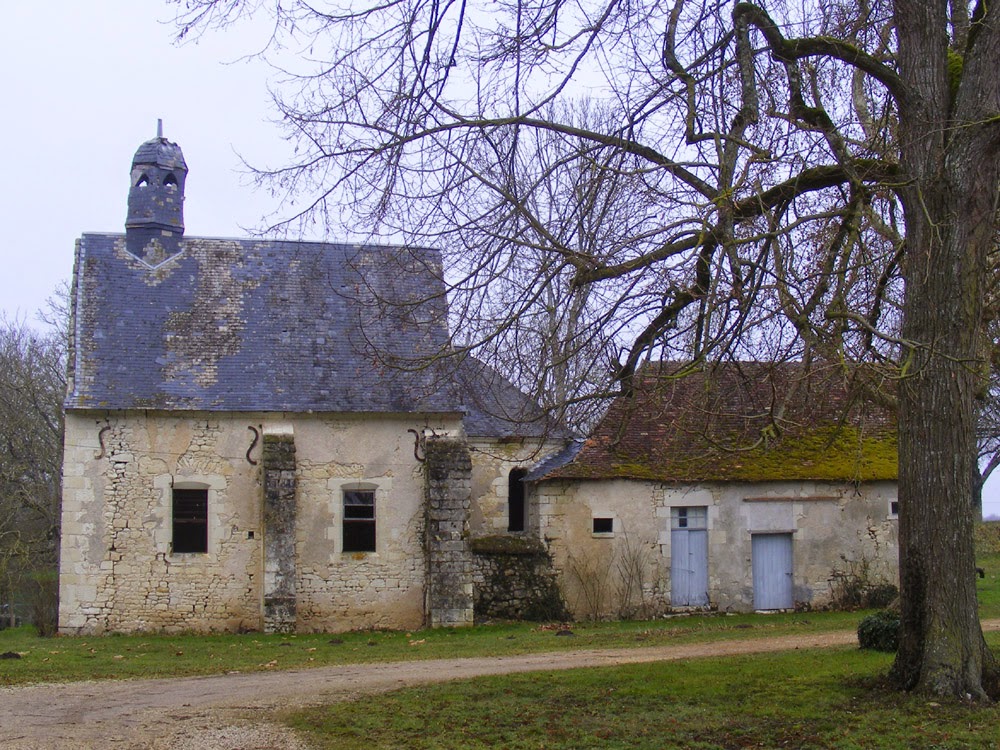 By 1624 the chapel building was in ruins and René Crevant replaced it with the building we see today. In principle Cingé was just simple lodgings, used by the lord to sleep and eat when travelling. Being fortified meant that it was very much part of the feudal system but in the 19th century the Baron de Preuilly gave up his feudal rights over the property.


In one of the cellars. 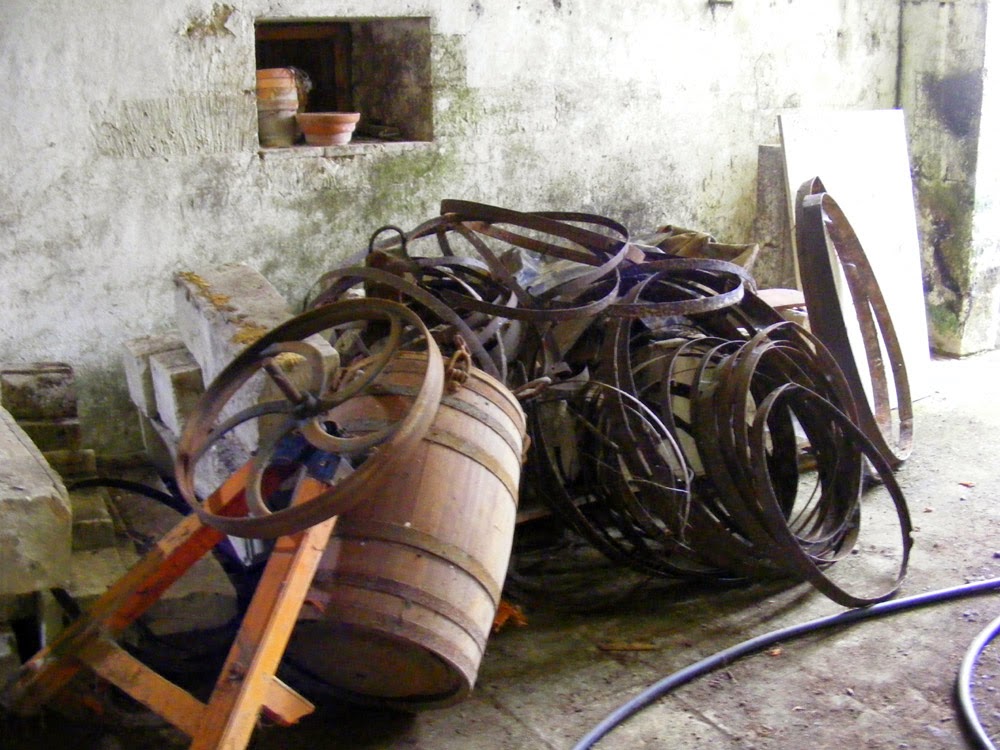 On 14 July 1629 Claude Bonnaventure de Crevant was born at Cingé. He was to become the King of Yvetot by his marriage to the heiress to the throne, Marie Appelevoisin.

The Kingdom of Yvetot was established in 536 after the assassination of Gautier, Lord of Yvetot, and was given to his son. The kingdom was independent until 1789. The residents of the kingdom were exempt from any tax, duties and military service. They were only required to maintain the main communication routes through the kingdom.

Gabriel de Cingé (father or grandfather of Claude?), Knight of Malta, died in 1651 and his wife Gabrielle Prevost in 1652 and were buried in the Chapel of Saint Fiacre at Bossay.

The last lord was the 25th, Comte Charles de Livenne, who seems to have been a hard core aristo who owned multiple grand properties in the Touraine, Poitou-Charentes and Deux Sevres areas. So far as I can work out he and his extended family abandoned everything and left France (I suspect for North America) in the early days of the Revolution.

In 1793 the chateau and its outbuildings were sold as the property of emigrés who had fled the Revolution. The lake was drained and the land acquired by many small farmers who converted the land to agriculture. 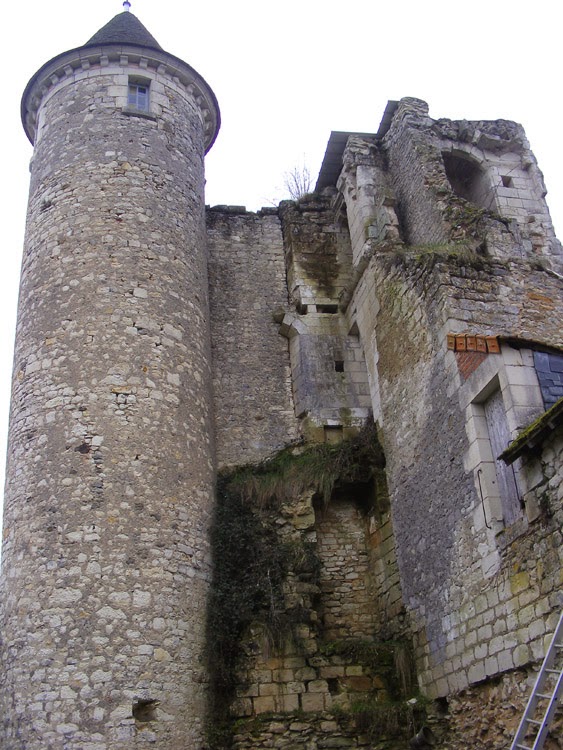 In 1874 the property was bought by Trappist monks who set up a branch of the penal colony that they directed at Fontgombault. In 1877 there were 120 colonists there. The establishment was modelled on the penal colony for children at Mettray which was opened in 1839 by Frederick Augustus Demetz.  These prison camps were closed down in 1939 after a series of articles by journalist Alexis Dana who exposed the living conditions of the inmates.

The chateau is now privately owned and not open to the public.  I visited recently as part of a group invited to survey hibernating bats on the property.

This post has been edited after the owner contacted me with more information and a couple of corrections.
Posted by Susan at 09:00

"Marie Appelevoisin"....
what a wonderful moniker!
Kept calling round for a cup of sugar and the nickname stuck?

In the first picture I was struck by how similar that facade is to the one at La Guerche...

I'll do a post when I can see the buds of the fritillaries here...
it has been very cold overnight for the last couple of weeks and that seems to have put everything in check.

Appelevoisin is a fabulous name, isn't it.

Cingé didn't remind me of La Guerche, but that's maybe the difference between seeing them in photos and seeing them on the ground. La Guerche would be earlier by a couple of generations.

At some point in his youth, the writer and playwright Jean Genet spent a few years as an inmate at Mettray.

That's interesting. I might write some more about these juvenile houses of correction. I think they are the equivalent of the British Borstals.