Edmond Grasset was born at his maternal grandmother's home in Boussay in 1852, but his parents lived in Preuilly sur Claise and that is where he grew up. His father was a plasterer and sculptor and young Edmond very quickly showed promise as a sculptor.

In 1870 the eccentric and staunchly Catholic Elie Besnard du Chateau commissioned an altar front from Edmond for his restoration of the Chapelle Notre Dame des Anges in Ligeuil. Besnard had been secretly baptised in this chapel at the height of the Revolution when worship was banned, and now in his 80s, he wished to leave a legacy to the town by having the chapel reconsecrated and refurbished. Several years later Edmond Grasset produced a plaster bust of his first patron. 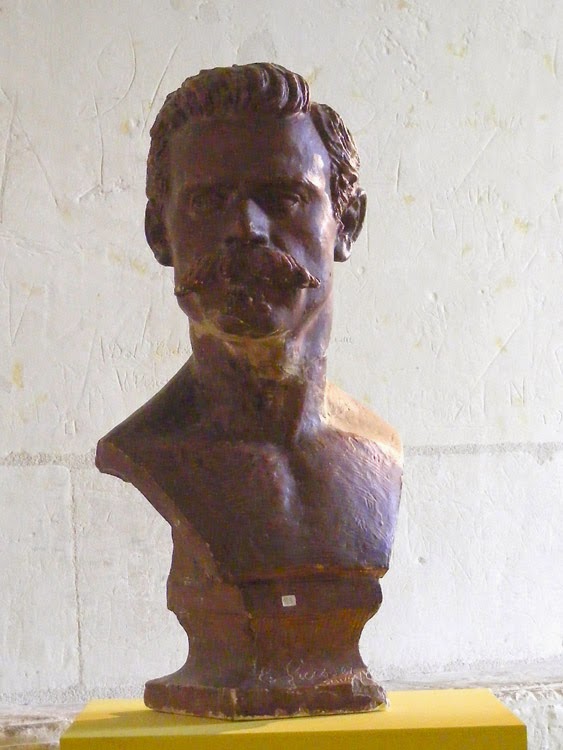 The Grasset family wasn't wealthy but the local doctor took an interest in Edmond and assisted him to study at the Ecole de Beaux Arts in Tours. Dr Richard was one of a succession of people impressed enough by Edmond's talent to support him. He did extremely well at the Arts School, regularly winning prizes, medals and grants.

In 1876 the Director of the Ecole de Beaux Arts nominated Grasset for the Prix de Rome. This prize was offered by the Institut de France, and the winner was offered the opportunity for an all expenses paid residency in the Villa Medici, which the Academie de France owns. The prize was offered annually to a sculptor, a painter and an architect from 1663 to 1968. The villa is the former Medici ambassador to Rome's residence.

Caton d'Utique, au moment de se donner la mort
('Cato the Younger, at the moment of killing himself')
The statue that won Grasset the Prix de Rome
plaster, after Roman and Rude, 1878. 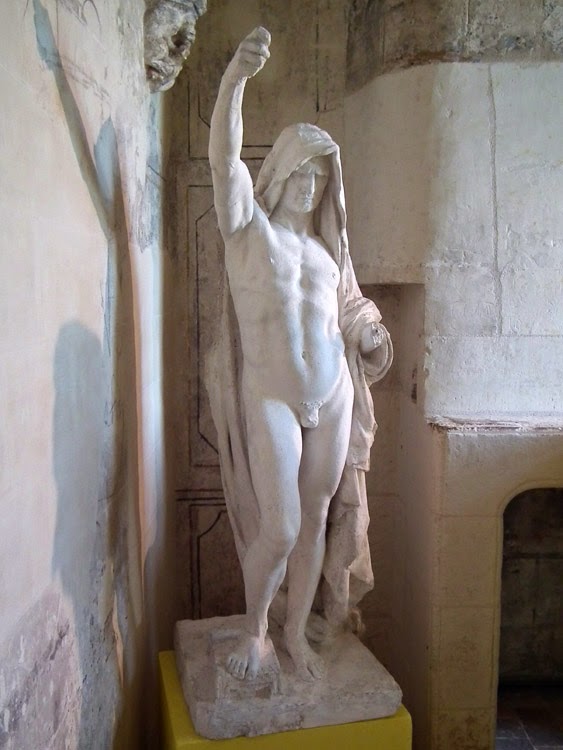 Grasset's winning sculpture depicts Cato the Younger, a Stoic and incorruptible Roman Republican, at the moment of killing himself rather than submit to Caesar. The sculpture is clearly influenced by one in the Louvre from a generation earlier, and would originally have shown Cato with his sword in one hand and a copy of Plato's Phaedo open at the page detailing the death of Socrates. A popular subject in Republican France.

Tragically, Grasset died suddenly in Rome of an internal haemorrhage (he may have been suffering from tuberculosis) in 1880, aged 28. He wished his heart to be buried in Rome and there is a memorial to him there. His body is buried here in the cemetery in Preuilly and the sculptures he was working on in Rome were sent home to France. The town of Preuilly granted him a concession perpetuelle in the cemetery and a monumental tomb was constructed. The bronze portrait medallion is signed Bollée (perhaps a member of the family who owned the famous foundries). 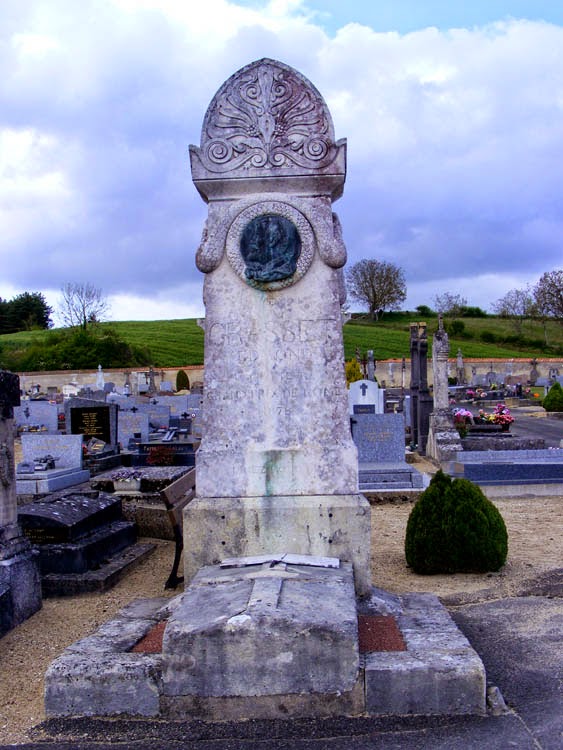 The prize winning sculpture, and several others by Grasset are currently on show at the Logis Royal in Loches. The exhibition, which showcases Touraine sculpture from Celtic times to the 20th century finishes on 15 March. We went recently with Niall and Antoinette and highly recommend it. To read their post about the Gallo-Roman and Medieval statues in the exhibition click here. 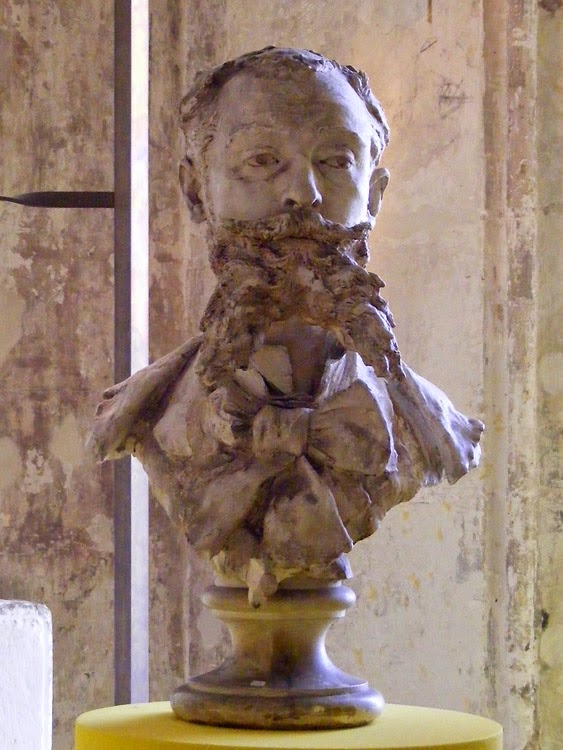 The Poterne museum in Preuilly already has several works by Edmond Grasset on show and his work can also be seen in the Abbey here. The plaster statue of Cato has been moldering away in the archives of the Musée de Beaux Arts in Paris, so the Société Archaeologique de Preuilly (SAP), who manage the Poterne, have negotiated to take custody of the work and display it in our local museum.

Edmond Grasset would certainly have had a promising career if his life had not been cut short so early. There are so many local talents that need wider recognition.

Indeed. I was unaware until this exhibition that he had died so young, nor did I realise the significance of the Prix de Rome.