The Duchess and the Portmanteau

I was born and spent my early childhood in the Australian state of Victoria. This means I pronounce castle as 'cassel', plant as 'plant' (not 'plarnt') and so on. In 1971, when I had just turned 12, my family moved to Queensland, and I encountered a whole new dialect. 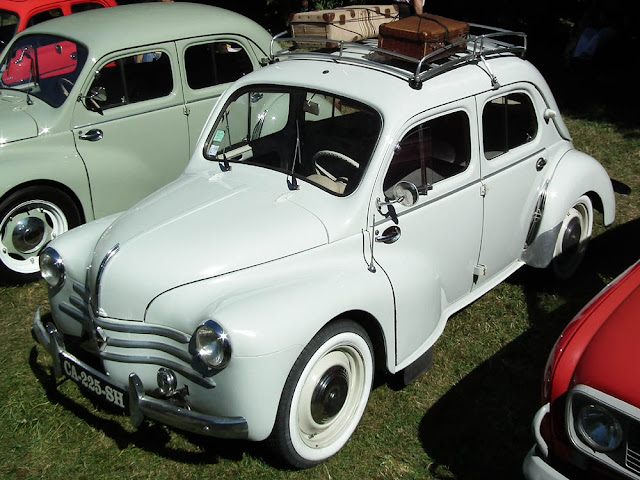 Ports strapped to the top of a Renault 4CV Sport.

In Queensland castles are 'carsells', which is not too difficult to acustom yourself to, but I found that I no longer took a case to school. Suddenly, I was lumbered with a port. Not only that, but in Victoria I would have started the new school year in First Form at High School. In Queensland, I still had a year of Primary School to go and was in the 7th Grade. Plus they wrote funny and I was always getting into trouble for the way I formed my 'r's, 's's and 'f's. 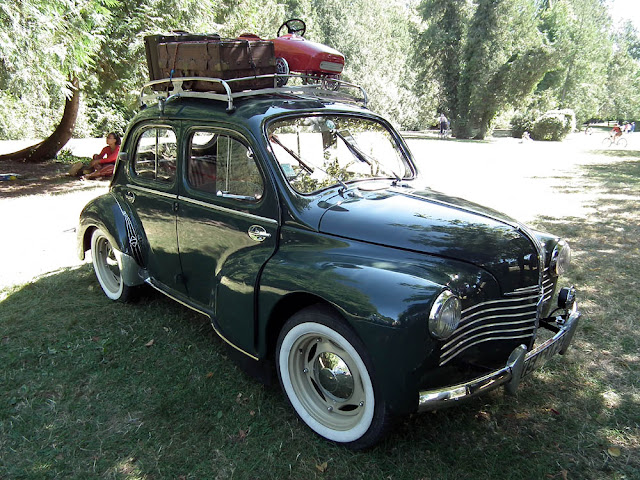 I eventually discovered that 'port' was short for 'portmanteau'*. I also discovered that I no longer had a dressing table in my bedroom, but a duchess, and I was expected to drink and enjoy a disgusting substance known as 'sars' (pronounced 'sarse'). This was apparently short for 'sarsparilla' and was the most popular flavour of soft drink in the area we moved to. 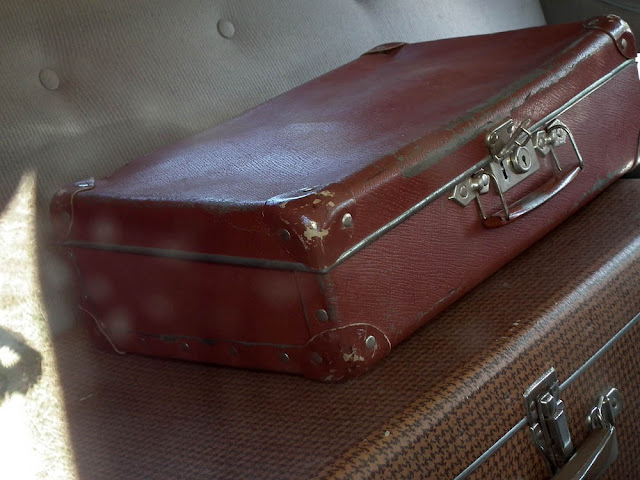 Ports on the back seat of a Citroen Traction Avant.

The 70s were interesting times in Australia, especially if you lived in Queensland. The State Premier, from 1968 to 1987, was Joh Bjelke-Petersen, an ultra-right wing, Christian fundamentalist. (State Premiers are the equivalent of State Governors in the US, but not to be confused with the actual State Governor, who is appointed, not elected, as the Queen's representative.) By the time I had finished High School he had established a police state wherein there was no right of assembly on the street to publicly demonstrate and various of my friends and acquaintances had been arrested for daring to protest about the Springboks touring or just for being in a group of pinko University of Queensland students on the street. As Peter Beattie, then one of the student protestors, but who would go on become State Premier himself, said, '...they had a dossier on everybody'. The police were given free rein to harrass and intimidate as they saw fit, especially journalists and activists. 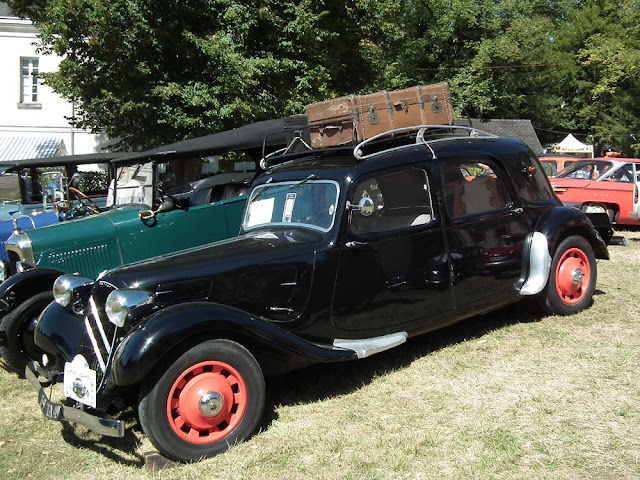 Ports strapped to the roofrack on a Citroen Traction Avant.

Joh even meddled in Federal politics, playing a key role in the downfall of the Federal Government, led by the charismatic Labour Prime Minister Gough Whitlam. When Joh arranged for 'his' Senator to be elected to the Federal Senate, it allowed the Opposition Leader Malcolm Fraser to block supply. The Government ran out of money, public servants' wages were not paid, and I can remember people discussing, in the privacy of their homes, whether the Armed Forces would stage a coup d'etat. 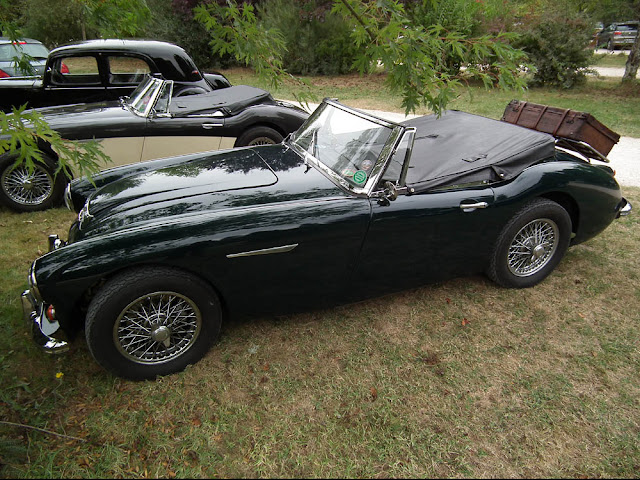 A port strapped to the back of a vintage sports car in the carpark at Chenonceau - Célestine in the background.

Eventually suspicions about Joh's sharp business practices grew too great to contain. He famously despised journalists, arresting any he really disliked or refusing them police passes and releasing information at the last minute so that there was no chance to do any research. Finally, the Australian Broadcasting Commission (ABC, the Australian public radio and television network) aired The Moonlight State, alleging massive corruption amongst government ministers and the police to the highest level. The FitzGerald Inquiry corroborated all the accusations made by the investigative journalists and several of Joh's ministers and the Police Commissioner went down, while he himself retired from politics. Joh Bjelke-Petersen was only ever charged with perjuring himself at the Inquiry, but the case collapsed due to issues with the jury.

It's always funny to me that we have a portmanteau but it's completely different from the French version. I love words that have shifted their meaning.

So much for "easing off a bit"
I guess. Don't neglect your
health,though.

I have a cousin who emigrated
from England to Australia about
50 years or so ago. He's lived
in Melbourne most of that tiime,
a "Victorian." However he still
has a very pronounced Aussie
accent, of course. Now he lives
in a small town in the mountains
called Sarsparilla, but I've never
heard his pronounciation.

Best post i've read all week Susan - because I grew up in this era.
Leon

I meant to say... the owner of the 'vintage' Healy in the foreground would probably like you to call it a "Post War Thoroughbred" or PWT... now, why oh why don't they make sports cars that look like these any more...?

Australain states used to have slightly different accents, in the mid 20th century it wasn't too hard to tell which state folk were from, South Australia in particular, had a distinct accent(settled by Scots and Germans).
These days kids are raised listening to tv and radio and not extended family members, so the diffenernces are pretty much gone, except for the odd word pronunciation.