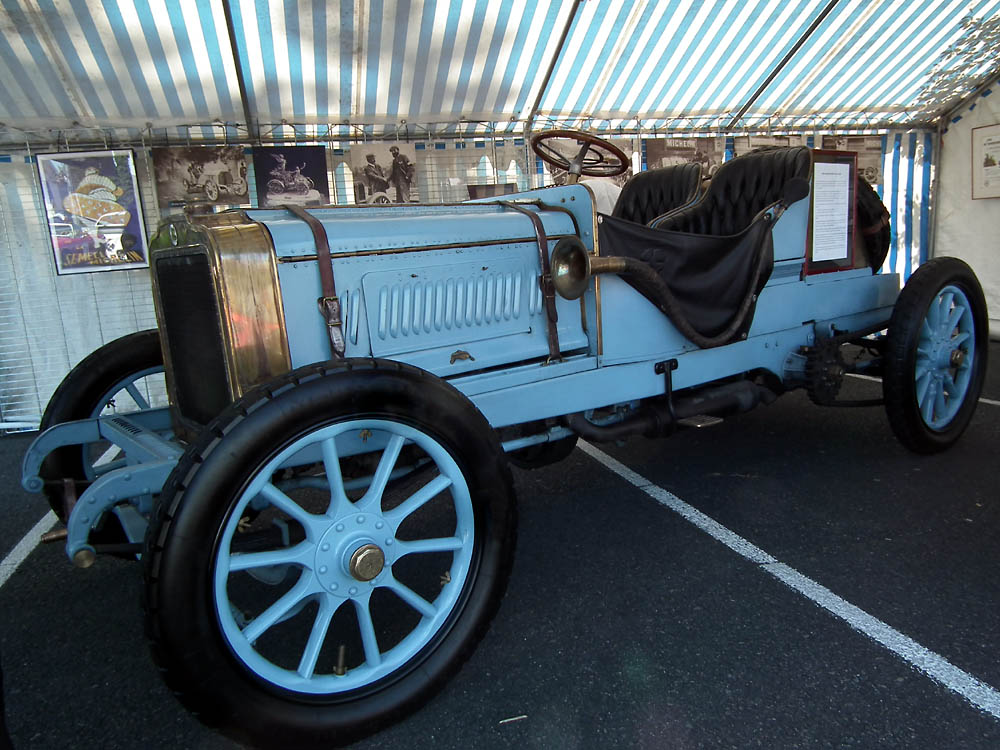 Gordon Bennett was an interesting character. Heir to a fortune - and the New York Herald - he was the man who sent Stanley to look for Dr Livingstone (I assume there was a story in that) but is more noted for being profligate. Not only did he sponsor what eventually became Grand Prix racing, he also established prizes for yachting and ballooning and once set a wad of bank notes on fire because they were uncomfortable in his pocket. He spent much of his life in France, being educated here and founding the Paris Herald (which eventually became the International Herald Tribune). You can read all about him, and the expression Gordon Bennett! here.

So what's the capacity in Cubic Inches... or in the case of this beast... Cubic Feet!!

You can hear the bank notes coming out of the exhaust!!

Have you heard of the Mercedes Semmering - 18 litres of beast and one lived in Melbourne.
It was a Rob Roy Hill Climb car written about in my book. I should do an occasional post on famous Aussie Historic cars - what say you?

I don't think Americans know the expression "Gordon Bennett" — I know I didn't. It seems to be typically British (Aussie too?).

Ken - but he was one of your best know exports of the 19th century :)