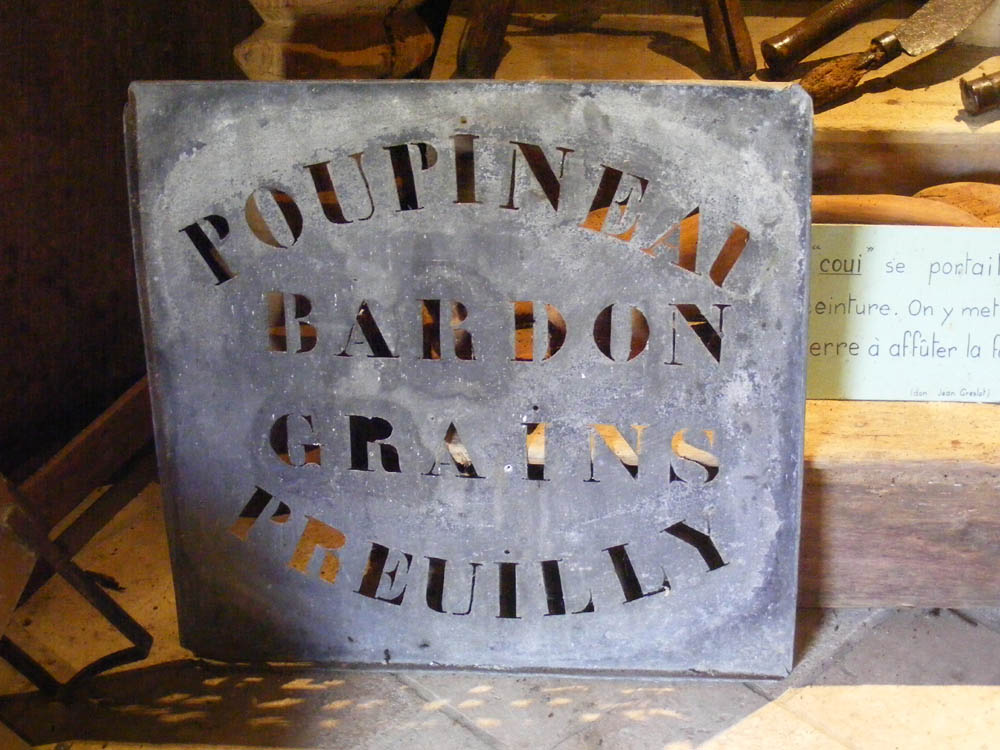 The annual open house weekend, known in France as les Journées du Patrimoine (heritage days) is coming up on 15-16 September. Amongst the many places you could visit is Preuilly's little museum in the Poterne. As local museums go it's not at all bad, with many objects that refer back to Preuilly's past from prehistoric times to the Second World War. Because it is staffed by young volunteers it is only open during the summer holidays and the journées du patrimoine. 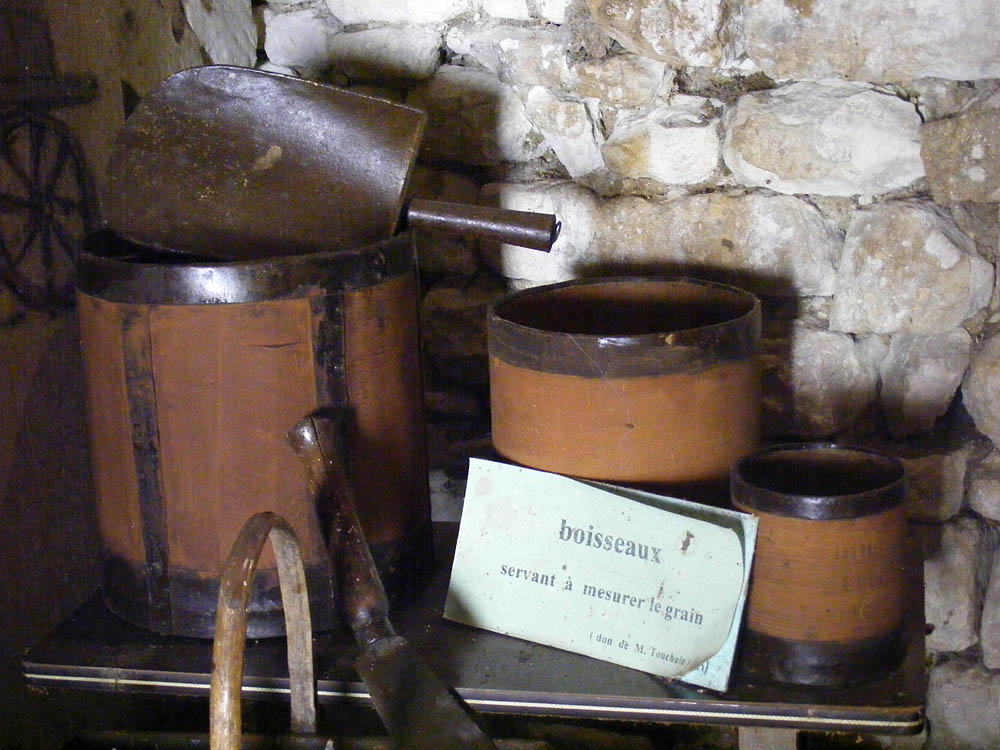 The objects from the museum in the photos have a special meaning for us. Regular readers will be aware that our property is a former grain merchant's. In the first half of the 20th century it was run by the Poupineau Bardon family. The grain measures were also gifted by the family connected to our place.