A few weeks ago I bought a piece of cote de boeuf (beef rib roast) from the butcher in Preuilly's high street, la Grande rue. This is somewhat extravagant for us. It cost €21.69, weighing 1.16kg and being €18.70/kg, but I blame Ken and Alexander.
Simon saws away. 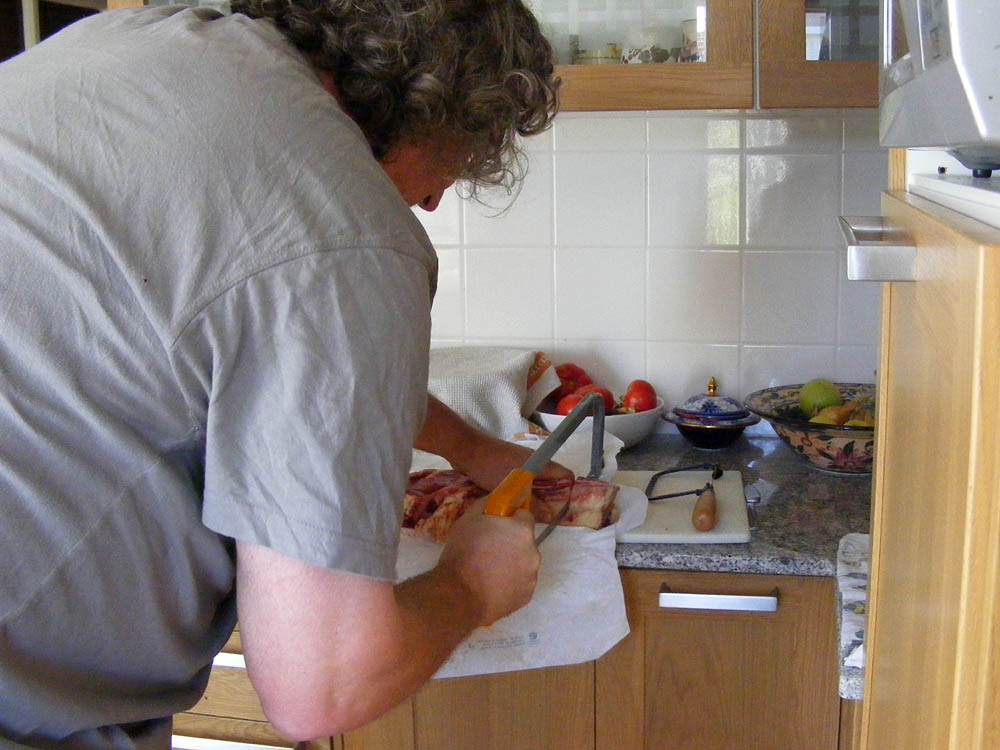 Ken because he and Walt blogged about their new mobile butcher charcuterie service and buying big juicy pieces of rib eye at the front gate; and Alexander because he brought an impressively sized piece of beef to Martine's party - which I promptly ruined by cooking too long at too low a heat. I figured I was sadly out of practice with cooking this sort of cut and had better do something about it. I felt really guilty about not doing Alexander's beef justice (although he managed to dent his own cred as well by also bringing to the party some truly terrible homemade rosé!)
A perfect fit. 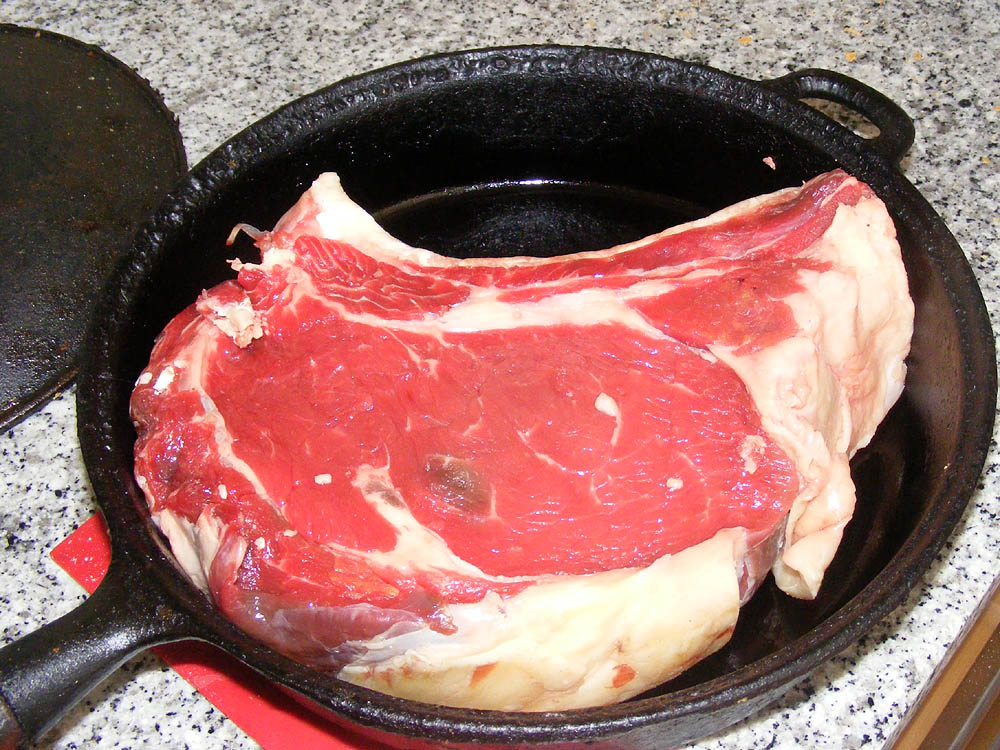 When I got it home I realised the piece I had bought was slightly too large for the pan I wanted to cook it in. I had nothing else suitable - all my other pans were either too lightweight or way too big. Thus we decided to engage in a bit of butchery, and Simon got out the hacksaw and set to work on the end of the rib. It only needed a few centimetres removed, something he achieved quickly and easily.
Served with homegrown potatoes, ratatouille and pumpkin (from Tim & Pauline). 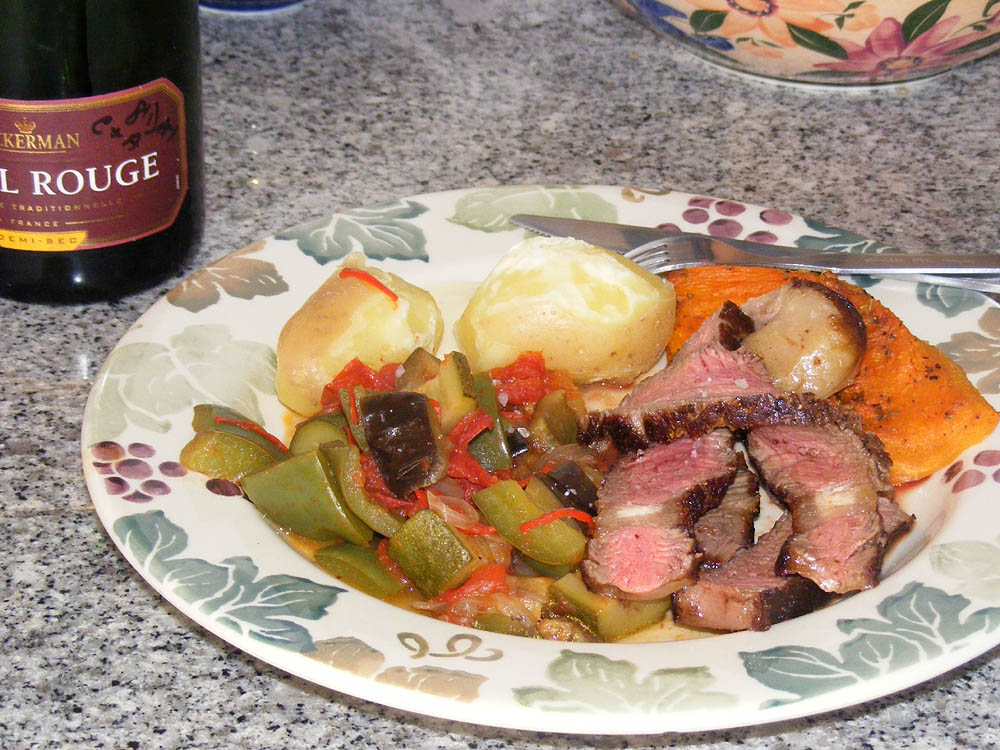 I seasoned the meat with freshly ground 5 baies (a pepper mix of black, white, pink, green and coriander) and heated the pan to smoking. Five minutes searing on each side and 5 minutes resting - it was delicious. I can hold my head up again, and we had several days worth of roast beef sandwiches as a bonus.

Was it for a special occasion or just because?

Gaynor: no special occasion, just because I like to buy something once every few weeks from the butcher in town - use him or lose him.

Gayner - Susan in wrong. You've met me... all meal times are a special occasion