Look Out for Lizards 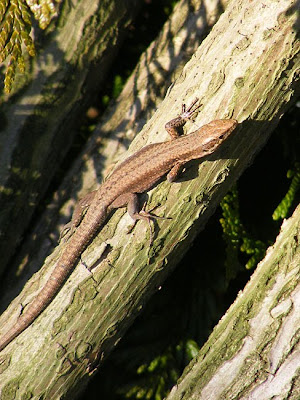 In early to mid-July (or even earlier this year) you sometimes find small leathery eggs in warm sandy places. These have been laid by Common Wall Lizards Podarcis muralis (les lézards des murailles in French). When they are first laid they are quite small, but they swell with the growing baby lizard inside until they are about 14mm long.

These were found by our neighbours, and brought over to me
to identify. 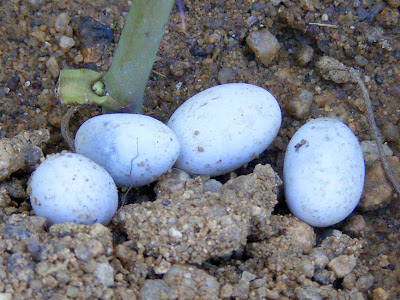 If they survive predation they will hatch into tiny lizards about 20mm long. We see them scurrying all over the place in the garden, on the walls of the house, in the courtyard. We find they are quite prone to coming inside, where they are almost impossible to catch and put outside. We rescued one from the laundry tub last year and had several abortive attempts at convincing one who had taken up residence in the fireplace that it would be better off outside. 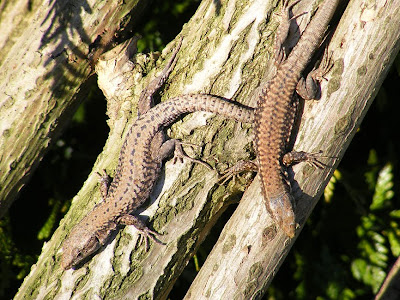 Interesting post, if I see small eggs around I will now know what they are. Thanks Diane

The lizards we have around our
house are green, have a pale
underbelly and a coral throat.
They bob their heads up and down
several times and cause their
coral throats to balloon. Fun
to watch this display...as long
as it's outside. Things which
scurry about in the house give
me the willies.

I have never seen lizard eggs before. Thanks for posting them!

Those eggs look pretty big. Are they just 14 mm long? Do you think they will hatch? I've never found any around here, but we have plenty of these lizards. Callie was trying to catch one just today.