The Carpark at Chenonceau

As you can imagine, at this time of year we spend quite a lot of time at Chenonceau. While Susan is in the château I usually sit in the carpark. Quite often there are some interesting cars to look at (like these), and last Monday afternoon was no different. Often it is a car club, but this week the Citroën 2CV world meet is at Salbri Salbris, an hour east of Chenonceau and there were plenty of cars calling in (and passing) on their way to the meet.

The cars were mainly Citroën 2CV and their
derivatives, including 3 Meharis from Denmark 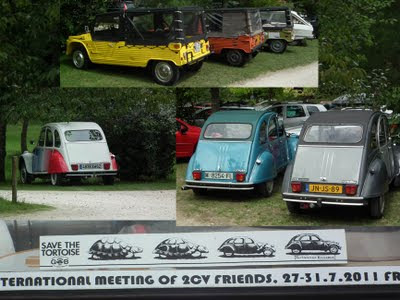 There was also rather a nice modern car. Anyone
want to buy me a Maserati? I won't complain. 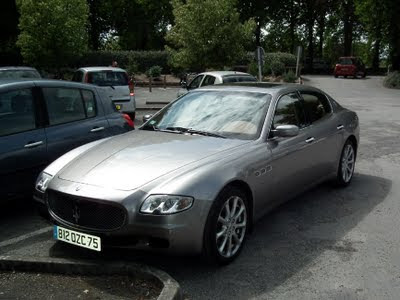 It isn't just cars - many people visit Chenonceau
by bike, including this rather natty trike 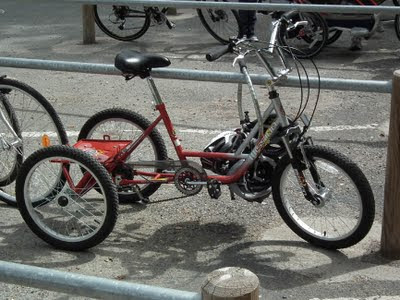 Of course, it's Célestine who attracts the most attention. 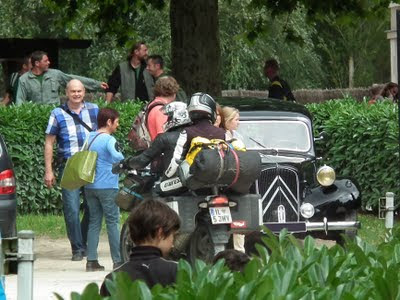 Although I am a bit worried - should I admit to going to one of the great châteaus of France and enjoying the car-park more?

Célestine looks pleased with all her beaux :-)
As for the car-park...well you're obviously good friends with Phil and his mates 'is' and 'tine' ;-)

The big national 2CV rally is being held over in Salbris, an hour east of Saint-Aignan in the Sologne, this coming weekend. Don't know if we'll get a chance to go. I heard about it on the radio yesterday.

Here's a link to a page in English about the 2CV event.

Ken - that's what I meant. I don't know if it's better to claim a typo or damn the French for non-phonetic spelling!

I don't blame you at all... I like historical buildings but cars tend to bring out my wild side a little bit more.

Pauline and I are just back from Salbris.... all I can say is WOW!! We've been to quite a number of World Meetings, but this was by far the biggest. Over 8000 vehicles... mainly A-Series Citroëns, but a fair smattering of H-Vans, Tractions and DS/IDs... plus others. Organisers were overwhelmed... 6000 of us arrived on the first day. We were in the "holding pen".... sorry, registration field for eight hours.
But we thouroughly enjoyed the event, and we've brought you back a catalogue for the Traction.