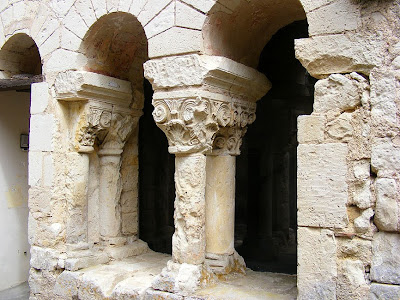 To the south of the church in Preuilly, an alley in the shadow of the buttresses leads to a long building which housed the monks' dormitory. On the ground floor, near a short arcade, are the remains of the cloister. The dormitory was redesigned in the 15th century to become the chapter house, with a ceiling of four rib vaults supported by a central column. The far wall is decorated with an interesting 12th century bas relief crucifixion, unfortunately very damaged. Further along two more arcades were updated to a double colonnade resting on a platform, and surmounted by capitals with vegetal decoration.

The base of one of the ceiling ribs. 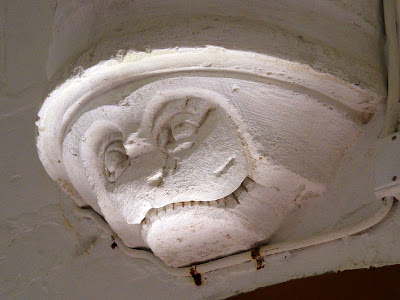 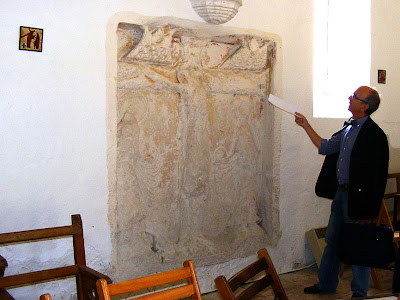 Simon, thanks for the pointer to Google Sketchup. I'll play with it for a while and see what I can do.

The colonnade looks very Romanesque - I like those very short columns with the heavily-carved capitals.