"This mysterious monument of ancient times could be an ancient cemetery and the old Claud (of Claudius?) along the Roman road. It seems unlikely to be the arch of a bridge, the watercourse is too small. Perhaps a tollbooth, unless it is a triumphal arch erected in honor of a warlord, a "Million" victor over all his opponents. "

This paragraph (accompanied by the following map) appears in a publication by the Association Geohistorique d'Information sur le Patrimoine (AGIP) and was intriguing enough that on Saturday Susan and I went looking for it. We have never heard about a Roman triumphal arch in the area and thought that it should be more widely publicised. 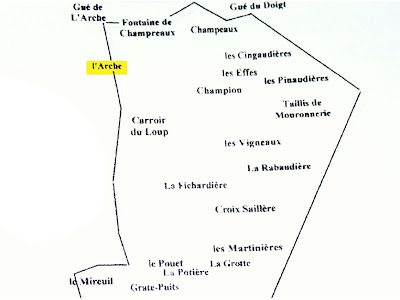 We know the area known as Carroir du Loup (we have even written about it) so it was easy enough to place the location: along the back road to le Petit Pressigny. That is where we headed first, parking near the bridge across the Muanne on the grounds that it is the only watercourse in the area that we know of (confirmed by the map here).

We then proceeded in ever increasing circles, until we were totally confused. No Roman triumphal arch, not even a pile of three stones that could be Roman in origin. We travelled all the roads that look like roads, and a few that look like field boundaries or farm tracks. We found a field hut (wooden, with a slate roof) and a possible Roman road, but that was the extent of it.

Not a triumphal arch. 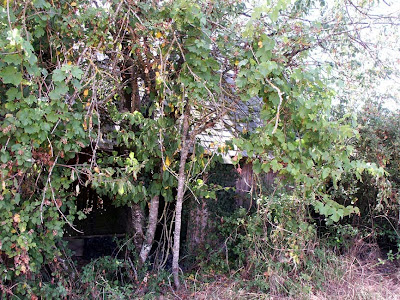 When we got home I played with some maps: using geoportail and the map from the book, overlaying them using photoshop to get a better idea.

The area as it is shown on the official French maps 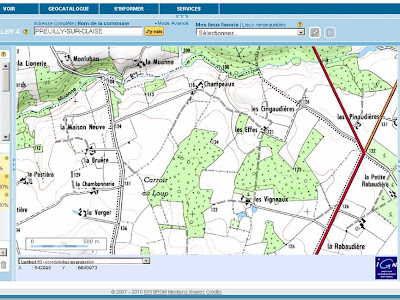 Overlaid with the map from the book 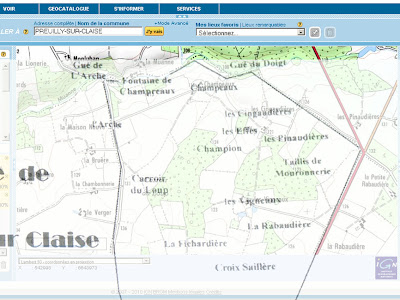 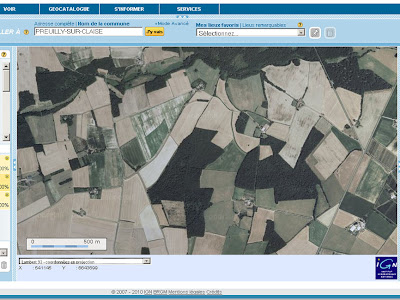 None of these maps give us any clue. The overlay seems to indicate the arch is on the corner of the road that goes to Champeaux, and certainly that road is straight enough to appear Roman, but there is no watercourse, and no stone building - not even a huge blackberry bush that could hide a stone building. The internet doesn't mention anything about the area, even the sites like "megaliths du monde" and the "megalith portail".

This one remains a mystery for the time being, but whenever I drive that road I will be looking...

I have absolutely no clue as to what "et de la Claud" might mean in French. Le mystère s'épaissit!

I am kind of glad you have no clue - I thought it may have been just me being obtuse.

The first sentence in that French text is kind of scrambled. Hope you find the arch one day.