Err...whose blog is this, you are thinking? Have I accidentally ended up on WCS – Another American in France?

No, but we have been dog-sitting. 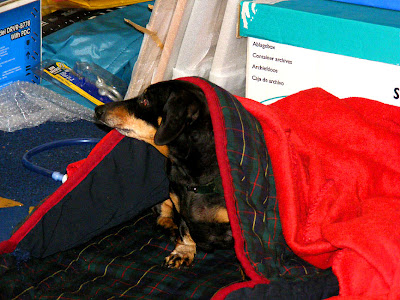 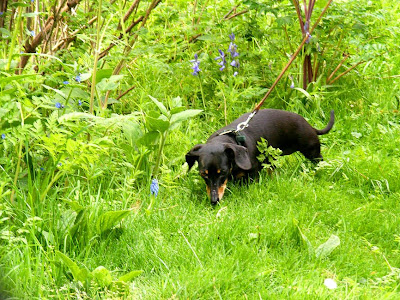 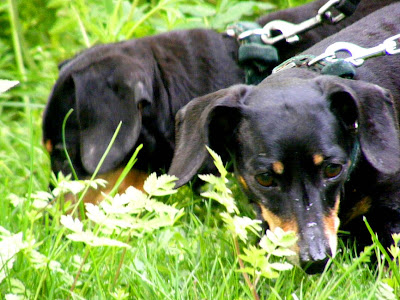 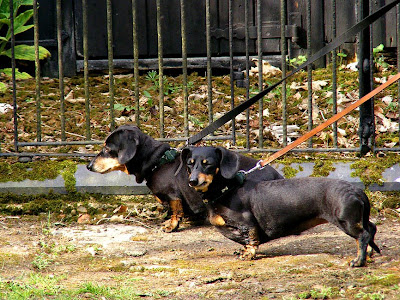 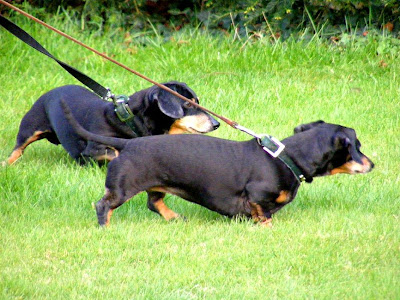 We have known these little dogs all their lives (about 10 years). Every so often they come to stay with us while their papas are away from home. They are miniature dachshunds (teckels in French). Don't be fooled by their size; they are proper dogs, hugely entertaining and extraordinarily good-natured.

We are lucky enough to live next to a large more or less abandoned garden in London, which is great for exercising the dogs. The only problem is we can't let them off the lead, as there is a lot of rubbish in some parts, full of broken glass and other things they might cut themselves on. They find this immensely frustrating, as there are soooo many smells and places to investigate. If I let them free I reckon it would be at least a week before they emerged from the undergrowth again. 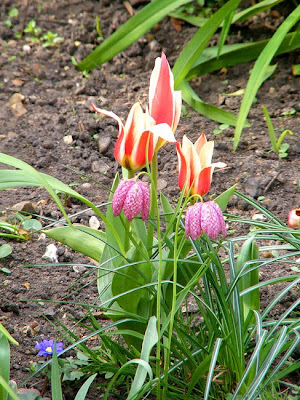 Some tulips, snakeshead fritillaries and a wood anemone in the part of the garden that is tended.

Cute :) This was the only breed of dog that my family ever owned. And as you know, my sis is keeping up the family traditon.

I'll be happy to pass on your post link to my dowxie loving sis.

By all means pass the link on. I've passed your sister's on to the dogs papas.