As you drive south from Loudon (usually we do this after visiting Fontevraud) there are a couple of windmills near the road. 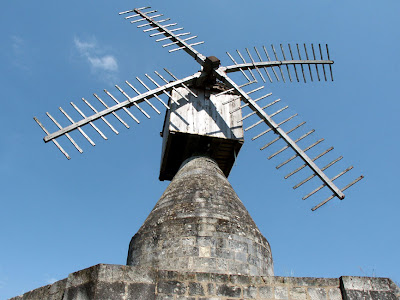 The first is near the "Maison de Pays Loudanals" on the D347 near Puits d'Ardanne. There is a noticeboard in the carpark by the maison du pays which explains all, thus saving me some typing. 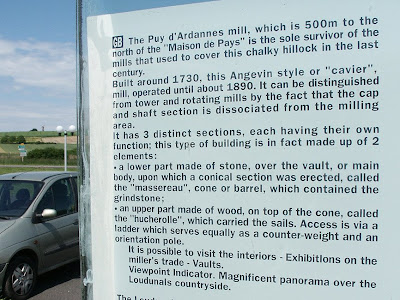 The second windmill is a couple of kilometres further south along the D347 and looks to be a lot older. 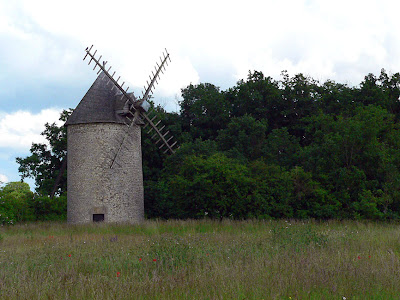 These are wind mills - used for milling grain, as opposed to wind pumps like the Éolienne Bollée.

Talking of which: when Susan's parents were with us, we visited the restored Éolienne Bollée at Dolus le Sec. It isn't nearly as obvious in the landscape as we thought it would be - as evidenced by the fact we had driven through Dolus le Sec a number of times before that visit.