Bird Photography in the Brenne

The hides at the Réserve Naturelle de la Chérine, in the Brenne and owned by the League pour le Protection des Oiseaux, are ideal for photographing birds from. Even with a old, but top of the range digital "bridge" camera like the ones used to take these shots, you can end up with quite a good picture -- not good enough to win Wildlife Photographer of the Year, but certainly good enough to recognise the bird. 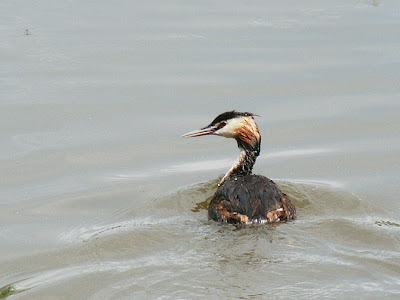 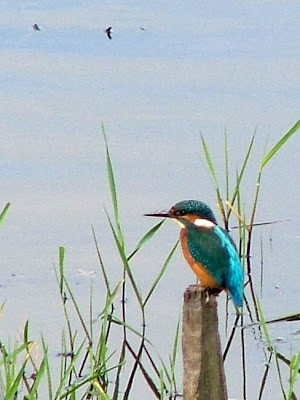 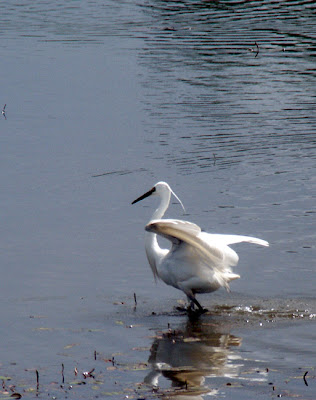 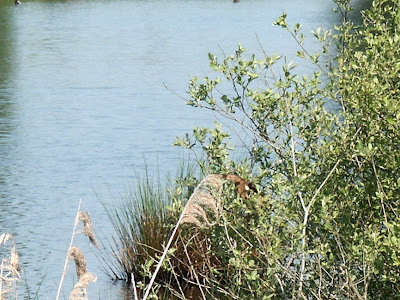 Alternatively, you might just end up with a photo like this -- a Little Bittern (Blongios nain) Ixobrychus minutus -- a bird the size of a pigeon, sitting in a bush in the middle of the étang, too far away for our camera to cope with adequately. However, this is an elusive species, not often seen, which obligingly hung around for a couple of months in the summer. There were several very serious bird photographers with very butch gear, who spent many hours over many weeks, trying to get the perfect photograph (which apparently was of it sitting out in the open with its wings outstretched).

Some very nice photos, I've enjoyed a quick browse through and will return later for sure ...

Nice shots! This is a place I enjoyed back in 2006. Maybe next summer we'll go back.

Frogblogger – likewise :-) Your observations on life in Thailand are most interesting. Good luck with the upcoming birth. Your girlfriend sounds just like all the south-east Asians I know – endlessly amused by inept western ways :-)

Walt – well, if you do venture back into the land of a thousand lakes, we would be very happy to see you.