Me and my Photos

I rarely go anywhere without my camera, yet I am surprised how frequently I sit down to write a blog entry only to find I don't have a photo of what I am talking about.

Today I was going to write about the extension to the Prehistory Museum at Grand Pressigny.

The Museum was closed in September 2006 for 18 months so that an extension could be built. This was put back to September 2008, and again to April 2009. We have walked around the back of the chateau and looked at it from the outside a number of times. It's an impressive addition - very modern, and in no way could it be mistaken for part of the original fabric of the chateau, even though it is built in the same materials. I can't prove that to you though.

The collection itself (before it was closed, anyway) was all rather fab. Le Grand Pressigny was a centre for the production of stone tools in the neolithic age, and there are thousands of examples in the museum, along with a lot of fossils. There are fossils all over the place along the Claise valley, like those, found in Jill and John's garden. 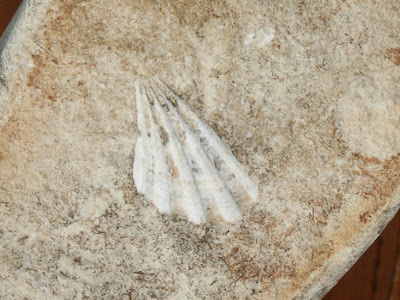 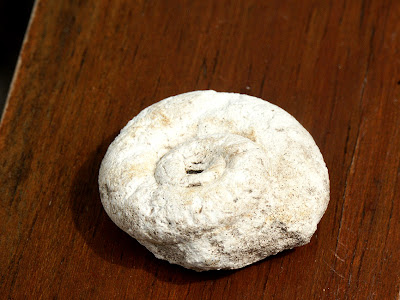 The fossils aren't only found in gardens though. The tuffeau (local limstone) walls of our house have many small pieces of shell in them. I would love to show a photo of that, but...

Occasionally a lump of limestone will detatch from the walls with a fossil in it. I don't have any photos of these, either.

I have written myself a list of photos to take. I may even remember to take it with me when I go out.