Regular readers will know that I've been involved with the biodiversity surveying of compulsorily purchased sites as part of the new Paris-Bordeaux high speed train line construction (see links below for my posts on the subject).


Tools made from early domesticated animal bones
and for processing animal products such as wool, leather and horn. 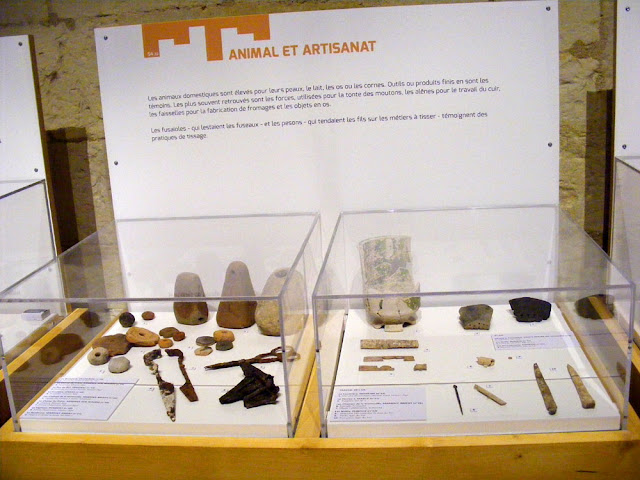 But me and my naturalist colleagues aren't the only scientists working on this railway corridor. Archaeologists have been hard at work assessing, digging, studying and reporting on dozens of sites along the route for the past few years. And what they have found is fascinating. If you want a glimpse into their world, and the world of our local past, visit the Museum of Prehistory in Le Grand Pressigny. To quote the director of the museum, 'We didn't find gold, or marble, or mosaic, but traces of daily life'. The temporary exhibition, running until 30 November 2018, features everything from prehistory to the Second World War, beads to bones, pins to pots. Some of the objects are local in origin, others have come from far away, like the hundred odd glass seed beads from Sri Lanka found in the tomb of a Visigoth.

The archaeology in numbers:

The train line in numbers:


With 300 kilometres of track and more than 3500 hectares of land area taken up the route of the high speed train line provided an exceptional opportunity for archaeologists to enrich their knowledge of the human occupation of this area from prehistoric times to our own. The digs were undertaken from 2009 to 2013, in the Regions of Centre-Val de Loire and Nouvelle-Aquitaine, in six départements (Indre-et-Loire, Vienne, Deux-Sèvres, Charente, Charente-Maritime and Gironde).


The book of the archaeological work. 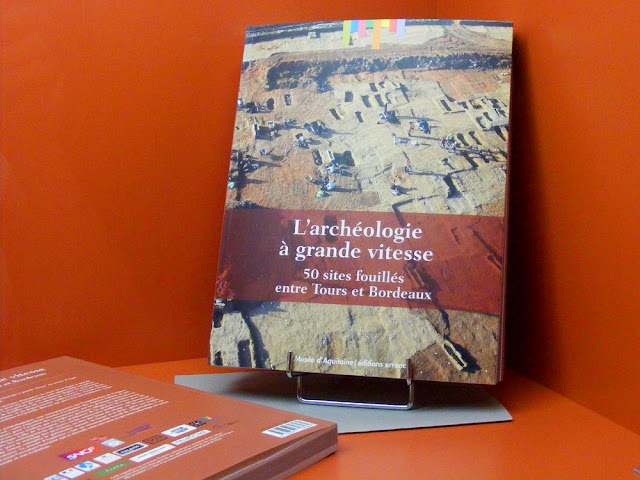 Amongst the sites featured in the exhibition are traces of prehistoric hunters, the first farmers, Celtic farms, a Gallo-Roman villa and medieval underground refuges. Evidence of the daily life of metalworkers and farmers is revealed. One of the most significant sites discovered enabled an indepth study of Neolithic and Bronze Age funerary practices for the first time.


The route of the high speed line. 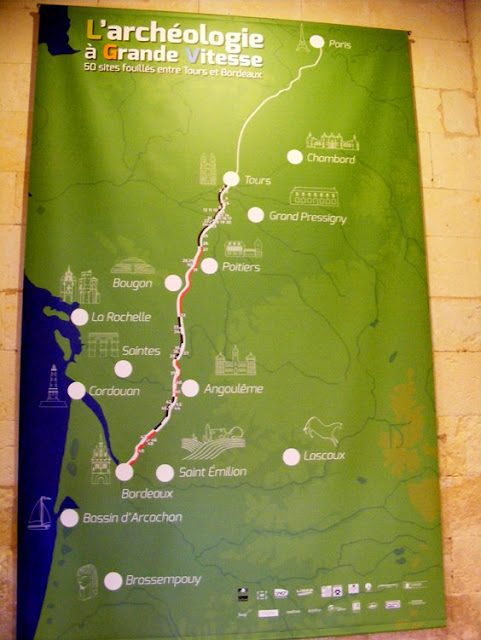 As well as the human artefacts there were also fossil discoveries along the way, with ferns, insects, ammonites and crocodiles from hundreds of millions of years ago.


A cache of arms of mixed date, probably buried to avoid restrictions on having weapons in private possession during the German occupation of World War Two. 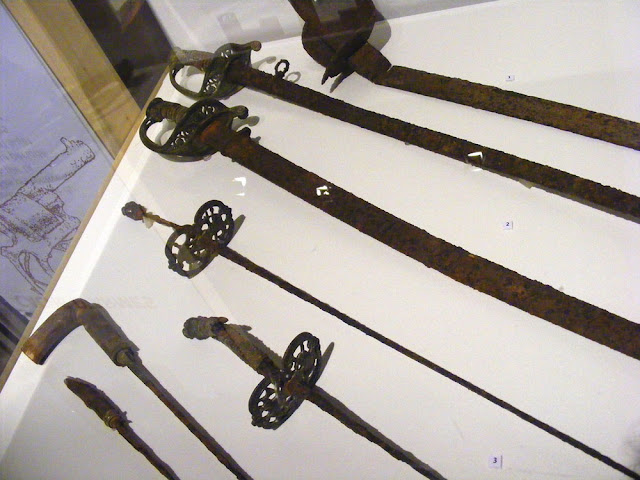 The exhibition has already had a season in Bordeaux, and from Le Grand Pressigny it will move to Angouleme, and then Poitiers. Each exhibition will be slightly different, displaying some different objects and focusing on the sites closest to the town hosting the exhibition.

What to do With an Abandoned Vineyard

Biodiversity Surveying Along the LGV

Very Interesting and a nice collection of finds representing hours and hours of digging and scraping. Is the train line in full operation yet?

How sensible of the French authorities to arrange for this digging well in advance of putting down the tracks. Did any of the discoveries (like the Gallo-Roman villa) cause a change in the planned route?

Fascinating! As is your post about the chapel roof. Thank you.
Jocelyn

That is one helluva transect across time!!