Edmund Barton was Australia's first Prime Minister, serving from 1901 to 1903, after which he was one of the first group of High Court judges in Australia.


A bas-relief portrait bust of Edmund Barton in Manly. 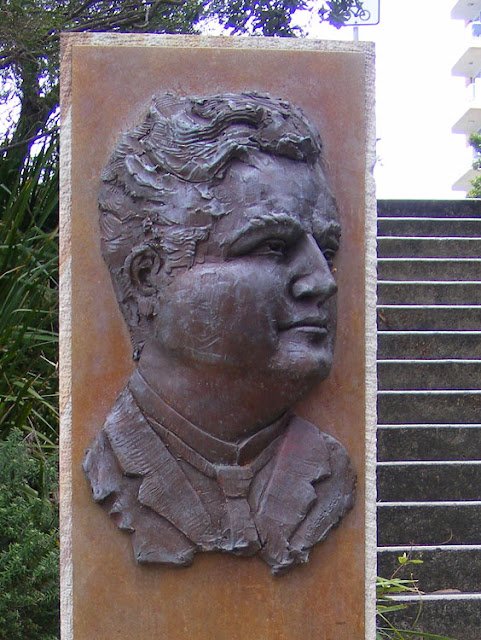 Being a member of the first Federal government meant that he was involved with the establishment of key institutions, developed the Constitution and brought in important legislation. Whilst he didn't think Chinese people should be allowed into the country, he did think that women should be allowed to vote. (French women didn't get the vote until de Gaulle, in 1945.)


By all accounts he was sporty, jovial, persuasive, handsome, epicurian and politically moderate. His unkind nickname in the tabloids was Toby Tosspot. Despite that he was universally acknowledged as a scrupulously impartial judge and broadly supported as Prime Minister.