Last Tuesday Dad left France on the next leg of his trip, flying from Chateauroux airport to Southend on the Thames estuary east of London. This is a new route operated by SkyTaxi, a Polish charter airline which operates some scheduled flights under the brand IGavion.


A Saab 340A, one of the two planes in the IGavion fleet.
A C2FPA Boeing 747 can be seen in the background 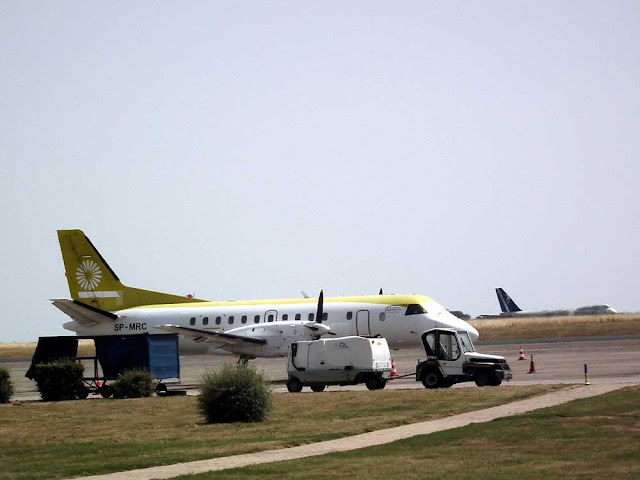 The relatively new terminal has until recently been used only for holiday charter flights, mainly to mediterranean holiday resorts. There is (free!!) secure parking, a coffee shop, and because the airport is rarely used the staff are unstressed and friendly. The security guy apologised to Dad for making him pack his walking stick in his checked suitcase, but rang a friend in the pompiers (fire brigade) to ask him to come and help Dad to the plane.

It has to be said that although the staff were friendly and efficient the flight wasn't without issues: we had to get Dad to the aiport 90 minutes before the flight because he had large luggage, which meant he then had a 90 minute wait alone in the lounge. The plane was then 1 hour and 40 minutes late leaving (reason unknown). I hope they kept him well watered, it was a very hot day.

The airport terminal is a new building. 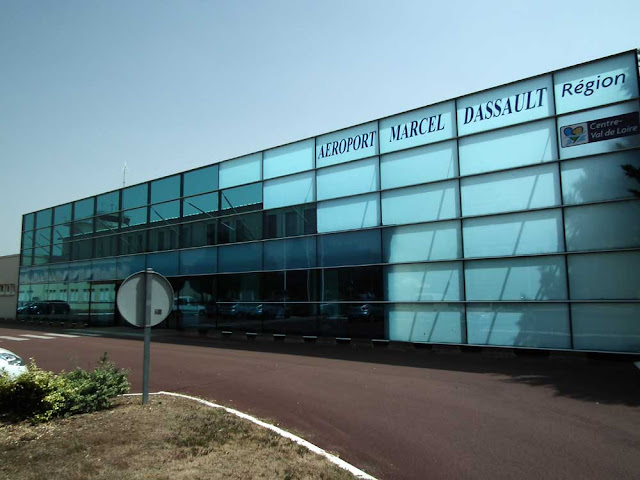 The airport has a long history, starting as two air bases in 1915 and building until 1918, when there were 3,000 people attached to the base. It then shrank somewhat until 1936, when the French Air Force based two reconnaisance and bombing squadrons here, and Marcel Bloch started building a factory on 157 hecatres of land (these building still exist and are listed historic monuments).

During World War 2 the Luftwaffe based two fighter squadrons here, then after the war the base was massively expanded again and became the biggest US Air Force base in France. Two service towns were built in the area, and for the time the Berry was once of the best places in France to be employed.


An Antonov An-124 cargo plane, a regular visitor. 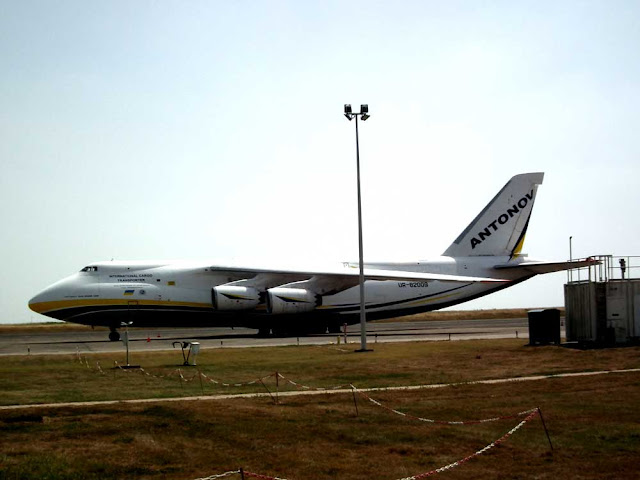 Although it is a busy airport capable of handling all sizes of planes, until recently there have been very few passenger flights from Chateauroux. The airport is the base of a number of aircraft recycling and repair businesses, as well as the place that all French aircraft fire-fighters are trained (C2FPA - the Centre Francais de Formation des Pompiers d'Aeroport). It also has a number of flight schools for commercial and military pilots, and until the year 2000 Concorde was a regular visitor for pilot training. 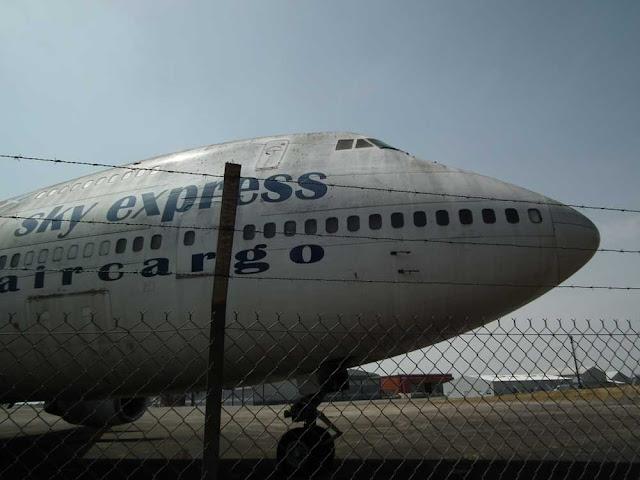 Your Dad appears to be very fit, but still all that travel must not be easy especially since he started his trip in Australia.