Some years in Preuilly we see flocks of White Stork Ciconia ciconia as they migrate to or from Africa. They are on their way to or from northern Europe where they breed. On Wednesday I saw one in a field near Yzeures-sur-Creuse. When we were in Mulhouse in July I was excited to see a few White Storks lazily gliding and circling above the city. I was super excited when we randomly came off the autobahn in Germany into a little village on the Danube called Geisingen. In the middle of Geisingen was a stork on a big stick nest on top of someone's house!! My first time ever seeing this.


Geisingen is 2710 kilometres from the mouth of the Danube where it empties into the Black Sea. We crossed the river Donau (aka Danube) several times as we travelled from France through Germany to Austria for lunch (the obligatory schweineschnitzel and chips, with a beer). 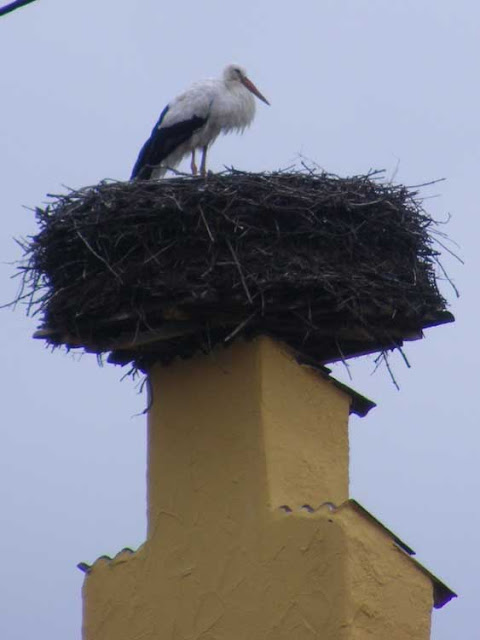 Storks feed in open damp meadows, grabbing insects and amphibians for their little ones. Because they are such strong and obvious migrators they were the subject of one of the first large scale banding and monitoring projects, conducted in Germany from 1906 to the outbreak of the Second World War. Storks wearing rings from this project were still being recorded ten years after the end of the war. 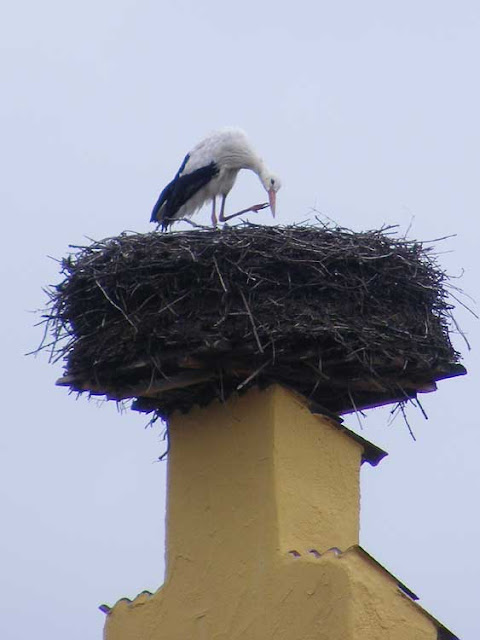 The population of storks in France is under a thousand pairs and in Germany under 5000 (mostly in the east), so I think we were lucky to have seen the ones we did. The big breeding populations of 30 to 50 thousand pairs are in Poland, Ukraine and Spain. Whilst not now considered endangered globally, the biggest threat comes from changes of land use, where grazing meadow is ploughed up to grow maize.


Although the area we travelled through has been traditionally associated with the presence of breeding storks, by the 1980s, the numbers in the upper Rhine Valley had dropped to 9 pairs. Only frantic and determined conservation work by a dedicated stork conservation organisation in Alsace and Lorraine saved the day. A stork nesting on your house is believed to bring good luck and harmony so they are positively encouraged.

Quite a feat of engineering in that nest. Do the houses have special platforms atop their roofs to encourage nesting? One certainly wouldn't want that on the chimney.

Yes, I think the gable end is designed to take a pallet that the nest sits on.

In Alsace, if I'm not mistaken, they used to put on top of chimneys cart wheels on which storks can build their nests.