A Different Type of Mountain

Mount Ainslie, named after the supervisor of a nearby farm in the 19th century, is the biggest mountain in Canberra at 843metres above sea level. Even Wikipedia can't work up too much enthusiasm for it, describing it as a hill. There is a road leading to a lookout, which gives good views over Canberra, and a footpath to the top which as kids we could just about run up.


Mount Ainslie. The building in front is the Australian War Memorial 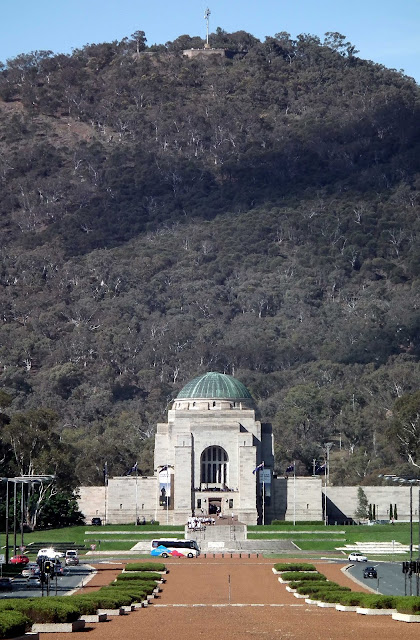 It is quite close to the Canberra town centre, so it is where we used to test drive cars when we were buying them to see if they would go up a mountain. Looking at some of the mountains we have seen in Switzerland recently, I am not sure how good a test it really was.
Posted by Simon at 09:00