I recognised him immediately although I'd only ever seen pictures of him before. 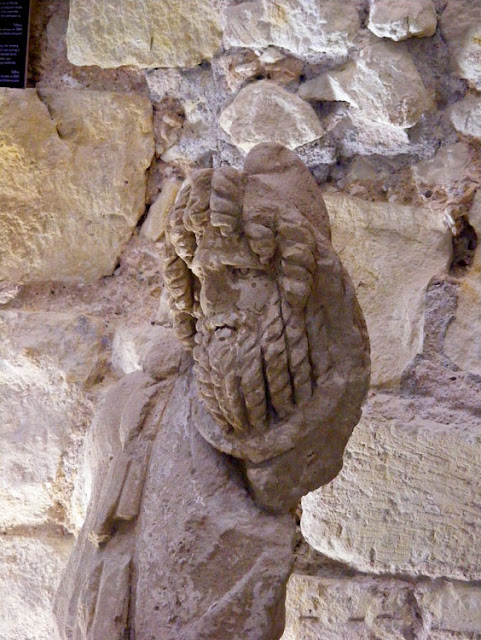 This statue is the only significant artefact to come from an archaeological dig around the base of the impressive Roman monument known as the Pile Cinq Mars.


Now the statue is displayed in the Museum of Prehistory in Le Grand Pressigny. 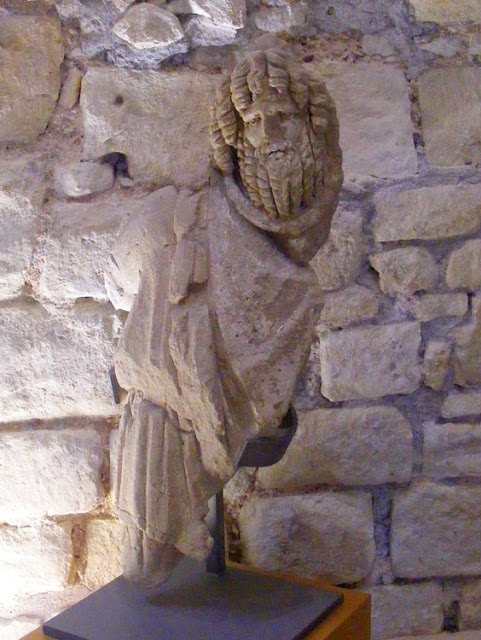 Although originally identified as a local god, the statue is a typical example of a 'captive barbarian'. The hairstyle and clothing indicate he probably represents a warrior from Dacia or Parthia and the archaeologists think he was probably one of a group intended to commemmorate a local Turonian veteran.
Posted by Susan at 09:00

I didn’t know Gallo-Roman times were prehistoric! Any particular reason why this interesting statue was placed in the Museum of Prehistory in Grand-Pressigny, even though in the Touraine, but so far from where it was found?

Where would you suggest it goes?

That’s a good question. I’m sure this sculpture would fit with the Greco-Roman, Roman and Gallo-Roman sculptures of the Musée des Beaux-Arts at Tours that will be closer to La Pile, where it was found, than is Le Grand-Pressigny.

It's a while since I've been, but I don't remember any Gallo-Roman stuff in the Musée des Beaux-Arts in Tours (apart from their boundary wall, which is part of the Roman city wall). I think the statue is at LGP because the museum there, without anyone really remarking on it, is morphing into the 'Museum of Archaeology'.

It makes somewhat more sense if the LGP museum is morphing into a musée archéologique of the Touraine area, in addition to its vocation as a prehistoric museum.