They'll miss me on the Lachlan

Today is Victory in Europe Day, commemorating the end of the Second World War in Europe. We will attend the ceremony and the town gathering to serve drinks and homemade cake. It is very convivial. In lieu of a post about World War Two though, I have chosen to write about a different, earlier conflict today.

My sister alerted me to the new Boer War memorial in Anzac Parade, Canberra, soon after it was installed in 2017. It consists of four bronze life sized mounted troops descending a low rise, with a verse from a Banjo Paterson poem ('On the Trek') and the history of the conflict presented through the words of a young soldier's diary laid out on open books. 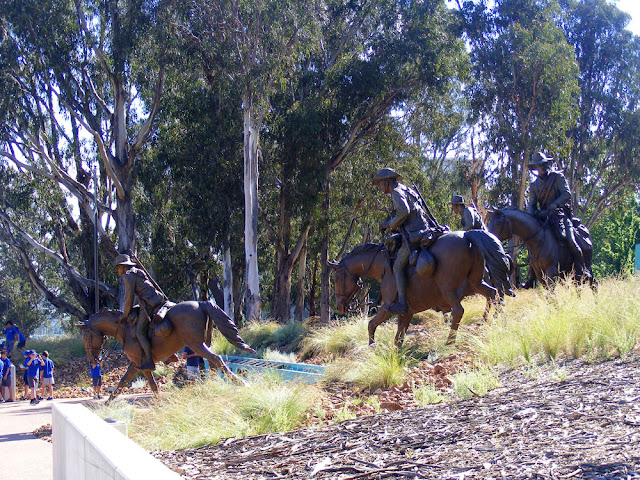 The bronze has been treated to give subtle colour to the figures. The uniforms have a hint of khaki, the horses are bay. 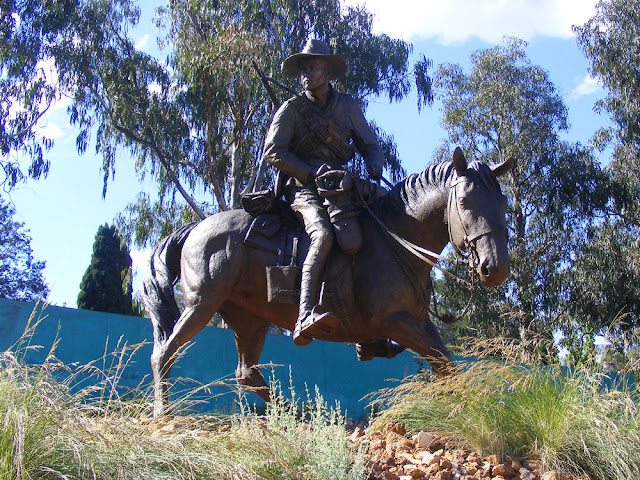 The only thing most Australians know about the Boer War is the name Breaker Morant, who they have a vague idea was a wronged Australian hero in the South African conflict. The truth about him is elusive and surrounded by myth. Courageous and a remarkable horseman no doubt, but I don't think what he did qualifies him as a hero and the most recent evidence suggests that his execution as a war criminal was not quite the miscarriage of justice that some people believe. Quite rightly, he doesn't get a mention on the memorial. 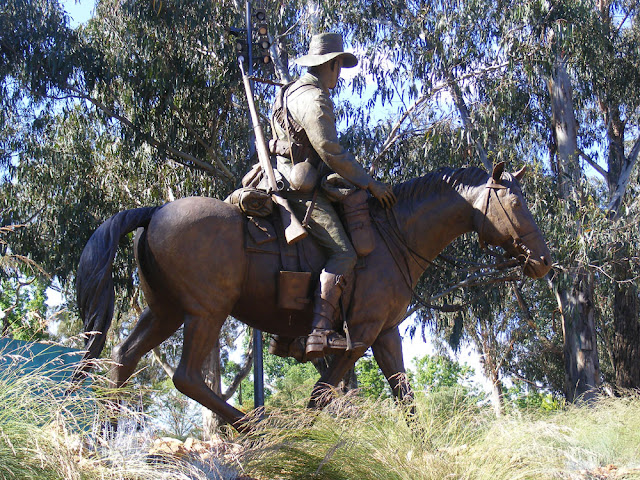 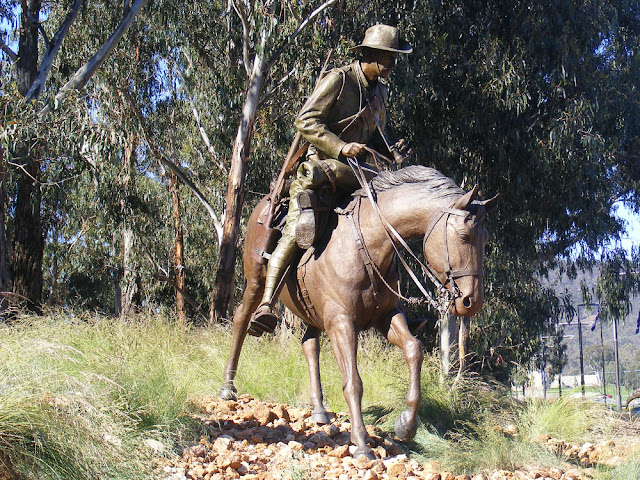 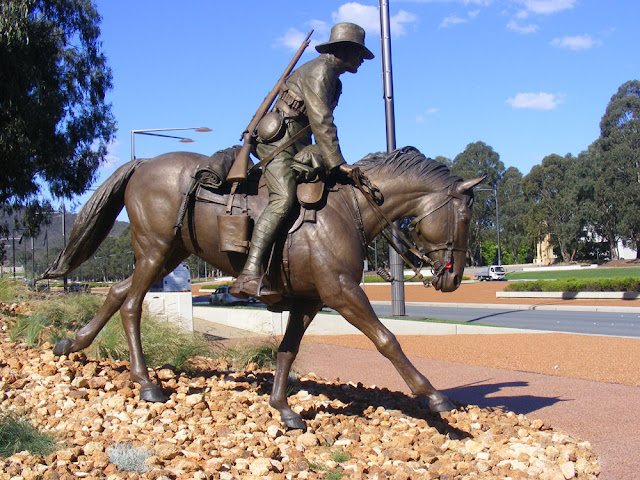 Very impressive bronzework and a good memorial to the Boer war. Love the poppy someone has left on the last horse.

Amazing. I can't even begin to fathom the many steps which went into creating such a work. Just getting the pieces to the site and placing them would be quite a feat.