A Trip to the Country

A couple of weeks ago we had a day without a blog post. That was because we were busy and not organised enough to have a blog written and ready to go.

And the reason is...

I have written before about Célestine's various woes, and now we have her electricity issues sorted, it is time to get on with the next thing on the list. The item that has had me quite concerned for a while has been a banging in the front suspension in potholed roads. Everyone I have spoken to has had their own theory, but of late that has centered around "silentblocks", the rubber engine mounts. I had a couple of Facebook chats with Traction Avant minded mechanics, and was recommended to speak to Marcus, a Dutchman who had been president of the British Traction Avant club, and who now resides in France just outside Montmorillon.*

We arranged to take Célestine to Marcus, so we trotted off down south where the deep countryside lives. The roadsides were covered in a mixture of cowslips, bluebells, red campions and early purple orchids, the sun was shining, and there were sheep and lambs gambolling in the road (a farmer diverted us around his flock via his farmyard). It's only 70km or so away, but the countryside really changes: more hills, smaller fields and more mixed farming. Buildings change too - Roman roof tiles require roofs to be a shallower pitch. 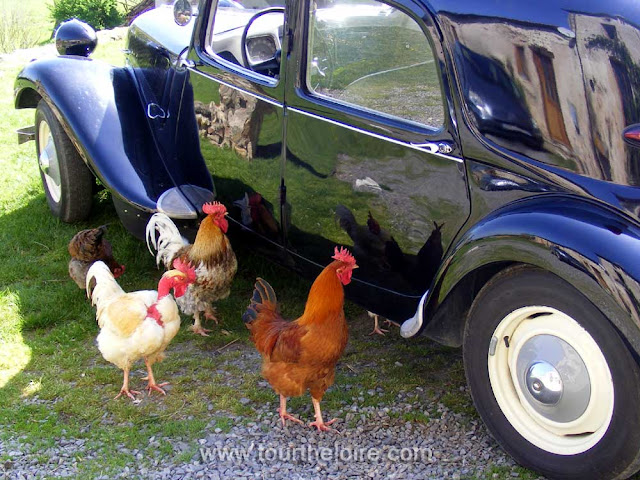 When we arrived at Marcus and Diane's smallholding the geese, sheep, chickens and donkeys were enjoying the sunshine, as were we. I had baked an onion tart (huge sucess) and we had a very pleasant lunch of various tarts and salads sitting out under the gazebo.


We love the Rasta Donkeys 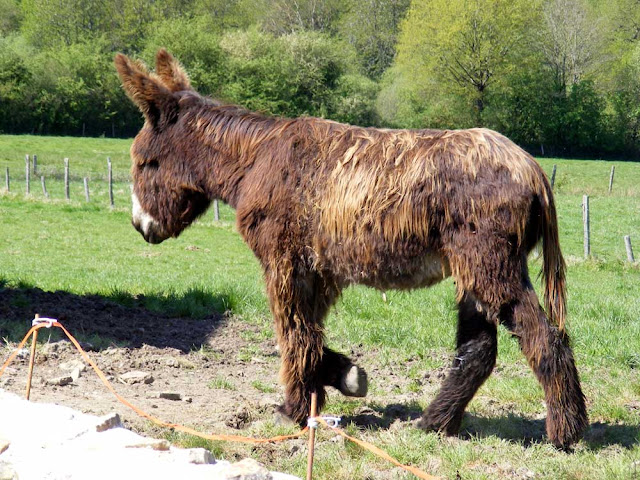 At about 3.00pm we decided that Célestine should be looked at, as that was the porpose of the exercise. Marcus was complimentary about the way we maintain her (which was very nice, and extremely reassuring) but we couldn't find anything wrong - even with the silentblocks (Yay - that would have been expensive). We then went for a ride through the countryside, but she was behaving magnificently and didn't bang and clang. Don't you hate it when they do that??


Getting jiggly with the suspension. 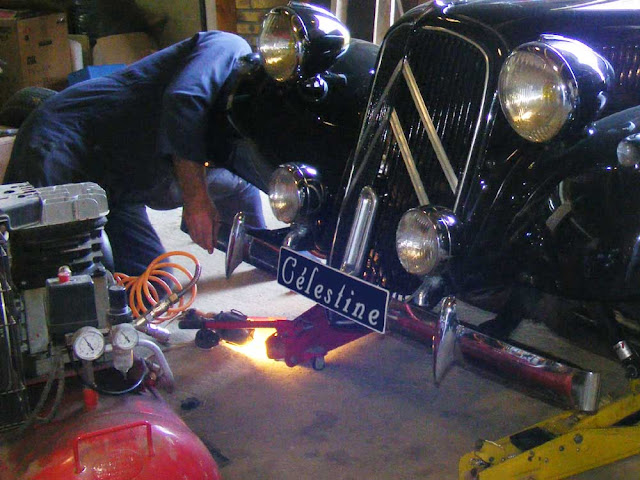 Anyway...we left at about 7.00pm, reassured (we hope) that nothing is about to break on Célestine, and happy at having met some nice people and fellow Traction enthusiasts.

* Isn't freedom of movement wonderful?
Posted by Simon at 09:00

Chickens ready for a tour?

This reminds me of when we decided to sell my husband's VW bug instead of my Sunbeam Alpine. Someone came to drive it and when he did it made a rubbing sound at turns. So we sold the other car instead. And of course the VW had never made that sound before - and not afterward either!