North Head on Sydney Harbour is an area of coastal banksia scrub. It is a great place for a walk, especially if you are interested in nature and a bit of history. 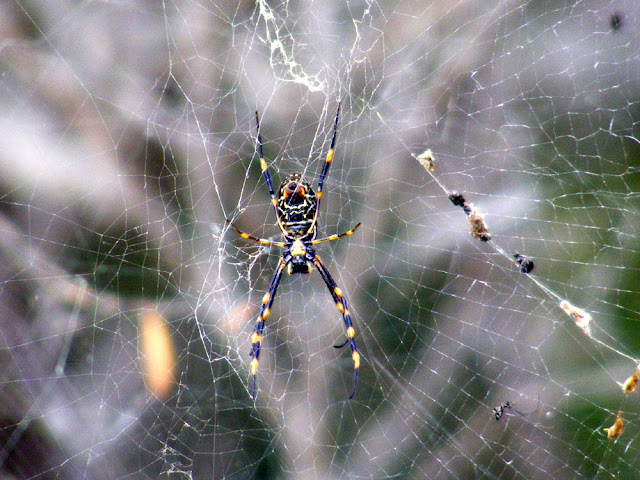 Suspended in a large bush was a golden orb-web, with a female Humped Golden Orb-weaving Spider Nephila plumipes in the centre. Braving the same web was a much smaller male, out on the edge. This is one of the species that featured in a study that got a lot of press coverage (for a paper about spiders, anyway...). It revealed that they grew bigger and laid more eggs in urban environments than in rural environments, probably due to greater availability of prey, warmer temperatures, reduced pesticides and fewer predators. The species is found in coastal areas of the northern half of Australia, Indonesia, Papua New Guinea, the Solomon Islands, Vanuatu and New Caledonia. 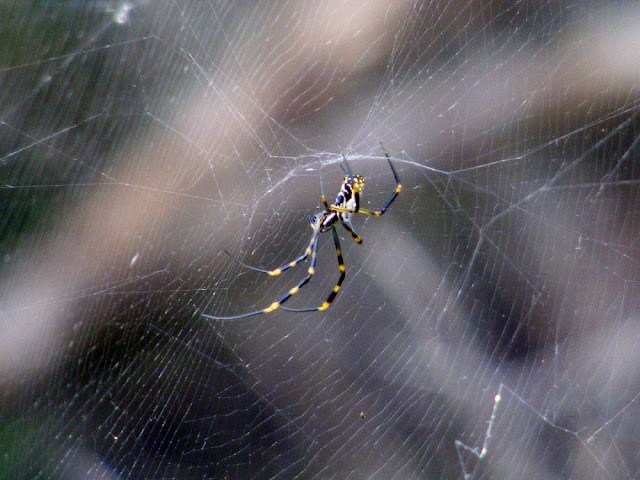 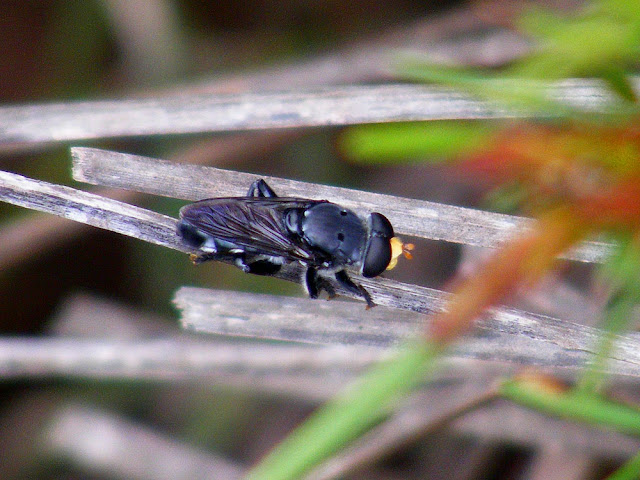 The handsome hover fly Orthoprosopa grisea is a obviously a coastal species, mainly recorded in the east of Australia, in the northern half of New South Wales and south-east Queensland. The larvae live in the decaying stumps of Grass Trees Xanthorrhoea sp. 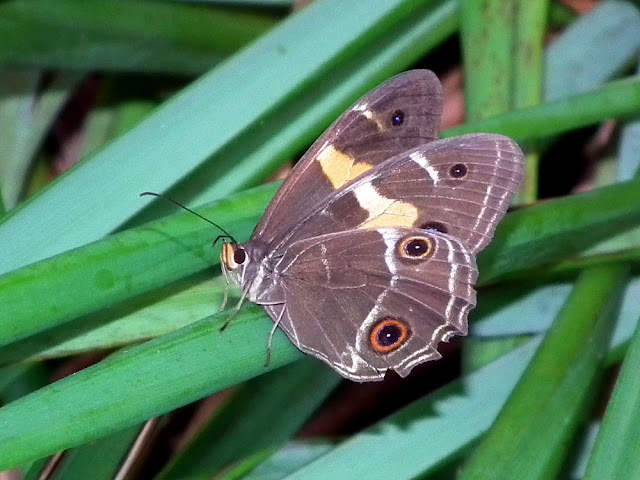 The Swordgrass Brown Tisiphone abeona is endemic to Australia, occurring along the southern and eastern coast from the South Australian - Victorian border to south-east Queensland. Their caterpillars feed on saw sedge Gahnia sp.

Excellent photos. What else is new?