(Half) A Day at the Cricket

When we were in Australia we went to the cricket - 5th Ashes Test Match, 4th day. I had bought the cheapest tickets known to mankind ($33 each), which placed us only 5 rows back from the boundary in the families (no drinking) area. That was a deliberate choice, as I have experienced drinking at the cricket before and it just isn't pleasant.


We should have been sitting there. 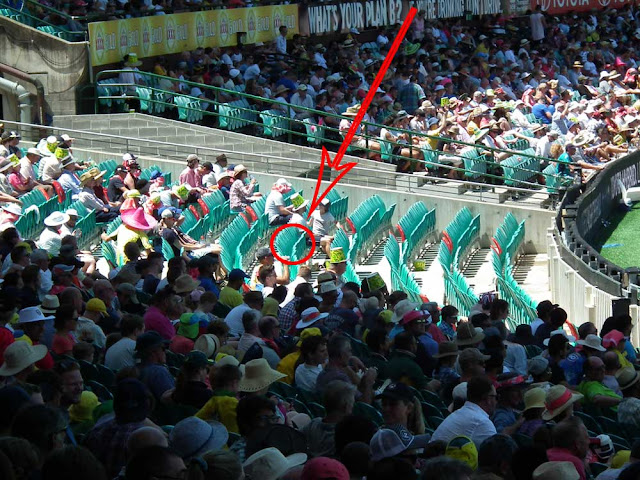 Susan had never been to the cricket before, let alone a test match, but she agreed to go as a cultural experience. It was fun - the SCG is a great venue. Less great than it used to be back when I started going to the cricket as they have demolished all of the old stands - barring the heritage listed ones - and turned it into yet another boring sports arena, but look in the right direction you get an impression of what it used to look like.


The Ladies' Stand and the Members Stand. 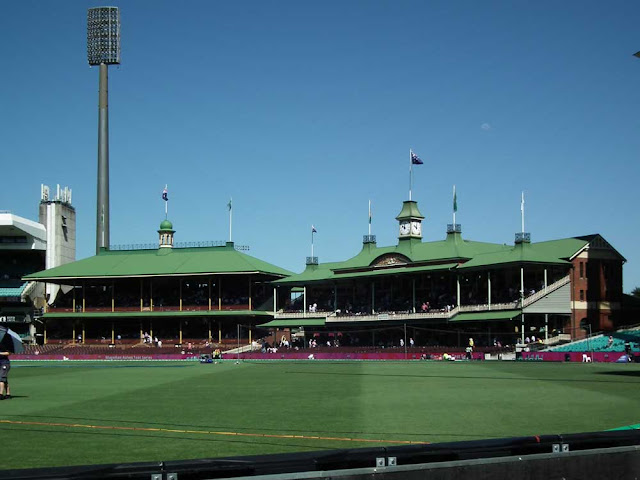 The day was very hot (47.7C in the shade, 58C or more in the middle) and England were toiling. For some reason(!) the English bowlers couldn't get the ball to move sideways whilst the Australian bowlers were able to do it at will. 'Sandy, that... 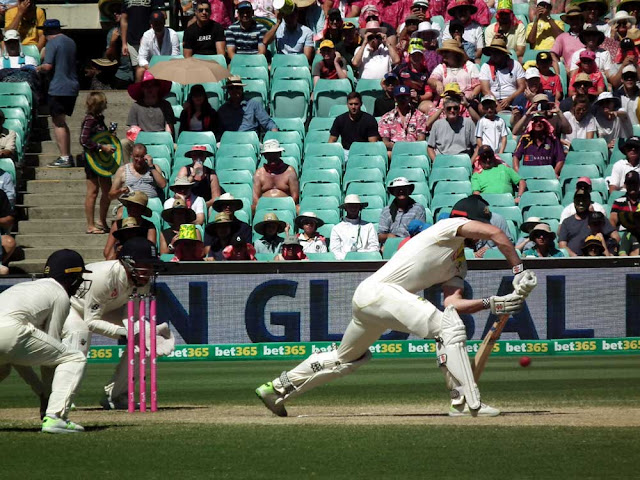 Our seats were soon in an unshaded area, so we abandoned them after an hour to stand/kneel/sit on the floor in the shade of the concourse. The view was just as good, and the relief from the sun more than compensated for the lack of a seat. We left after 4 hours (drinks, second session) due to the heat, but it was interesting for both of us, and I took some great photos (289 of them!).


It was too hot for running around. Didn't stop some people, though.... 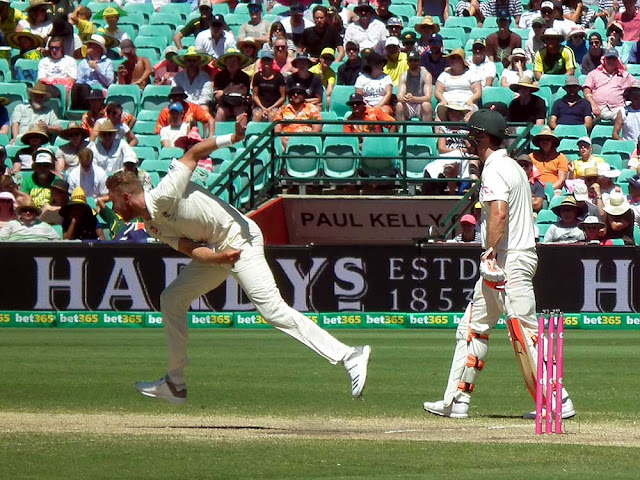 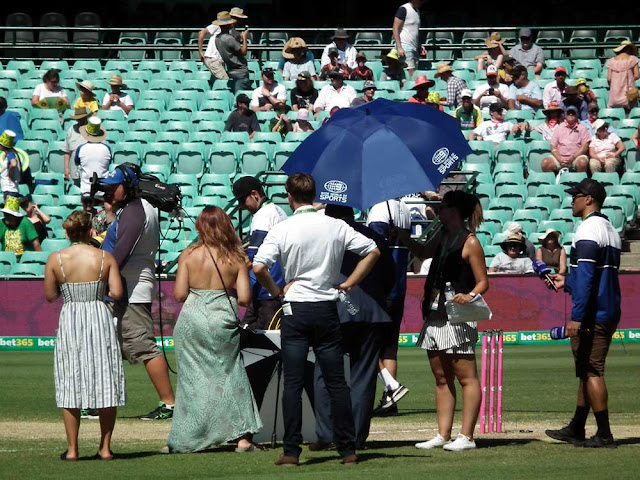 (I realise all of the above is probably Double-Dutch to our American readers, but you get that for having left the empire and not playing proper sports)

Tooooo dammed hot for doing anything that never mind playing OR watching Cricket...

Cricket is my favorite sport i daily play 4 to 5 hours. dont forget to check Pak Vs Eng score