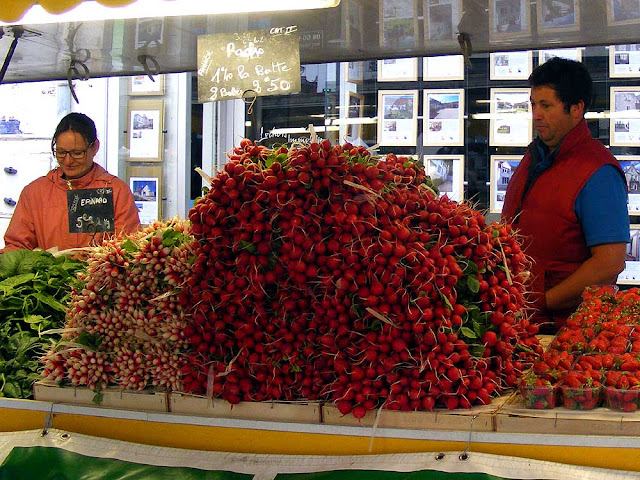 Fabrice's farm is about a kilometre from the chateau of Villandry. One of his great innovations a few years ago was to install a veggie vending machine near the public parking in Villandry. This area, which allowed camper vans to park for free, has over the past year been completely revamped by the local authority.

The camper van park has been moved, and for a while Fabrice's veggie vending machine disappeared from the scene. The other day we found out why.

His farm adjoins the new camper van park and the council had wanted to buy a plot of land off him, but he refused to sell because it was under cultivation and good productive land. The next thing he knows is that the council are telling him that there will be no place for his veggie vending machine.

He was stunned, and offered to pay for a spot, but to no avail. The vending machine provides a real service in Villandry, to both locals and tourists. The village has no proper shops (apart from tourist oriented ones) and the veggie vending machine was bringing in €20 000 a year. Fabrice said that effectively it was his annual profit.

Anyway, after a fight of more than a year, his veggie vending machine is reinstated on a new site at the entrance to the new camper van site. Ever resourceful, he tells us he is now planning a steak haché (hamburger pattie) vending machine, which will be stocked with his own beef.