Macquarie Place was the first in laid out public space in Sydney and was used informally as the town square when Sydney was a convict town. It was deemed to be the point from which distances in New South Wales were measured, and in 1818 an obelisk was erected to mark the spot. 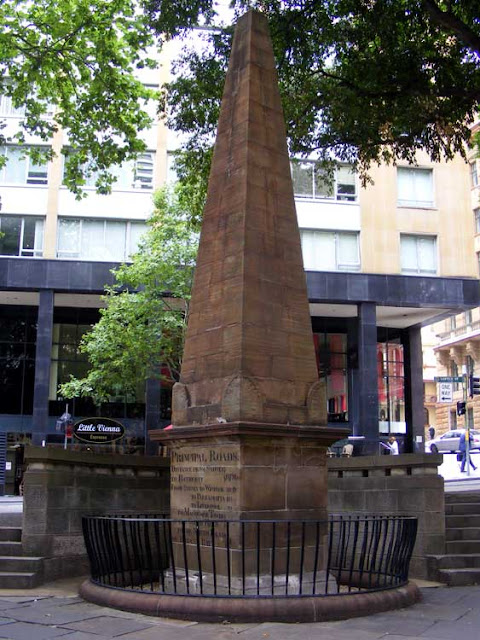 The park still exists, although it is much reduced from its original size, and the obelisk still stands and is still the point from which distances from Sydney are measured.

I used to know this area quiet well: The Basement, a famous Sydney live music venue, was just around the corner. It has recently (in the past month) closed, and its demise will be long be mourned. Not only was it the go to place in Sydney for live Jazz, Soul, and Blues, but it was also the first place I sampled the delights of deep fried camembert.

Never sampled deep fried camembert... Am I missing out and should I put it on my bucket list???? I am not a great fan of camembert as it comes! C