North Head is a promontory of heathland on sandstone cliffs forming part of the natural entrance to Sydney Harbour. There is considerable evidence of Aboriginal occupancy of the Head, although we didn't see any. After British colonisation North Head was used as a quarantine station for those newly arrived in the colony. One of the cemeteries for those who died in quarantine can be visited and contains the graves of victims of influenza and plague outbreaks. The quarantine station operated until 1984 and was mainly used to control the spread infectious diseases like whooping cough and smallpox brought in by people with inadequate vacinations.


Metal grid paths have been installed so that walkers have the least possible impact on this fragile landscape. 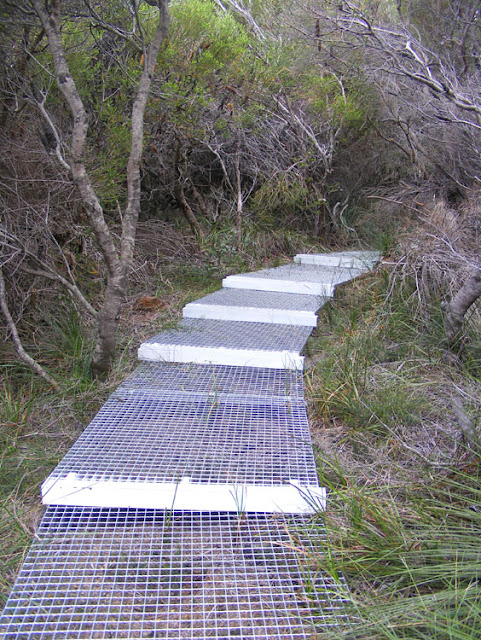 From the 1930s onwards the military occupied North Head and the barracks and parade ground are still there. During World War Two this was one of the most heavily fortified sites in Australia, fitted out with big guns to protect the Harbour from enemy ships. Later the facility became the Army School of Artillery, but that has since been relocated to Puckapunyal.


Pouched Coral Fern dominates some areas, along with Swordgrass (the tall plumes mid-distance). 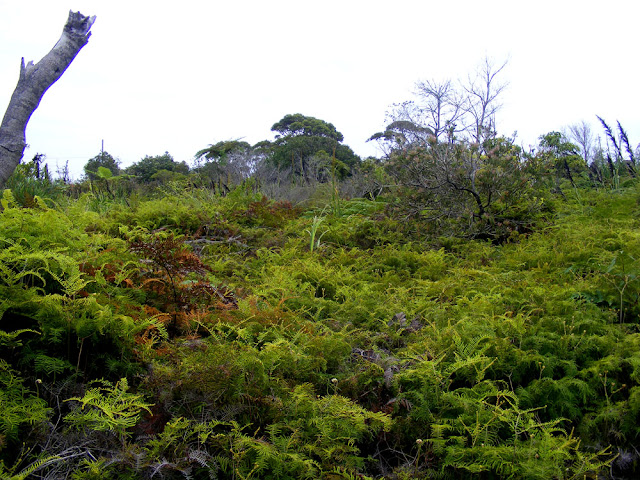 In 1975 the quarantine station buildings housed Vietnamese refugees and the next year people made homeless by Cyclone Tracy's devastation of Darwin on Christmas Day. Today North Head is an important and much loved nature reserve, protecting rare coastal scrub habitat.


Broken glass on the military compound wall to discourage trespassers. 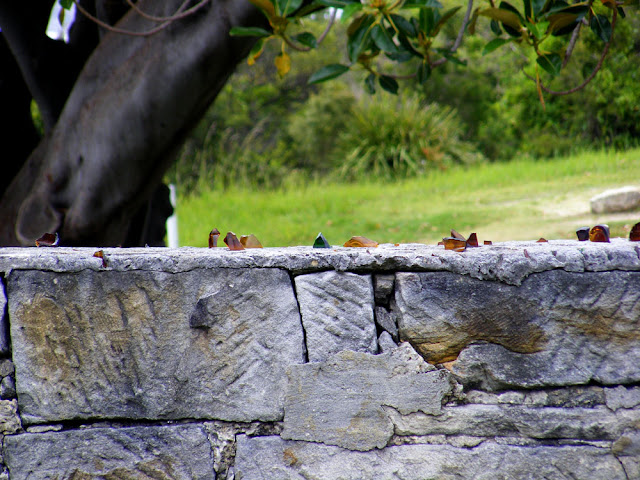 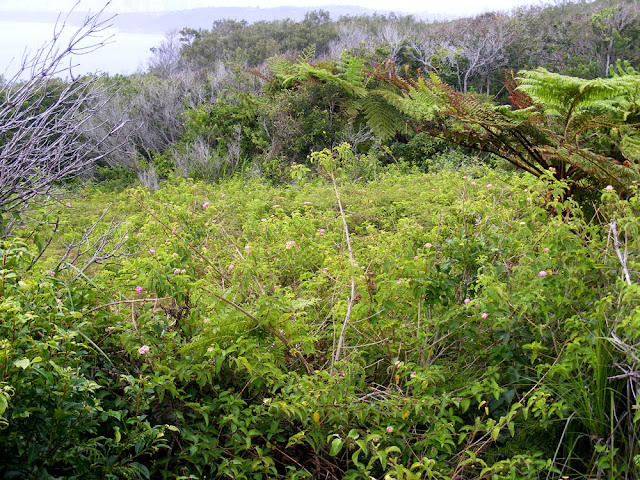 The military roads are camouflaged due to the risk of air attack in the Second World War. 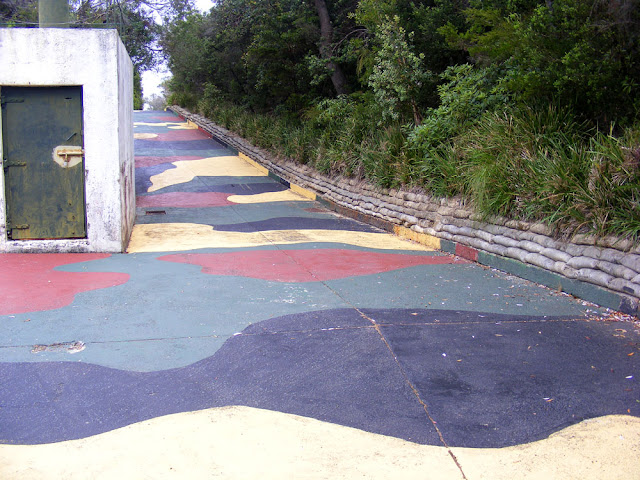 Looking across the Heads to Sydney. 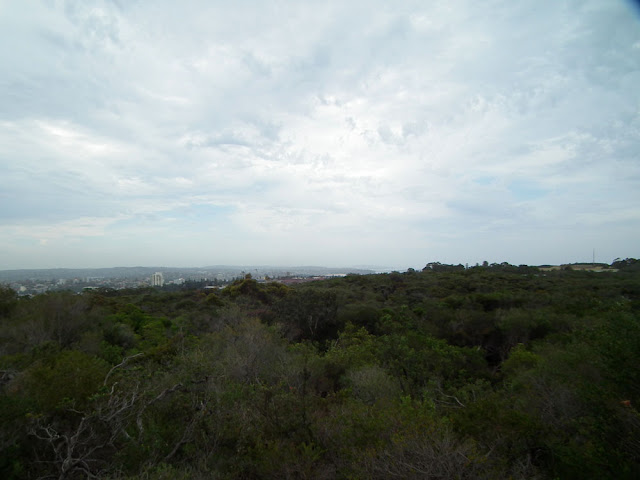 A grave in the Third Quarantine Cemetery. 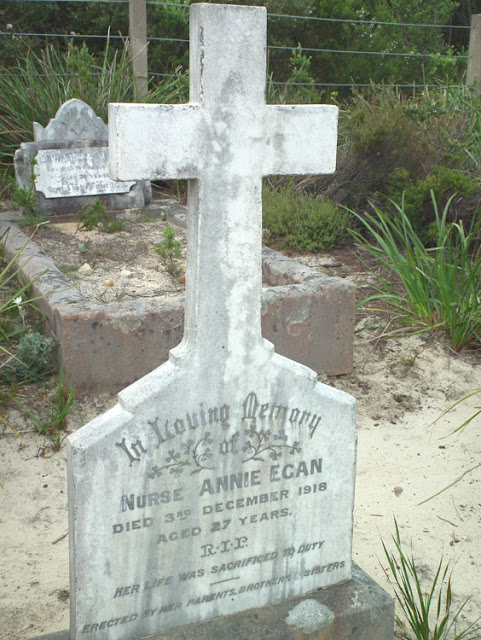 There may or may not be bandicoots. 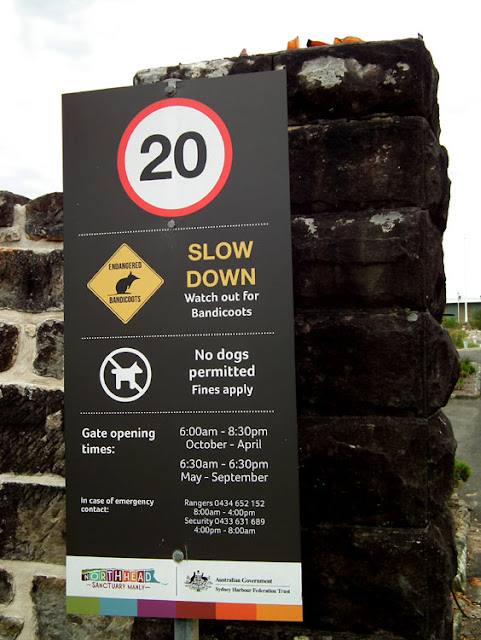 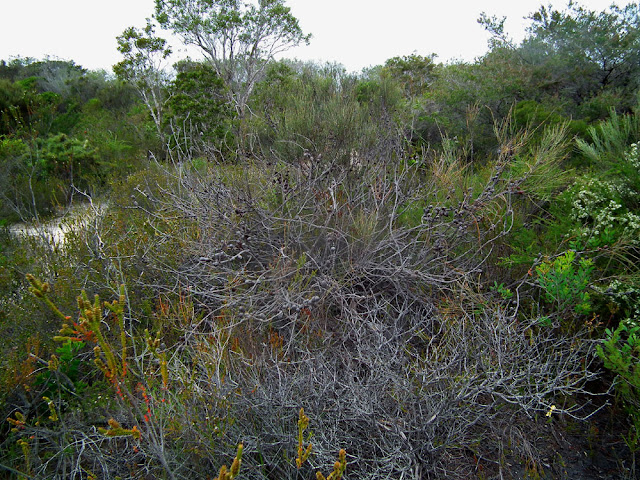 When I was a lad! they used to put glass, like your picture, on the top of the yard walls of terraced houses to prevent thieving b*****ds climbing over. I suppose it would be illegal now!!

Many years ago I saw an excellent Australian mystery movie, "Lantana," which revolved around the disappearance of a little girl who was finally found hiding in the depths of a mountainous lantana. I often think of it when I see little planta for sale in a nursery.

Great photos - both here in the prior post. And a lovely bit of history. Maybe, some day. I'll get there to see for myself!