The History of the Franks


In Monday I wrote about Ste Clotilde, and mentioned that there were many lurid tales about her in the 10 part "History of the Franks" by Gregory of Tours.

When we were in Paris in February this year we visited the Cluny Museum, which had a special exhibition of Merovingian items, including an 8th century copy of one of the books of "The History of the Franks". My Latin isn't good enough to be able to tell you what page this was open at, but it is amazing that such a thing still exists. 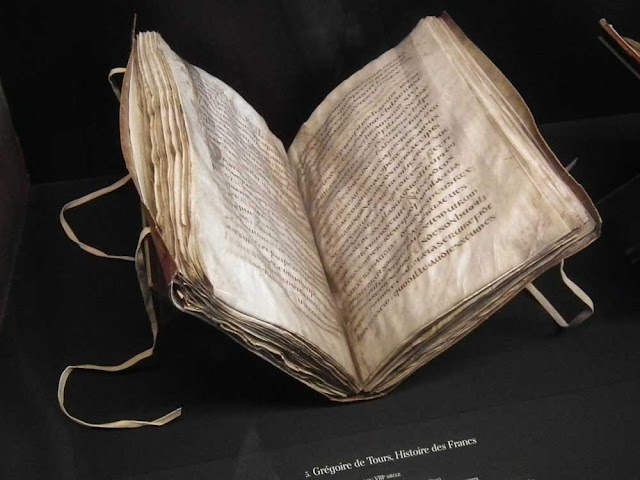 Even more amazingly, there was a 7th century copy of the book (3rd or 4th quarter), which means that it was produced less than 100 years after Gregory's death. 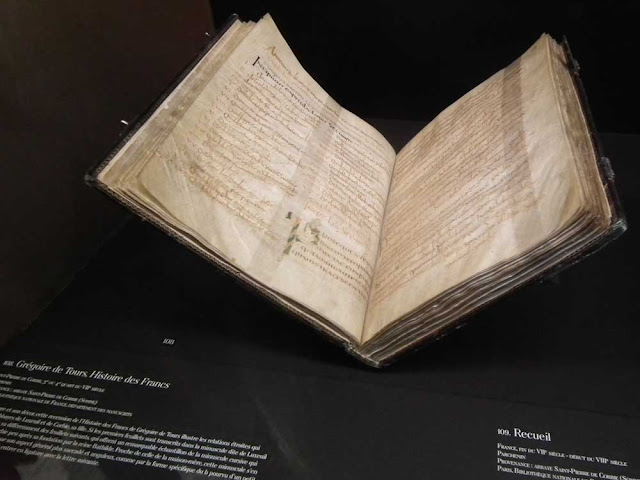 Of course, just because it was produced so close to Gregory's death doesn't mean that it is any more accurate in its history, but it does mean that it is closer to the story that Gregory wrote. It has to be remembered that he had to be very careful about displeasing his temporal master, who happened to be the Frankish king. Tours was on the border of the two parts of modern France - the Frankish north, and the more Roman south, so he heard plenty of stories which he appears to have used to illustrate the benefits of Roman Catholic clean living, rather than being totally empirical.

It is through Gregory that we "know" so many things about the Merovingians, but the quality of the art and literature the Merovingians left behind would tend to make a lie of the impression Gregory gives that they were an unruleable rabble.  It may be that the stories of the Merovingians are there to contrast the virtues of being a good, Roman Catholic king, as opposed to the Pagan, Jewish or even (gasp) Arianist Christian subjects.
Posted by Simon at 09:00

Yes, it is amazing that such books survived to this day!