The Jardin du Luxembourg has statues of 20 French Queens and Illustrious Women. The subjects were chosen by  Louis-Philippe I  in 1843.


Ste Clotilde (475?–545) was the second wife of Clovis 1, first king of all the Franks, and  was responsible for him converting to Christianity (particularly to Catholic Christianity rather than Arianism, which would have been the most likely course). She is the subject of a number lurid tales, including from Gregory of Tours (538?-594) in his epic 10 book Historia Francorum (History of the Franks). 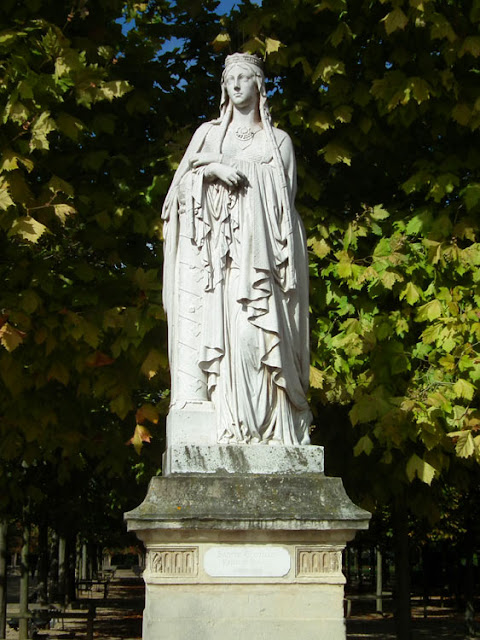 After Clovis died (511) she did the nun thing, and went to the Abbey of St. Martin at Tours. You can read more about her here, and to be in her statue like presence you have to go here. This statue was created by Jean-Baptiste-Jules Klagmann in 1847.

That Arianism thing reminds me of arguments over how many angels could dance on the head of a pin.