Some views of Ravensbourne National Park in south-east Queensland. 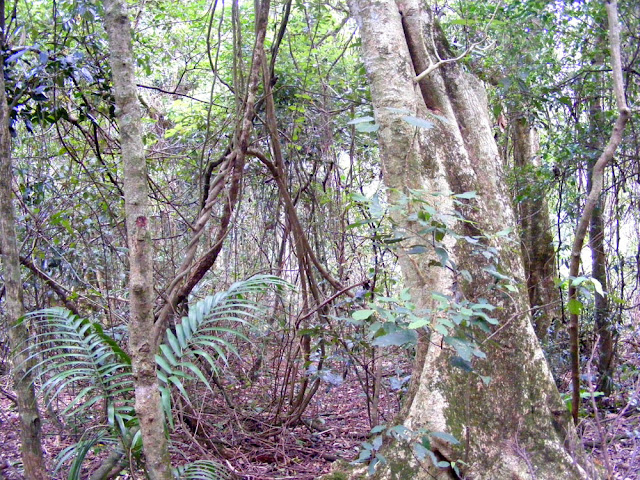 Ravensbourne National Park is about 20 kilometres from Toowoomba. It has some remnant old growth trees of great size, palms, gullies with small streams and some species of birds that you don't commonly see, such as Black-breasted Buttonquail, Green Catbird and Noisy Pitta (110 species in total). You might also catch a glimpse of native frogs and lizards. Ravensbourne NP is the best surviving section of the once vast rainforest and wet eucalypt forest that covered this part of the Great Dividing Range until European settlement. 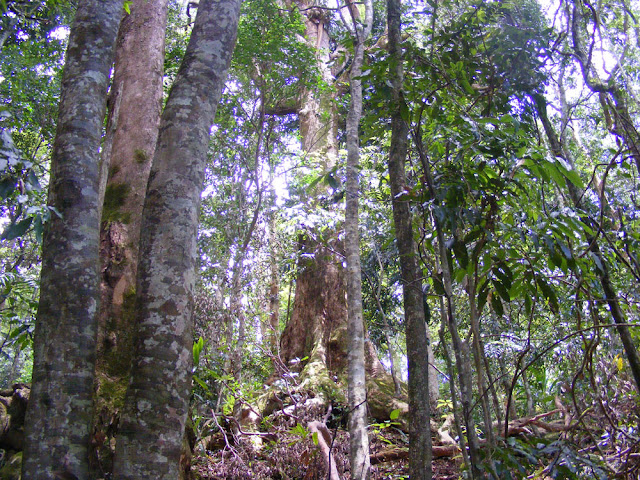 The local Aboriginals used the area as a stage on their journey to the Bunya Mountains, where they would harvest the important food source of Bunya nuts from the Araucaria bidwillii. In the second half of the 19th century most of the big hardwood trees, especially Red Cedar Toona ciliata, were felled. 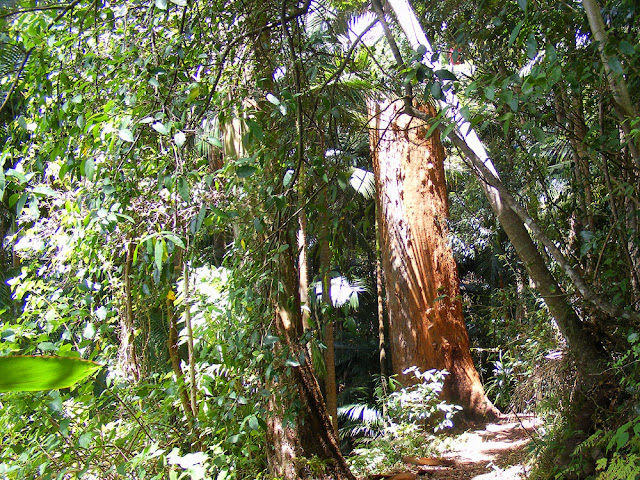 Nowadays, apart from the remnant giants, the star plants are the palms and the ferns (including elkhorns). The fungi are also notable. 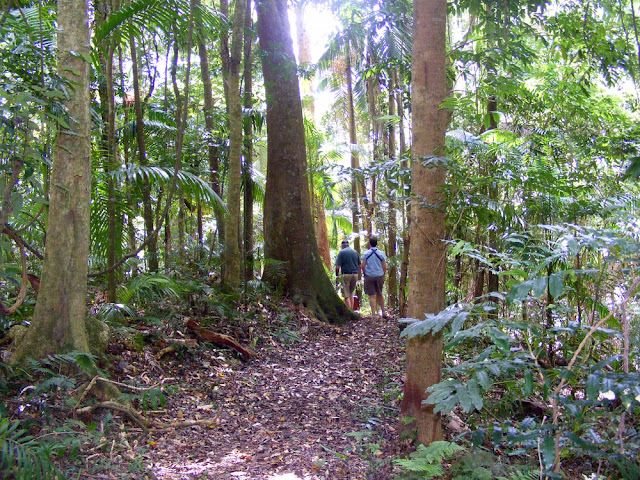 Camping in the National Park is not permitted, but it is a popular picnicking spot with a panoramic lookout. Bushwalkers and birdwatchers also take advantage of how close it is to Toowoomba. Shelter sheds and picnic tables are provided at two areas, as well as pit toilets, water and wood barbecues. The water is not potable so you are advised to bring your own or boil the water on site. Likewise, firewood is not provided, so if you want to barbecue you need to bring your own fuel (collecting wood in the National Park is understandably forbidden). There are no rubbish bins and visitors are expected to take their own rubbish out. Domestic animals are banned from the park. 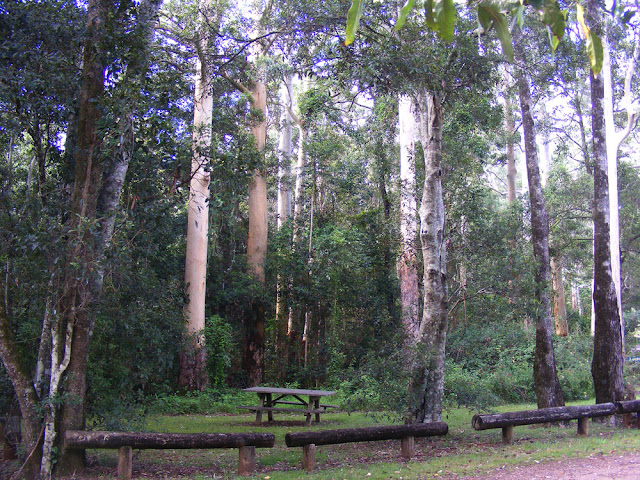 Some of the tracks have steep drop-offs and can be slippery after rain. Visitors need to be careful of the stinging trees. Mobile phone coverage is patchy so you need to fairly self-reliant. 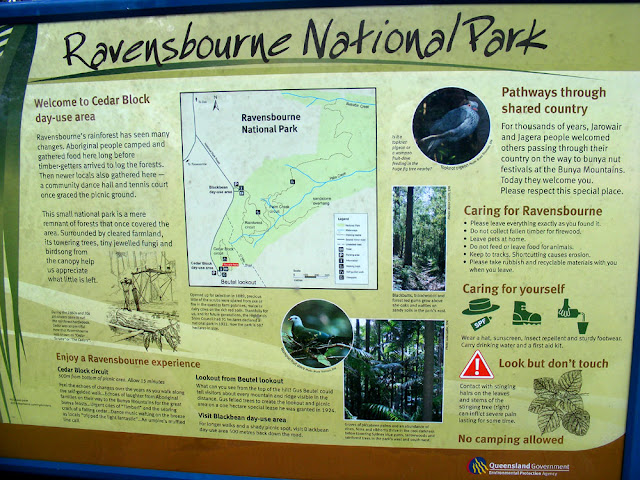 This NP seems to be extremely rich in flora and fauna. Are visitors attentive to keep it clean?

It's the size of the trees that astounded me. We are not used to such size trees in the UK. C

Mostly I suppose. It's so close to Toowoomba it takes a bit of a beating though.

Wet and warm is the secret I suppose.