You learn stuff, and after you learn it sometimes you want to do it too...

I was in the new and impressive car park at Villandry on Wednesday, and parked across from me were a pair of decidedly ropey 1970s looking cars, apparently out on a rally (or raid). The crews arrived just as I was leaving, so I gave them a friendly toot and wave and went on my way. 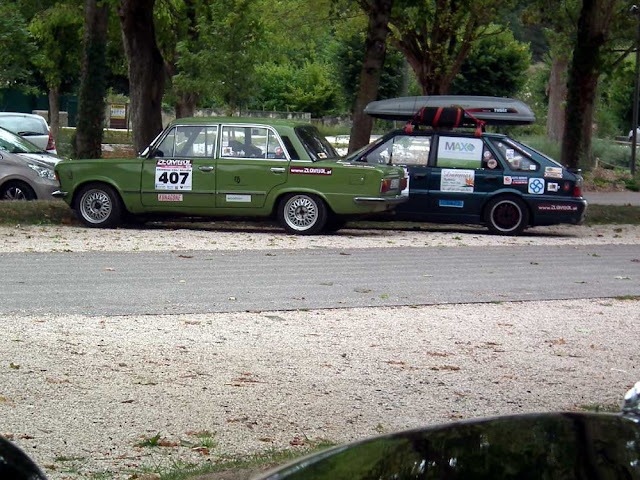 Złombol is a fundraising event for an orphanage in Poland, open to cars built behind the iron curtain before 1989 and bought for less than 1000zloty. That's about 230euros. The rally always starts in Katowice (Poland) and this year was heading to Noja, in the Basque region of Spain. This year there were 530 teams "competing" in what is now reputed to be the biggest event of its kind in the world. The official website is here (in Polish)


The news from Poland (in Polish)

Needless to say, now I know what it is about I am interested...
Posted by Simon at 09:59

Why would you want to do all that mileage in an OLD East European car? If you can find one that looks like it could do it!! Masochist!

Adventure. The same as driving more than 100 miles in a Deuche...