A week and a half ago were the journées européennes du patrimoine. I took part in the heritage traffic jam on the Sunday, and didn't do much more. However, we expected the steam train R.840, one of only a few in France, to make an appearance in Loches soon after the traffic jam finished so we hied our way from Ste Maure to Loches in anticipation.

The rain had stopped, the sun was out, but the train was nowhere to be seen. Unfortunately, due to a misunderstanding we were 22 hours late, so here's a photo of where I expected a train to be: 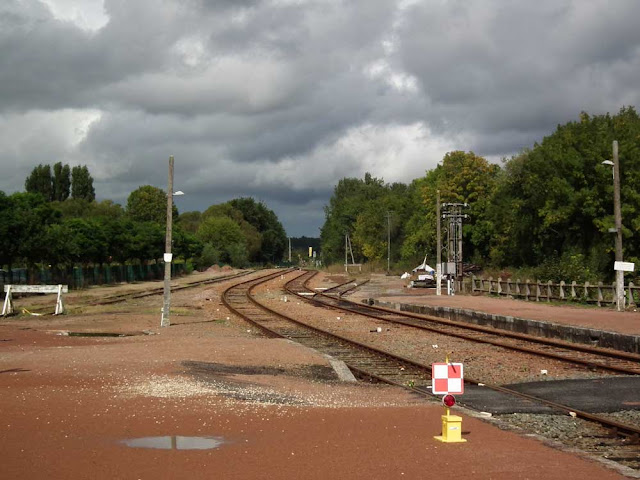 And a link to a video of the train in Loches on Saturday
Posted by Simon at 09:00

Thought we were the only ones that can do that !!!

Nope I used to be expert at misreading stuff. That's why I am always checking :) (again...)

What a let down. We arrived at an abbey and also chateau in France with great anticipation only to find that both had closed to the public for the summer season on the previous day.

Places being closed when you turn up keen to visit is always a downer.

It's a good job we asked as we might still be there waiting for it! 🤣