One day in May our walking club began their walk in Buxeuil and parked at the bakery there. On the wall of the building next to the bakery is a plaque which says 'The families from Anzeling were welcomed here on 7 September 1939'. 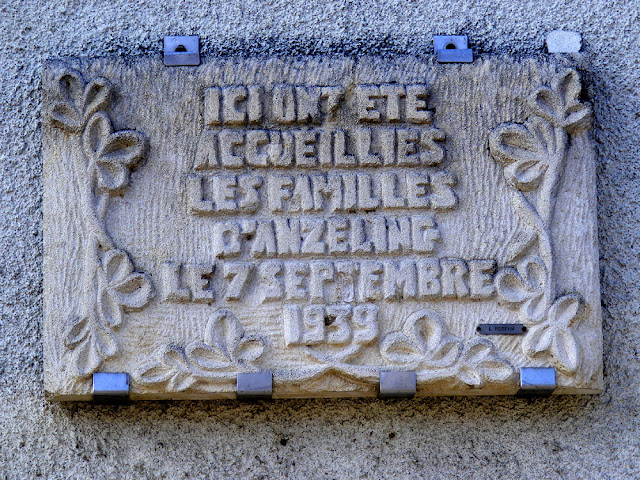 Anzeling is a town in Moselle and was right on the Maginot Line at the beginning of the Second World War. At the outbreak of war the inhabitants, fewer than 400 people, were evactuated to Buxeuil. One of the families seems to have been housed in one of the outbuildings of the Chateau de la Roche Amenon, 8km west of Buxeuil on the Creuse River. It is not clear if some of them stayed in the building in Buxeuil with the plaque, or whether they were simply welcomed to town here in the square. 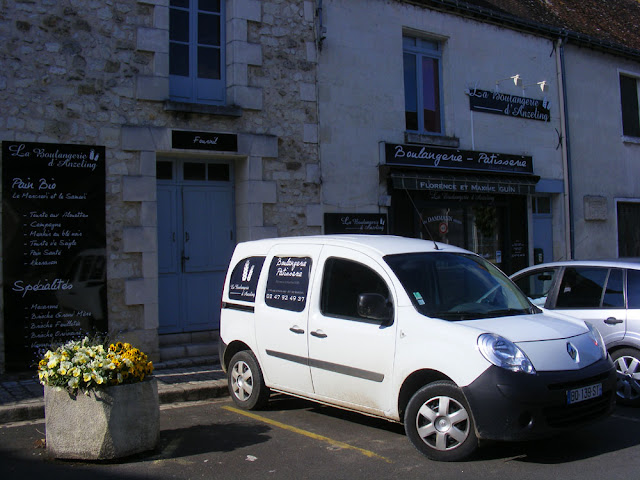 Apart from that, there does not appear to be any further information online about what happened to these families. No doubt if I knew the right local person to ask the story is still known by a few, but with our existing resources we failed to discover whether these people ever went back to Anzeling after the war, what they did while they were in Buxeuil and where else besides the chateau they might have been housed. (Update: I asked the baker next door to the plaque and he says the families all went back to Anzeling after the war, but he doesn't know where exactly they were housed when they came to Buxeuil.)