The Calais-Méditerranée Express was a luxury French night express train which carried wealthy passengers between Calais and the French Riviera from 1922 until 1938. It was referred to as "le train bleu" in French and the Blue Train in English because of its dark blue sleeping cars.

In 1930 a very unofficial race was held between a Rover car and the train. Although the car was stopped by heavy fog 5 hours into the run, the team decided to drive on to St Raphael (near Cannes, on the Mediterranean coast) and race the train back. This they were able to do, beating the train into Calais by 20 minutes. After that there were a number of other "races" notably involving Bentleys and Alvis cars. 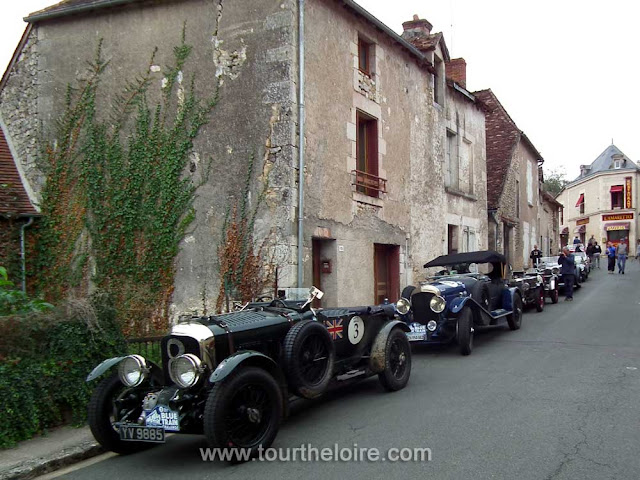 These days people who own vintage and classic cars can join the "Blue Train Challenge", a six day event from Deauville to Cannes. This year there was a scheduled stop at Angles sur l'Anglin, so on Sunday I collected Pauline in Célestine and we wandered off to see what was happening. 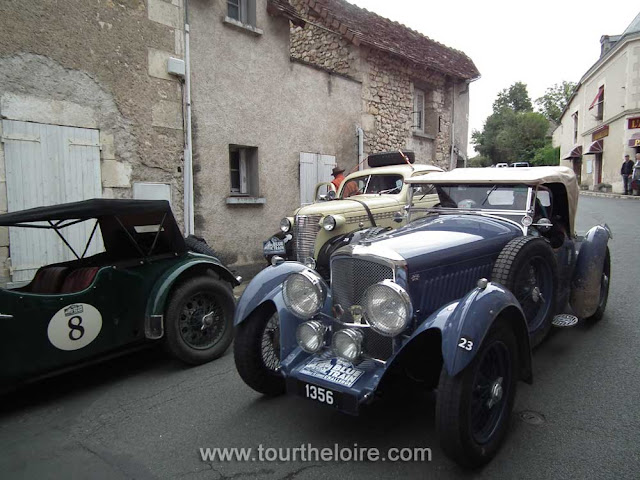 There was lots of cars (and spectators) and although Célestine isn't exactly a vintage GT machine people were just as happy to see us as they were to see the Bentleys, Alvises, Aston Martins, and a bevy of other 1930's, 40's and 50's exotica. 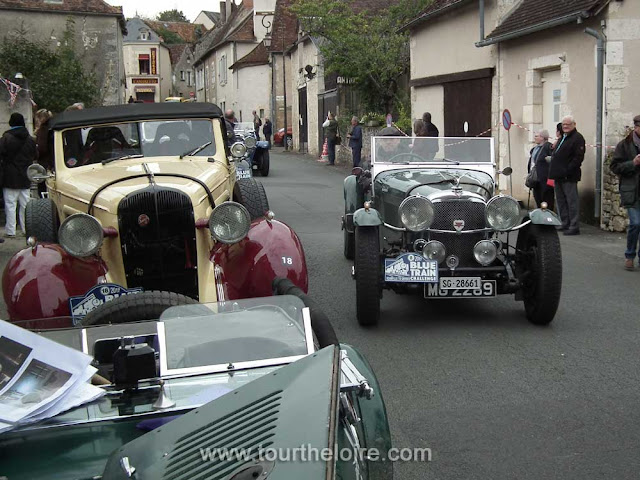 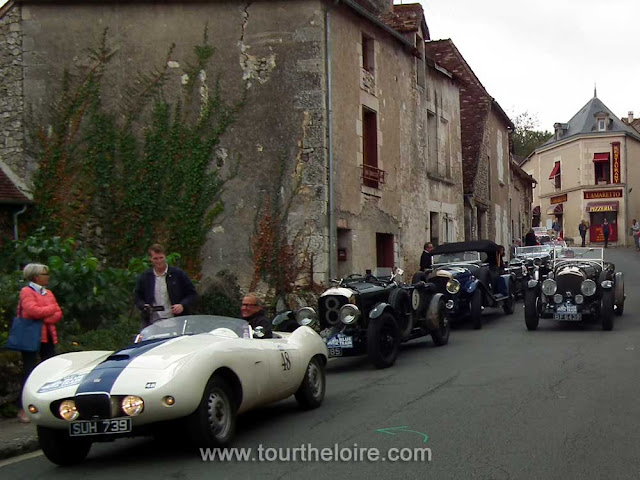 A full list of runners and riders is here. 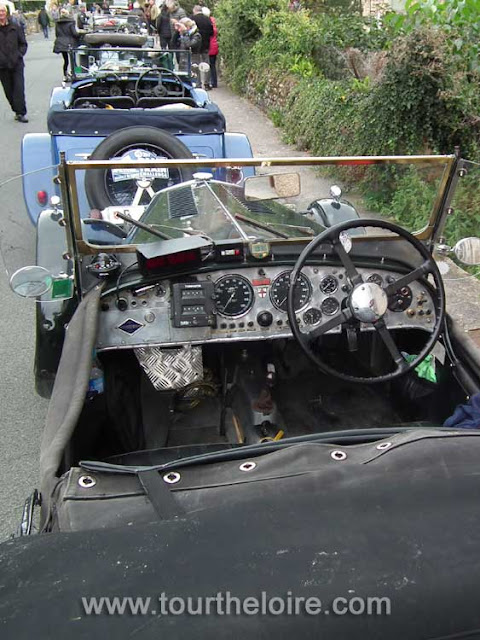 Email ThisBlogThis!Share to TwitterShare to FacebookShare to Pinterest
Labels: Angles sur l'Anglin, The Car and Driving

Thanks a bunch Simon.... I'm dribbling all over my tablet.
There's some lovely horsepower there.....

There was some very very expensive tin there. Very nice tin though... Think I would go for the Jag...

There is a restaurant in Paris called Le Train Bleu (Corsican specialities) where you can dine in one of the old cars from the famous train.

When we came back from Milan on the train a couple of years ago we thought we'd eat there, but it was too expensive for us. So we ate at the Montreux Jazz Café, which was very nice, and also in Gare de Lyon.