On Thursday Susan and I had dinner in Amboise, and then I drove Célestine home. It's the first time in almost two years I have driven Celestine in the dark, and boy, did she let me know who was boss....

The problem was electricity - with the headlights on she was drinking it like it was going out of style, and she wasn't recharging the battery. This means that by the time I got home 75 minutes later the headlights were little more than glow worms in a tin, and once the motor was off that was it - she wasn't going anywhere. Which was peeving, because I had plans.

Anyway - a day on the charger later (yesterday), Tim and Gaynor arrived to go to the Bouchonne de Ste Maure with us, and this time Celestine behaved impeccably. Yes, it rained, yes there were probably less cars than there could have been, and yes, many people didn't stay to picnic on the road (we did).

And yes, we had a great day. Here are some pics: 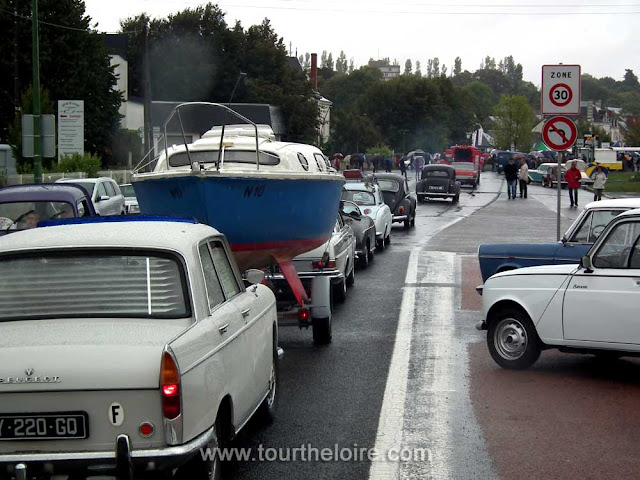 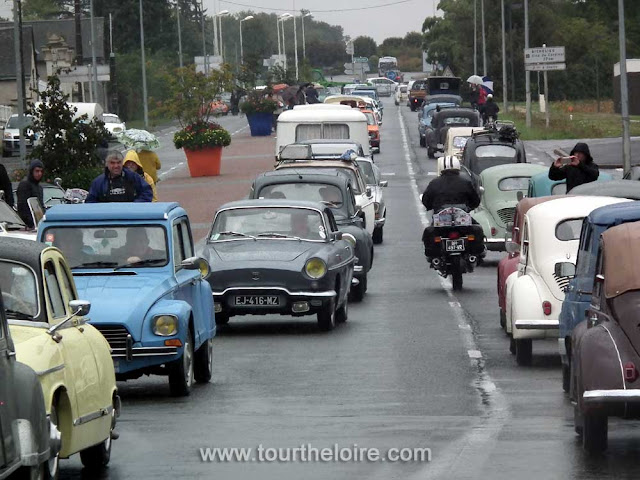 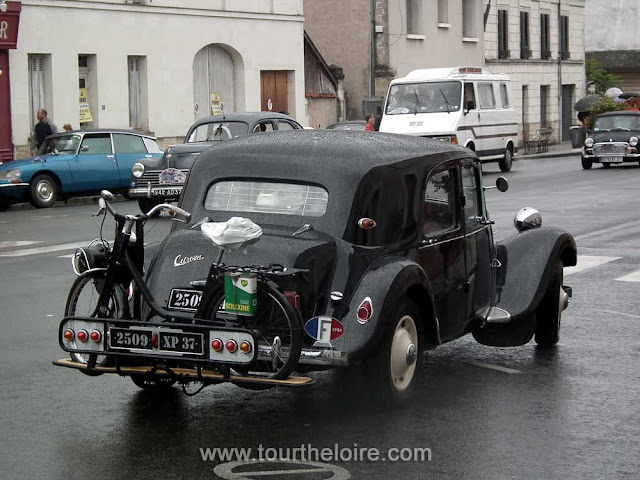 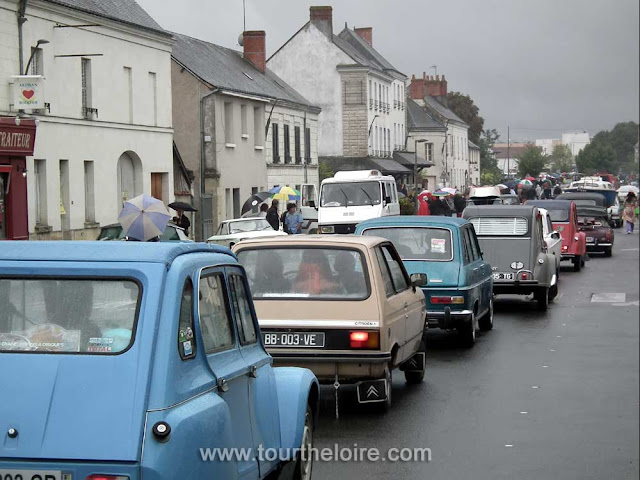 So now I have to sort out Célestine's electrics. I have a suspicion the battery isnt good.
Posted by Simon at 09:00

Plenty of 2CV's in the jam looking at your pics. We took ours up to Kendal for a trip out and surprise it was sunny!

Not as many as you might suspect. I think some were missing due to worries about the tent leaking.