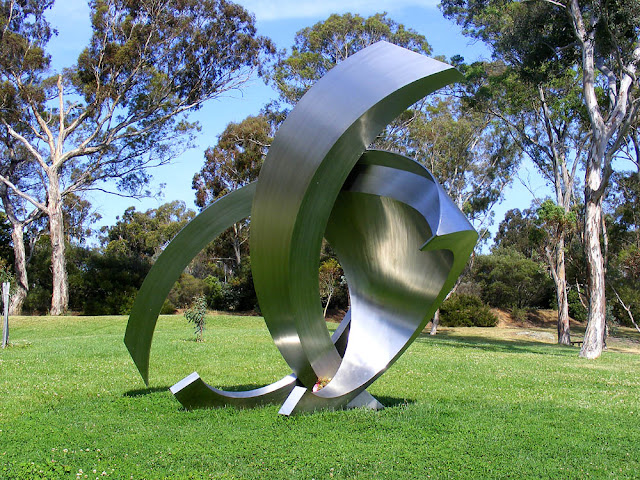 While we were in Canberra in November-December last year we took the opportunity to visit the recently dedicated memorial to the Montevideo Maru disaster at the Australian War Memorial. 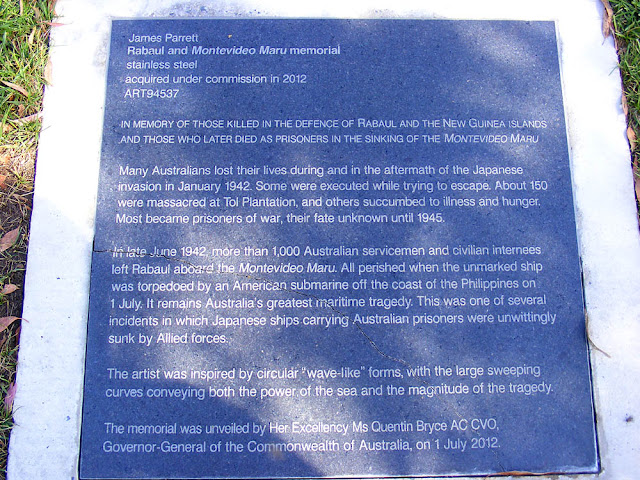 The Rabaul and Montevideo Maru Society has worked tirelessly to reveal the truth of this World War II tragedy. Members of my family attended the dedication ceremony in July 2012 because my great-uncle Eric was one of those killed in the action. 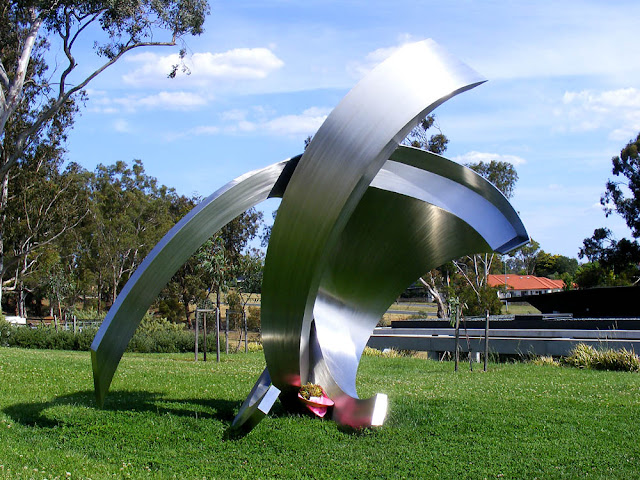 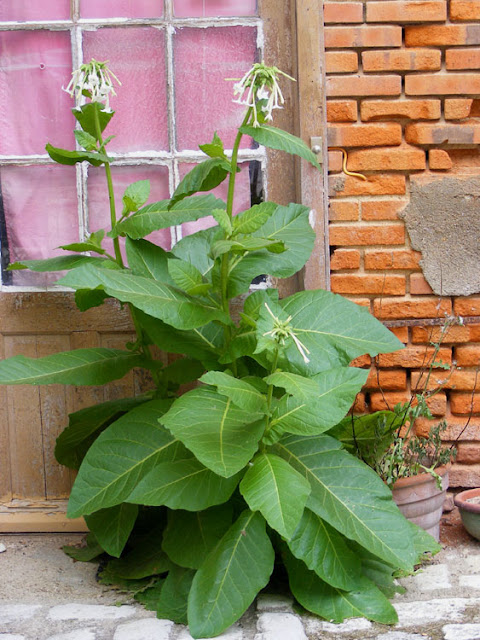 Can you tell that this door is never used? This extremely robust Night-scented Tobacco Nicotiana sylvestris is a volunteer, having self-seeded from last year. It's growing through a plastic mesh doormat into a tiny crack in the pavement. The stems are a good 30 mm in diameter.

**************************************
Chaumussay Butterfly Survey 30 June: The butterfly situation is still dire. No Fritillaries (except Queen of Spain on the hot dry limestone), no skippers, no forest species. I think the hairstreaks have emerged, but they were staying at the tops of the Downy Oaks and not coming down to be identified. Marbled Whites, Meadow Browns and Adonis Blues the most abundant species, but still nothing to write home about. The only remarkable presence is continuing high numbers of Pearly Heaths. However, I did have the pleasure of being accompanied on the survey by blog reader Mary and her husband Bill, who are from Arizona, but house sitting in Ferrière-Larçon until the beginning of August. I was pleased to be able to show them some of the nice natural history sites in the area and Bill got some excellent photos.
******************************************************
In the Kitchen Yesterday: Haemul Pajeon (Korean Seafood Pancake) - don't try and turn it, just put it under the grill.
Posted by Susan at 09:00

All I saw yesterday was one Painted Lady [well travelled!], a superb Comma [looked newly hatched] and a couple of Red Admirables [one all faded and torn.. the other not as bright as a newly emerged but smart nonetheless!]
No blues, no coppers, no browns, no hairy streaks, no whites....
but loads of assorted damselflies...

That 'baccy plant has leaves good enough to harvest... an uncle of mine used to grow his own on a South facing slope in Surrey... personally, I can't abide the smell of the leaves if handled... or even just brushed against.

There was a pavement dahlia in the village near me....the lady owner of the house behind it said it had been there before the pavement was put in.

Fly: Wow! I wouldn't have expected a dahlia to be so pushy and persistent. In Preuilly we also have a pavement Paulownia and a white Paeony.

Susan, Thanks for the wonderful afternoon and sharing your knowledge of insects and plants. Bill may have to get your help to identify his pictures. Mary

M&B: It was my pleasure.