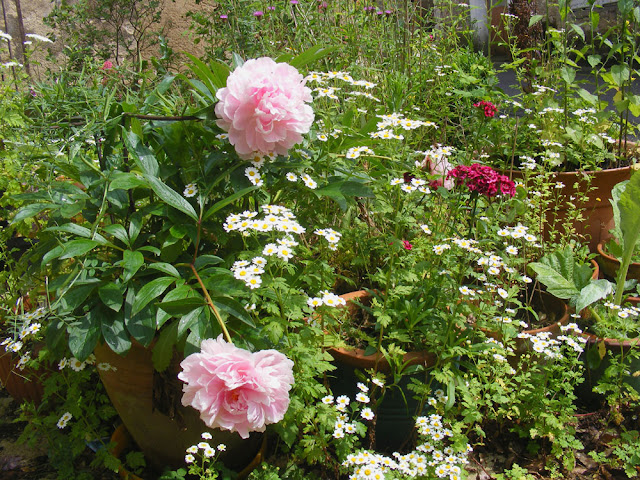 This photo of our front courtyard dates from a fortnight ago but I just hadn't got round to posting it on the blog. The pretty pink flowered paeony was given to me by my sister years ago when we lived in London. This year the buds opened and the very next day there was a deluge, before I had a chance to photograph the flowers. Amazingly, they survived the rain unscathed, so I made sure to photograph them the day after that, during one of our few bright and sunny episodes. The flowers lasted a week, despite being rained on almost every day. 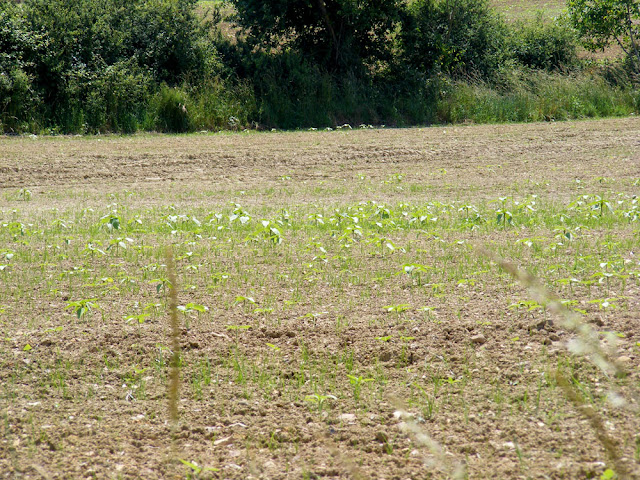 Love the paeonies. I never have any joy with them - neither here nor in Manchester. Perhaps I should try some pots instead, because they are really beautiful.

LJ: They are notoriously sulky if planted too deep or disturbed. They need lots of water and lots of feeding if in a pot. Mine has stayed in the pot because I dare not disturb it.

I love the paeonies, too! We have the same pale pink ones (my favourite), and a couple of darker pink ones, which Colin prefers. Long live your beauty!

here your best bet is to harvest the tops half of the hay by canoe. and more rain forecast.

Pearl: So you are having the wet too? Ours seems to have stopped and we've crashed into a heatwave now.