Events in and around Preuilly for February 2010

Foire au Safran: Preuilly's saffron fair is the third Saturday of February, which this year is the 20th. We have been the last three years and reported on it here and here. One of the highlights is the special dinner put on by the Hotel l'Image. My post about the saffron harvest is here.

Snowdrops are one of the early flowers to look
forward to in February. 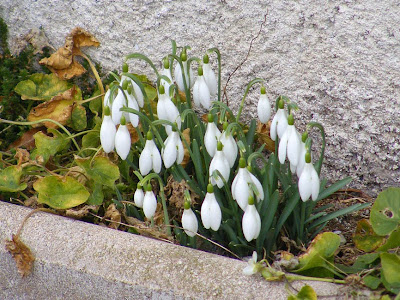 Concert Musique: Pianists Akiko Ebi and Jay Gottlieb will be performing at the Nouveau Theâtre de Châtellerault on Monday 22 February. The concert has been organised by Laurie Clement and starts at 20:30. Tickets are €18 and available from the Office de Tourisme Châtellerault.

February days can be cold, damp and misty as this one was... 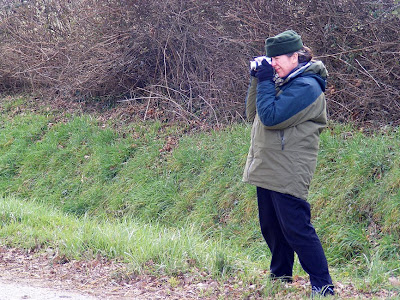 Crane Migration: The big wildlife event for February is the return of the Common Cranes Grus grus (la grue cendrée in French) from their warm southern wintering grounds in Spain, Portugal and south-western France. They fly up through France to lakes on the French-German border, then on to Scandinavia and the Baltic, snaking through the sky in great V-formations, sometimes just half a dozen of them, sometimes thousands at a time. Sometimes they fly at night, or so high you can't see them with the naked eye, but while they fly they vocalise with harsh cawing sounds to keep in touch with one another. It's this sound that many people in France look forward to every year as a true harbinger of spring coming. Sadly, not many cranes to fly directly over Preuilly, but you don't have to travel very far to have a chance of witnessing the spectacle. The cranes can be tracked on the Ligue pour le Protection des Oiseaux site, as they receive dozens of reports throughout the migration from professional and amateur crane spotters stationed at strategic locations. 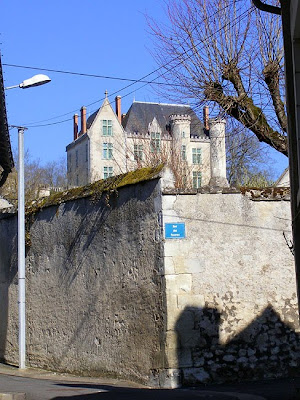 And for a reminder of what we were doing last February, you can read the story of Simon rebuilding the bathroom floor and Pascal repairing our burst water pipes.