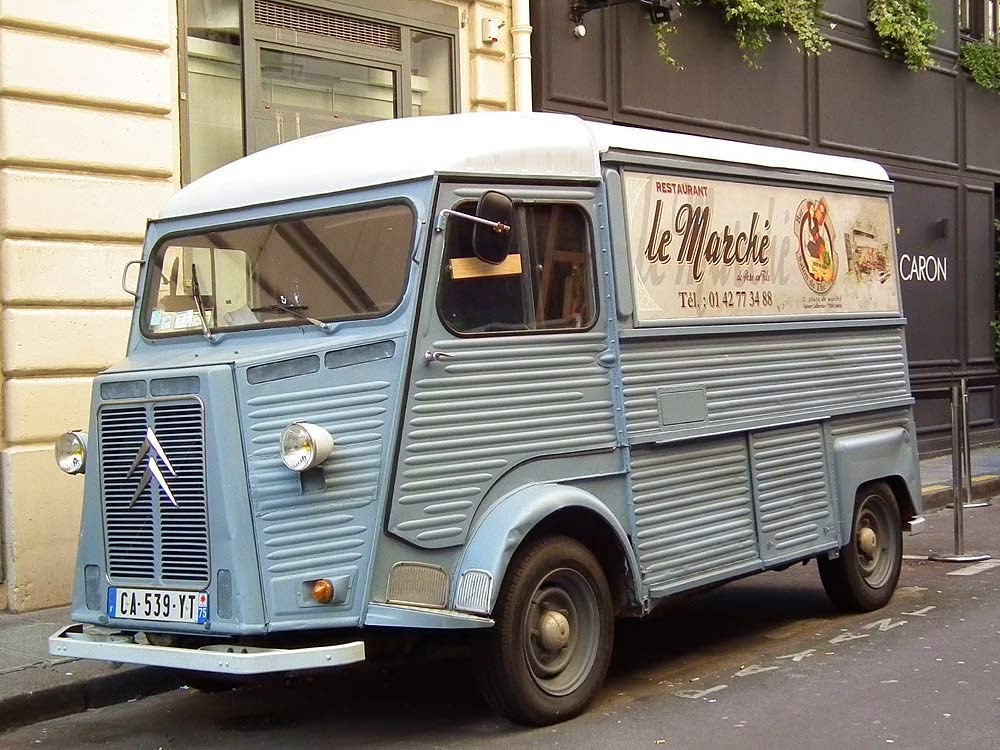 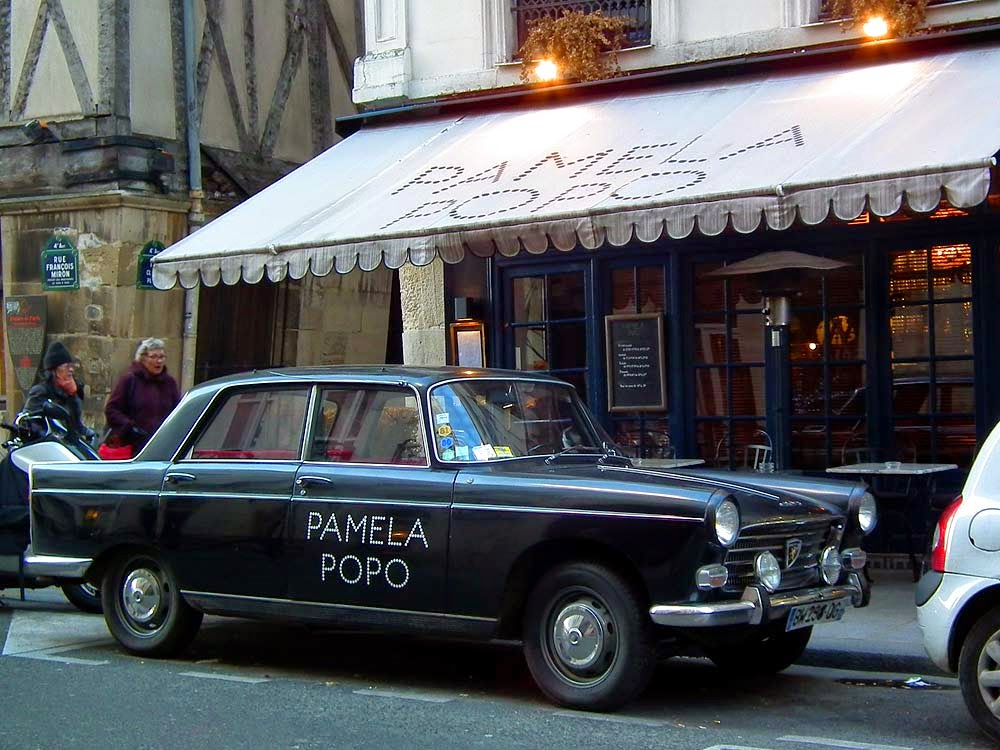 Both the cars were seen in the Marais area of Paris earlier this month, and appear to be in daily use. Until last Friday the Mayor had been quiet about the possibilty or otherwise of allowances being made for classic cars, which was a pity. Seeing these cars in use cheers a lot of people up, and brings back a lot of memories. When we are in Célestine or Claudette we have a lot of conversations with people whose families owned similar cars. It also meant that Paris would have lost more of its identity as the city began to look increasingly like any other city filled with plastic blobs.


However, last Friday Madame Anne Hidalgo (the Maire) issued a statement to say that VL (light vehicles - that's cars and motorbikes to you and I) built before 1984 will be exempt as "l’impact environnemental, en mobilité et en accidentologie des véhicules de collection est infinitésimal dû au km parcouru" (basically they are saying that people in old cars don't drive far enough or have enough accidents to make any difference). Which is good.

The main change is that the Autolib and other electric car rental schemes should become incredibly popular, and scenes like this increasingly familiar. 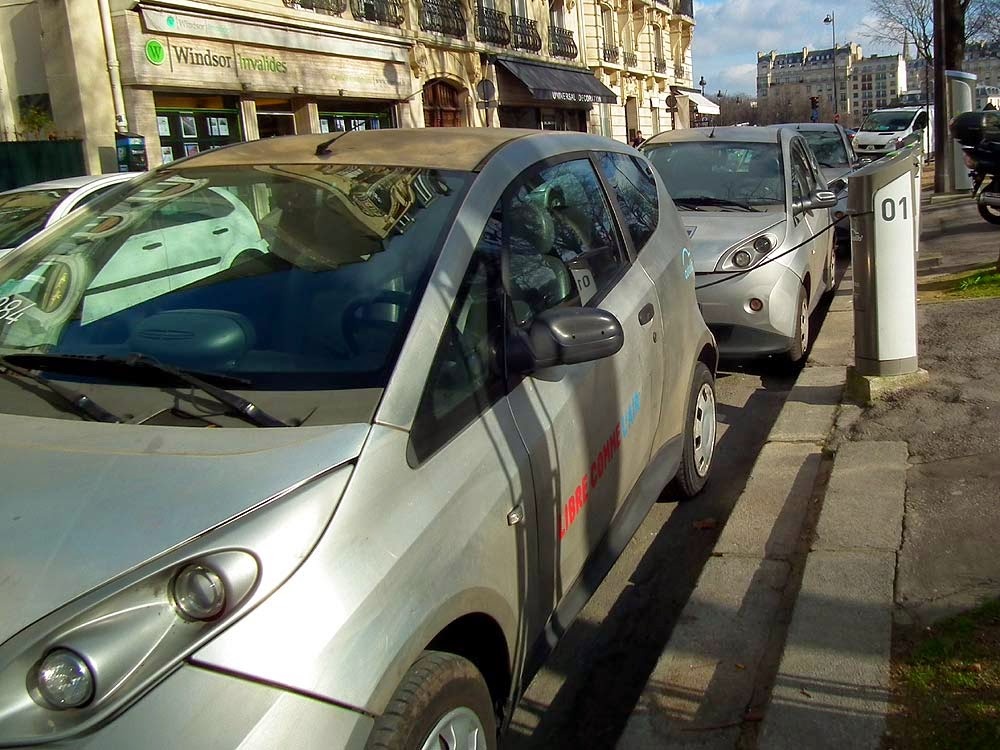 For those people who want to see more old cars, our RetroMobile album is here.

PS - Simon's advice is buy any cheap but functioning pre 1984 Renault 4l you see, as these will now increase in value.
Posted by Simon at 09:00

Email ThisBlogThis!Share to TwitterShare to FacebookShare to Pinterest
Labels: electricity, Paris, The Car and Driving

pre 1984 Renault 4l... why those in particular, Simon?
Surely ANY pre '84 car will do....
but according to the latest missive from the FFVA...
Ms. Port has said that... but it hasn't been confirmed to them in writing!
Also from the same missive... our two 2CVs and your two ladies wouldn't be allowed in...
they aren't registered as "historique"...
NOT that I'd risque toddling thro' Gay Paree in either of ours...
once halfway around the "Terriferique" at lunchtime was enough for me...
[took the wrong junction on the A85....]

I keep wondering... If Pamela Popo really does drive that old black Peugeot every day or even just once in a while, how does she keep that same parking space all the time. I took the same picture last October 29 when I was in Paris for a day. Does the mairie give her some kind of special reservation for the space?

I wondered that too.

I reread the FFVE communication and you are right. She has said that owners of classic cars don't need to worry, but hasn't put it in writing and the FFVE want to know exactly what the definition of 'classic car' is going to be. I don't see anything that indicates that Célestine and Claudette wouldn't be allowed in though...The expression véhicles de collection means 'classic cars'. It doesn't mean the cars have to have a carte grise de collection. I don't see anything referring to a register of historic cars...

Tim. I am not sure that is IS just CG collection. It mentions véhicules de collection built 1984 or before with no mention of the Carte Grise. I agree I wouldn't take the ladies to Paris, but I like the thought that one day I might participate in the Traversee....

And a 4L because they are small, more or less comfortable, economical, and massively underpriced. And the roofs don't usually leak :) At the moment a good runner will cost between €1k and €2k

I see what you mean... especially about price... but keep a close eye on the sills....
once the rot gets in there, they are a gonner!
Oh, and our roof didn't leak... it just rotted!!
I got it undercover BEFORE it had a chance to let the rain fall in.
It is Lotus Elans that leak... all around the doors!!
And as for the FFVE thing...
I am reading 'twixt the lines...
especially if everyone does whjat Simon says....

Well I expect that's what the 2CV tour people think at any rate!